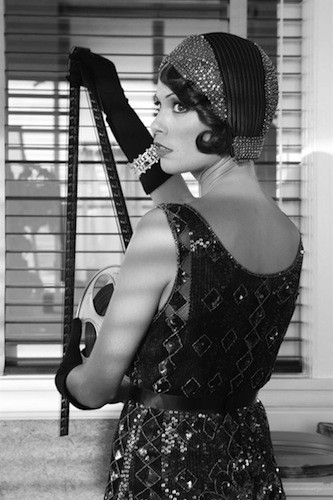 THE ARTIST (2011). Although its cribbing from Singin' in the Rain, A Star Is Born and more means that this black-and-white silent picture sometimes runs short on invention, it easily makes up for it in style, execution and a cheery disposition that's positively infectious. Jean Dujardin plays silent screen star George Valentin, whose chance encounter with a young fan named Peppy Miller (Berenice Bejo) contributes to her eventual rise in the industry. The pair clearly harbor feelings for each other, but George finds himself trapped in a loveless marriage (Penelope Ann Miller sympathetically plays his estranged spouse) and relies on his dog Uggie and his faithful chauffeur Clifton (James Cromwell) for companionship. The matrimonial strife soon takes a back seat to a dark development, revealed when studio head Al Zimmer (John Goodman) informs him about the inevitable advent of sound in motion pictures — a revolution George myopically dismisses as a short-lived fad. Instead, this cinematic breakthrough all but destroys his livelihood. Nothing in writer-director Michael Hazanavicius' homage to the silent era can quite match the sort of edgy genius commonly found in actual comedies of that time — works by the likes of Charlie Chaplin, Buster Keaton and Harold Lloyd — and in most regards, it even falls short of the splendor offered by its fellow silent-cinema enthusiast, Hugo. Yet this was still one of last year's top releases, thanks to its dynamic visual appeal and the enchanting turns by Dujardin and Bejo. Among its many accolades, this earned five Oscars, including Best Picture, Director and Actor.

Blu-ray extras include a making-of featurette; a Q&A with the cast and filmmakers; a blooper reel; and a short piece on location-shooting. 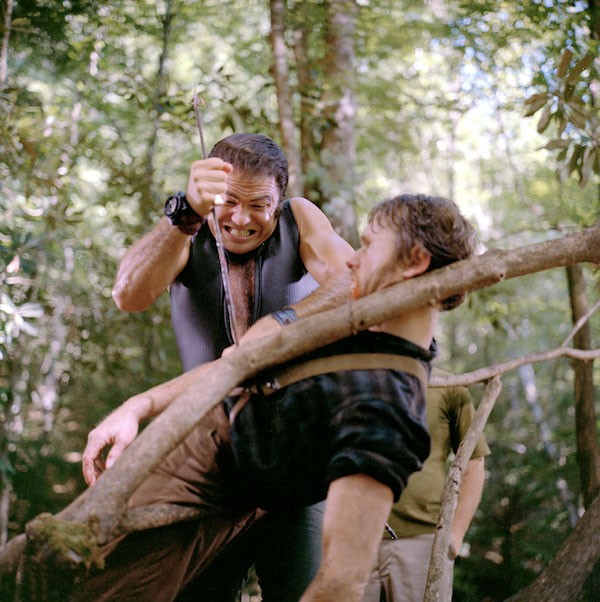 DELIVERANCE (1972). The Appalachian terrain is the setting for this gripping drama in which the notion of the "civilized" man bumps up against nature and barely makes it out alive. Four Atlanta businessmen — pensive Jon Voight, macho Burt Reynolds, whiny Ned Beatty and affable Ronny Cox — get away from it all by embarking on a weekend vacation highlighted by a canoe trip, unaware that a pair of repulsive hillbilly rapists (chillingly played by Bill McKinney and Herbert "Cowboy" Coward) lurk in the deep, dark woods. This powerful adaptation of James Dickey's best-selling novel finds director John Boorman establishing a sense of menace almost from the start, and the "squeal like a pig" sequence continues to haunt viewers even decades after the fact. In one of his best parts, Reynolds excels as a rugged athlete who best understands the milieu's "survival of the fittest" code, while Voight scores as a mild-mannered sort who discovers unexpected reservoirs of heroism bubbling up within him. The "Dueling Banjos" sequence, in which Cox's character tries to keep pace with the playing of an illiterate mountain boy (Billy Redden), has become a classic in its own right. This earned Oscar nominations for Best Picture, Director and Film Editing.

Already available on Blu-ray, Deliverance has been reissued as a Digibook with over 40 pages of photos and facts. Disc extras include audio commentary by Boorman; cast remembrances; an hour-long, four-part retrospective; and a vintage featurette. 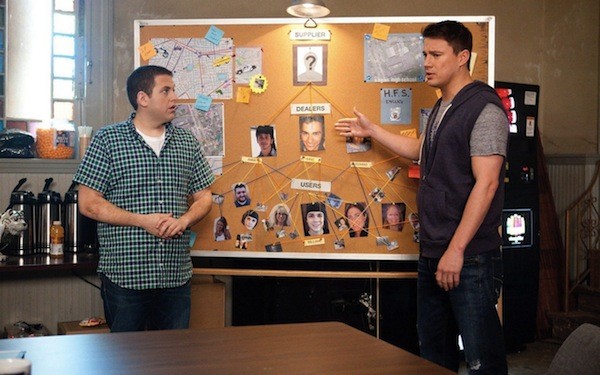 21 JUMP STREET (2012). Who, aside from maybe Jonah Hill's agent, saw this coming? In an era in which it frequently seems as if Hollywood can do little else but feed on the festering parts of this nation's kitschy past (The Smurfs, Transformers, etc.), there wasn't exactly a clamoring for a big-screen update of an 80s cop show primarily known for putting Johnny Depp on the map any more than there was a demand for a film based on a board game about battleships. And yet here we arrive at 21 Jump Street, and it actually turns out to be an inviting place to visit. Hill (who co-wrote the script with Michael Bacall) and Channing Tatum respectively play Schmidt and Jenko, two rookie cops assigned to a special unit in which all the officers go undercover as high school students in order to bust various crimes. The outfit's commanding officer (Ice Cube, always a welcome presence) orders the pair to find out who's pushing a deadly drug at a local high school. Jenko, a popular slacker during his own high school days, looks forward to heading back to class, while Schmidt, who was a miserable nerd during that period, dreads it. But they unexpectedly find their social standings reversed, with Schmidt becoming known for throwing killer parties and Jenko hanging out with the chemistry set. 21 Jump Street offers an acceptable number of hearty laughs (albeit most packed during the first half), yet what's most refreshing about the film is how it acknowledges its own narrative absurdities and retreaded tropes in a manner that's neither forced nor self-congratulatory (love the running gag about exploding vehicles). 21 Jump Street wears its cool comfortably, and its nerdiness just as effectively.

Blu-ray extras include audio commentary by Hill, Tatum and directors Phil Lord and Christopher Miller; a making-of featurette; 20 deleted scenes; a gag reel; outtakes featuring Ice Cube; and a look at Depp's involvement with the film.