Tearing down the houses

The end of the road for Boulevard Homes? 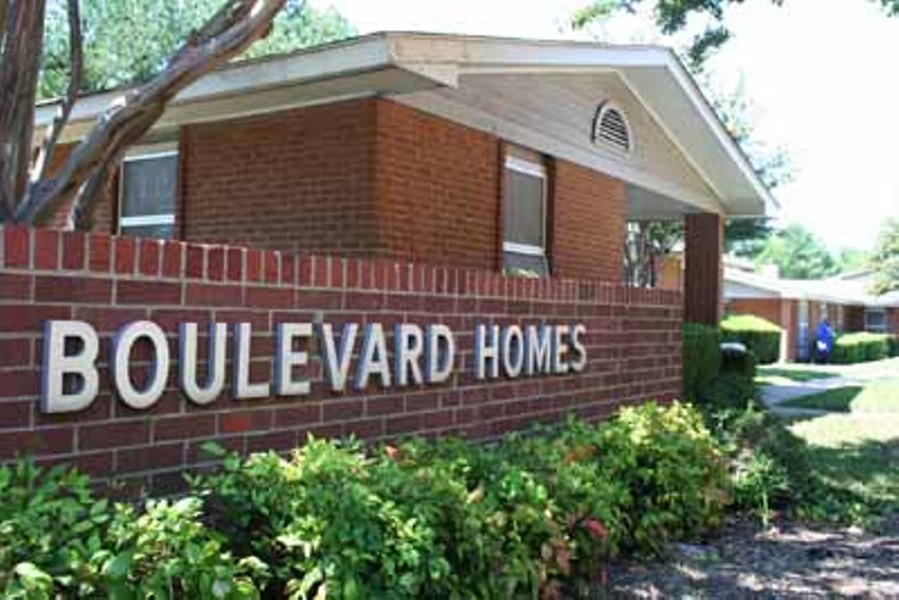 One of the city's most distressed neighborhoods could be getting an extreme home makeover, but unlike what happens on the popular TV show, many of the residents won't be around to enjoy it.

Nevertheless, news that the Charlotte Housing Authority wants to tear down Boulevard Homes, relocate its residents, and replace the public housing complex with mixed-income housing hasn't got many residents up in arms.

If anything, many residents are worried most about the hassle and stress of moving. Others are hoping to move to safer environs. Others are simply resigned. Boulevard Homes, several acknowledged, needs work. Lots of it.

"I wanted to move earlier," said a woman who identified herself as Miss T. "Most people are relieved. They're glad to be moving."

Most people, maybe, but far from all: Rhonda Thompson, a resident for three years, isn't happy about the possibility of moving. Then again, she shrugged, "It might be for the best, with all the violence [around here]. Who knows?"

The complex's repair needs and its crime are reasons why the housing authority wants to raze the project. Built in 1970, the 300-unit complex has been a magnet for crime. The neighborhood needs an estimate $30 million in infrastructure improvements, according to a recent city quality of life survey. And its design -- concentrated low-income housing -- is viewed by many planners and affordable housing advocates as encouraging the spread of social ills.

Such ills aren't in short supply at the complex off West Boulevard. The crime is higher than the city's average. Unemployment is also high, and 75.3 percent of residents receive food stamps. Meanwhile, only 25.9 percent of children score at or above grade level on standardized tests. The median income of its more than 1,000 residents is $14,034, compared to the city's median is $47,620.

Duana Edwards, who's lived at Boulevard Homes for 37 years, wasn't happy about moving, although she does worry about crime at the complex. "I don't really want to go, but that's what you've got to do," Edwards said.

CHA officials envision replacing the units with mixed-income apartments and condos similar to developments such as Seigle Point, just outside the Interstate 277 loop. Seigle Point's new residents are moving in, and CHA expects to have a grand opening celebration in late October, said spokeswoman Jennifer Gallman.

He and Gallman did not respond to calls seeking further comment.

Local government support is necessary to win the federal grant they'll need to redevelop the area. Without it, CHA could instead try to rehab the community with existing resources and possible assistance from the Housing Trust Fund.

If the grant application is successful, those 1,000-plus residents will be moved elsewhere in the city. Residents would be offered spaces in public housing, or they could be eligible for Section 8 vouches, Gallman said. "In past history, residents have gotten their number-one choice."

The grant, administered by the U.S. Department of Housing and Urban Development, can be for a max of $20 million. CHA must apply for it by summer 2009 or early fall 2009. City funds would need to be set aside for the project in 2010 or 2011.

Once developed, former residents would have first dibs on the new units. But the development won't have as many low-income apartments, so not all residents will be able to return. The new Seigle Point, for instance, includes about 500 units, but only 152 are subsidized (the redevelopment money also was used to build units elsewhere, including 310 subsidized).

Such redevelopments fill a pressing need. Charlotte lacks more than 11,000 housing units for families earning less than $16,000 a year, according to a 2005 city report.