Sympathy for the Devils?

The Ethics of a Generation

When did I learn? I was a first-semester freshman at a college in New England, slow-dancing blissfully in a sleazy roadhouse with a woman whose face I can't remember, my head buzzing with Narragansett draft beer, an innocent working on a new image and full of confidence in his future. A minute later I was unconscious on the floor with the imprints of two lead-weighted nightsticks on my precious middle-class skull. The woman, to whom I was unfailingly courteous, was, alas, a jealous bartender's wife. I survived, with a severe concussion; for two years I slept sitting up to ward off vertigo. Whether I suffered permanent damage is your call, not mine.

Your world can upend itself in an instant, in the blink of an eye. If the lacrosse team survivors have learned these things alone, they are on a faster track to enlightenment than their university. Duke and many other schools, elite and less so, will eventually learn to their great sorrow that the decision to coddle athletes and deify coaches was a seductive wrong turn toward academic irrelevance and institutional ruin. The myth of the "scholar athlete," incorporating "graduation rates," "clean programs" and the rest of that tired fraud somehow survives daily bulletins on the multiple felonies and gross misdemeanors committed by current and recent college athletes.

Prominent on a recent police blotter for scholarship miscreants was Duke lacrosse midfielder Peter Wilson, charged earlier this month with marijuana possession and driving while impaired. Wilson, evidently not a quick study at these life lessons the team has been learning, registered an alarming 0.21 blood-alcohol level on the Breathalyzer. Sweet timing, Peter. After suspending Wilson indefinitely, Duke president Richard Brodhead allowed that he was "disappointed." What he really meant was that Wilson may soon be found in a shallow grave with a big blue "D" branded on his forehead.

On the same sports page, we read that a new contract for the women's basketball coach at the University of Tennessee has pushed UT's budget for two basketball coaches and a football coach past $4 million, enough to hire a whole new faculty and buy half of them new cars. Of course, that's chump change to Duke's Coach K -- not just a coach, his commercial says, but "a leader." In lieu of leading, the great coach seems to have retreated to an underground bunker with his image engineers, afraid or disinclined to say a word about the scandal that has substantially devalued the turf he rules by divine right. My god, what if some blue-chip basketball recruit, intimidated by a school so tough that even the lacrosse team commits felonies, should switch to a safer campus like Stanford or Syracuse?

Sympathy for the devil, if he's a Blue Devil, is often tough to find in North Carolina. There are reasons for that; few of them relevant here. But it's not hard to feel pity for Brodhead, an Ivy League scholar who took the helm at Duke just in time to test his survival skills on the perfect storm. His helmsmanship thus far has not inspired confidence. For his university, there's no happy ending I can script. If the party boys are found guilty, it's a permanent black eye, a setback no NCAA trophies can erase; if they go free -- even without a shadow of doubt on their innocence -- Duke's conspicuous presence as the rich white school in the poor black town is infinitely more precarious.

Compassion begins with the woman who says she was raped. The media campaign against her credibility, like those attacks on the district attorney for election-year grandstanding, is the work of defense lawyers on fat retainers. They're just doing their jobs, which aren't always pretty ones. If you feel compelled to believe their smear attempts, you're the one who might catch a glimpse of your inner racist in the mirror. 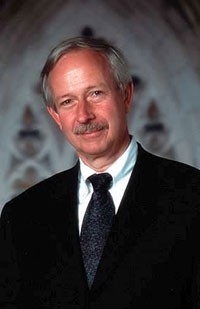 It's not impossible to feel sorry for Duke; I have some very smart friends on the faculty, few of them guilty of the original sin of jock worship, and many of them furious, ready to purge the athletic department from Coach K on down. It's not impossible for superannuated campus bandits like me to feel sorry for wild boys who drink away their perspective. But before I'd enter a plea for compassion, I'd have to be sure the kids involved (no need to call them "men" at this point) are cut from essentially the same cloth as the ones I knew 40 years ago. They'd need to convince me that their beliefs and values at this critical stage of their lives make sense.