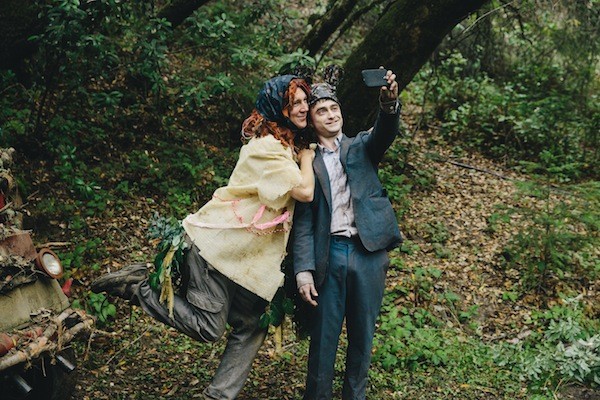 Here's the thing: Contemporary cinema is so starved for fresh ideas and offbeat approaches that it becomes easy to gravitate toward anything that looks different, toward anything that looks as if it could be as uncompromising, as out-there and, frankly, as brilliant as David Lynch's Eraserhead or Spike Jonze's Being John Malkovich. Swiss Army Man, emerging from the festival circuit with ample buzz, looked as if it could be such a picture. Its helmers are Dan Kwan and Daniel Scheinert (collectively known as The Daniels), the jokers responsible for the dazzling music video for DJ Snake and Lil Jon's glorious party anthem "Turn Down for What." With its pulsating penises, bouncing boobs, and gonzo artfulness, the video was the perfect calling card to present to a film industry needing something new.

Alas, Swiss Army Man isn't the cinematic savior we required. The fine performances by Paul Dano as a suicidal castaway and Daniel Radcliffe as the flatulent corpse who becomes his BFF (as opposed to his BFG) aren't nearly enough compensation when matched against a screenplay that's isn't innovative as much as it's simply idiotic. Incessantly annoying with its mix of sophomoric humor and studied affectedness (in much the same way as Fight Club appealed to insecure and untethered Generation X/Millennial males, this film is guaranteed to become a hipster fave and a rallying point for years to come), the picture also manages to grow exceedingly tedious, a real feat considering its unique trappings.

Or are they really that unique? By the end, it becomes apparent that this has basically been a dude-bro movie about a stunted man-boy with both a penchant for scatological situations and a firm belief that harassing uninterested women is his God-given right as an American male. So how is this different from every third film hitting the multiplex these days?