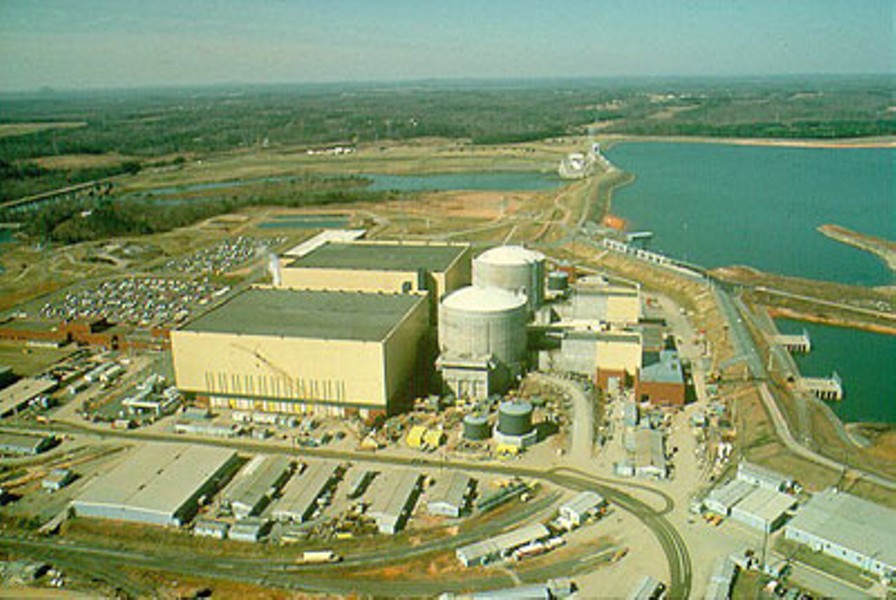 Charlotte has the unsettling distinction of being the only city on Earth with four nuclear reactors within 25 miles of its downtown -- two each at McGuire Nuclear Station on Lake Norman and at Catawba Station in York County, SC. Up to 200,000 people stand to be in a 10-mile zone around McGuire at any given time, about a half-million in a 30-mile radius. Nearly 160,000 people live in the 10-mile zone around Catawba Nuclear Station, just across the South Carolina border. According to a government-funded study by Sandia National Laboratory, people who live within 35 miles of a nuclear plant meltdown would have to leave their homes and businesses, and would likely never be able to return.

In a post-9/11 world, it would seem that the security of the McGuire and Catawba stations -- potentially Charlotte's greatest risks -- would demand a particularly high degree of vigilance from the Nuclear Regulatory Commission (NRC), the Homeland Security Department and local officials.

But state and local officials have next to nothing to say about the plants' security -- all plant operations and safety requirements are under the sole direction of the NRC.

Another problem is that before 9/11, the nuclear industry had a fairly shaky security record, including guards found sleeping at their posts at some plants (not at McGuire or Catawba) and a 50-percent failure rate among the nation's nuclear plants during mock terrorist attacks.

In addition, commercial airplanes are allowed to fly over US nuclear plants even though the plants weren't designed to withstand the impact of aircraft crashes or large explosions. Compare that to key nuclear plants in France, which are off-limits to flyovers and protected by anti-aircraft guns.

Before 9/11, security problems at McGuire and Catawba essentially mirrored those of most other American nuclear plants:

• Vulnerability to catastrophic damage from an airplane crash.

Since 9/11, a debate has raged over how large the radiation release, if any, would be if a large airplane crashed into a nuclear plant, particularly the plant's containment buildings. We find that the weight of evidence strongly suggests a plane such as the ones that brought down the Twin Towers could crash through McGuire's containment building dome without much trouble. (FYI, the dome is one-and-a-half inches of steel on top of three-feet-thick concrete).

It's debatable whether a plane that crashed through the dome could then break through to the reactor core, which is protected by another five feet of reinforced concrete and a four-feet-thick leaded concrete bio-shield with 1.5-inch-thick lining. But even if the plane didn't reach the reactor, it could still cause a major release of radiation if any of the pipes that carry steam or water in and out of the reactor were broken.

In that case, you can pretty much count on a core meltdown and release of radiation unlike anything seen since Chernobyl. Deadly plumes of radiation would travel 40 or 50 miles out from the plant. No one could live within a zone that includes Huntersville, Cornelius, Davidson, Concord Mills Mall, and into parts of Kannapolis, south to around Dilworth in Charlotte, west through Belmont, and on to the outskirts of Gastonia. If it was raining during the meltdown, the uninhabitable area could stretch all the way to Columbia, Greensboro and the outskirts of Fayetteville. [See SIDEBAR for more information about the studies and the interviews on which we based our findings.]

The large quantities of spent fuel rods stored at McGuire and Catawba, if attacked, could pose an equally dangerous threat. What are spent fuel rods? After the fission of uranium generates heat and the fuel is spent, the highly radioactive heart of the reactor -- an assembly of fuel rods -- must be stored and cooled in water for eons. McGuire has more than 2,000 of these assemblies stored in its fuel pools; Catawba has about 1,800. Spent fuel rods contain one of the most lethal sources of radiation, second only to that found in the reactor core. Unlike the containment buildings, which have seven reinforced layers of protection between the core and the outside world, the lethal radiation in spent fuel pools at Catawba and McGuire is protected by just two feet of reinforced concrete and another two feet within the pool itself, which is located just below ground level.

An October 2000 NRC study of spent-fuel-pool accident risk found that half the commercial airplanes flying today could likely penetrate the reinforced concrete walls around the pools and compromise the support and containment systems, causing coolant to drain out and the irradiated fuel to be uncovered. The uncovered fuel could catch fire with catastrophic results, even years after its removal from the reactor core.

One type of threat has had the attention of industry insiders for a long time: an intrusion onto nuclear plant property via ground attack by terrorists. Depending on the size of the attacking force, its available firepower and the sophistication of its leadership, a ground attack could overwhelm plant guards and additional guards called in to help repel the attack. If the attackers were successful in getting onto the grounds, they wouldn't need to get to the containment building; they could either take over or destroy the control room, either of which could result in the release of lethal levels of radiation.

After 9/11, the Nuclear Regulatory Commission pulled together a new, more stringent plan for protecting nuclear plants. The specifics of the plan are classified, but according to Rose Cummings of Duke Power's Public Affairs department, security forces at nuclear plants were increased to approximately 8,000 officers at 64 sites. Cummings says the industry has also implemented new security measures which include: extending and fortifying security perimeters, installing new barriers to protect against vehicle bombs, increasing patrols within security zones, as well as installing high-tech surveillance equipment and strengthening coordination of security efforts with local, state and federal agencies.

In 2003, the US General Accountability Office -- an independent, nonpartisan agency that studies and advises the government on how its agencies are being run -- identified serious problems with the NRC's oversight of nuclear plant security. A year later, the GAO found that little had been accomplished to address some of those shortcomings: the NRC's assessment of individual plant security plans is merely a "paper review" and lacks detail sufficient to determine whether plants can repel an attack; security plans are largely based on a template that often omits key site-specific information; NRC officials do not typically visit plants to obtain site-specific information; NRC readiness tests at all facilities will take three years to conduct; the NRC does not plan to make the improvements to its inspection plan.

In addition, the GAO criticized the obvious conflict of interest in how the NRC conducts mock attacks on nuclear plants. The "adversary force" in the attacks are from a company named Wackenhut, which guards half the country's reactors. The GAO implies the federal government deliberately stages "softball" mock attacks to give the impression of plant security, but even then, the "attackers" penetrate plant defenses in half their attempts and initiate simulated catastrophic radiation releases. And that's after the "defenders" have been given advance notice of the precise time of the exercise and reinforced their defenses in anticipation.

In a March 2004 move that raised eyebrows at watchdog groups such as Public Citizen, the NRC proposed allowing plant operators to rely on manual, rather than automatic, shutdowns of equipment in areas surrounded by smoke, fire and radiation. Public Citizen claims this is a weakening of fire safety regulations and would make it harder for a reactor to be safely shut down in the event of a fire caused by a terrorist attack. The NRC has been accused of wanting to water down the rule because many plants are not actually in compliance with current fire protection regulations. Calls to the NRC for comment were not returned.

Meanwhile, here are the changes that have been made since 9/11 in the critical areas identified above:

• Vulnerability to catastrophic damage from an airplane crashing into one of the stations' buildings.

The American nuclear industry still believes there is only a remote possibility of a jetliner crashing into a nuclear plant, therefore they haven't done anything to lessen the chance of it happening. In fact, in 2002, when the US Senate Environment and Public Works Committee approved legislation that would have required nuclear plants to withstand attacks comparable to 9/11, the Bush administration opposed the bill and worked with the NRC and the Nuclear Energy Institute, the nuclear plant owners' trade association, to stop it. The bill was never voted on by the full Senate. Since then, the NRC and the Bush administration have continued to oppose congressional efforts for additional security regulation.

Details of recent security exercises against a mock terrorist attack are not available, but in the past, the NRC never tested the security of spent fuel storage. Instead, the intruders' target was always the reactor. Some of the changes mandated by the NRC since 9/11, including fortified perimeters, new barriers to block car bombs, increased patrols and new surveillance equipment, would be helpful in thwarting a ground attack on storage pools, although an attack by air would scarcely be affected.

As noted above, changes made at the direction of the NRC would be helpful in turning back a ground attack on a nuclear plant. Eventual success of the defense of the plant would also depend on security personnel training and the resources available to the attackers.