Avengers: Infinity War got a jump on the summer movie season by opening the last weekend of April, but there are plenty more titles to fill out the official seasonal slate. Over 50 movies are expected to debut locally between the start of May and the end of August. Here are sneak peeks at some of these films – one per release date – followed by checklists of the remaining titles. 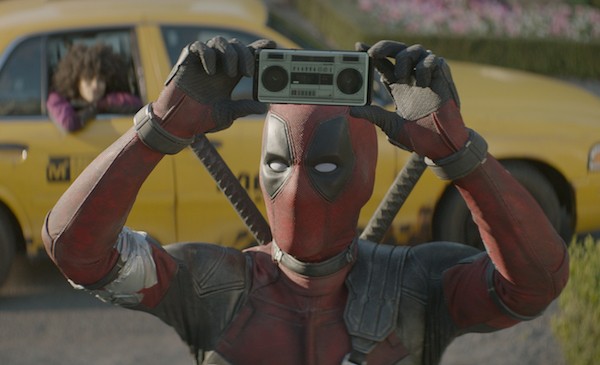 MAY 4: The duo behind Juno — director Jason Reitman and Oscar-winning scripter Diablo Cody — team up again for Tully, starring Mackenzie Davis (Blade Runner 2049) as a young nanny who assists a harried mother (Charlize Theron) of three.

MAY 11: Following in the footsteps of Rodney Dangerfield’s Thornton Melon, Melissa McCarthy heads back to school in Life of the Party, a comedy in which a neglected housewife decides to join her daughter (Molly Gordon) at college. Also: Breaking In.

MAY 18: Although the plot of Deadpool 2 will find the wisecracking hero (Ryan Reynolds) protecting a young boy from Cable (Josh Brolin), the studio synopsis cheekily explains that, “after surviving a near fatal bovine attack, a disfigured cafeteria chef (Wade Wilson) struggles to fulfill his dream of becoming Mayberry's hottest bartender while also learning to cope with his lost sense of taste.” Also: Book Club; Pope Francis — A Man of His Word; The Rider.

JUNE 1: The owner (Johnny Knoxville) of a dilapidated and dangerous amusement park rallies his friends when a rival theme park opens in the area in the comedy Action Point. Also: Adrift.

JUNE 15: Fourteen years after the Oscar-winning original, The Incredibles 2 hits theaters, this time with Bob (voiced by Craig T. Nelson) forced to stay home with the kids while wife Helen (Holly Hunter) stays occupied with a series of secret missions. Also: The Seagull; Superfly; Tag.

JUNE 22: Chris Pratt and Bryce Dallas Howard return for Jurassic World: Fallen Kingdom, in which their characters attempt to save the dinosaurs from an island about to be destroyed by a brewing volcano.

JULY 4: The First Purge is not a sequel but a prequel, as the events that led up to the original film’s law of lawlessness are detailed.

JULY 6: Ant-Man and the Wasp, the follow-up to 2015’s Ant-Man, finds Scott Lang (Paul Rudd) teaming up with Hope van Dyne, aka the Wasp (Evangeline Lilly), for a mission overseen by Dr. Hank Pym (Michael Douglas).

JULY 13: In the action thriller Skyscraper, a former FBI agent (Dwayne Johnson) has to contend not only with a towering inferno but also with the fact that he’s been framed for causing the rampaging fire. Also: Hotel Transylvania 3: Summer Vacation.

JULY 20: Amazingly, The Equalizer 2 will be the first sequel in Denzel Washington’s lengthy career as a leading man, with the two-time Oscar winner returning to the role of taciturn do-gooder Robert McCall. Also: Mamma Mia! Here We Go Again.

JULY 27: Plot points are still vague, but Mission: Impossible – Fallout has something to do with agent Ethan Hunt (Tom Cruise) and his allies (among them Ving Rhames, Rebecca Ferguson and Simon Pegg) involved in a mission that goes wrong. Again. Also: Blindspotting; Boundaries; Teen Titans Go! To the Movies. 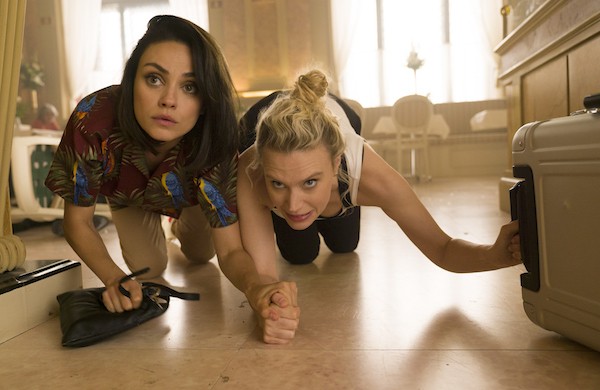 AUGUST 3: In The Spy Who Dumped Me, two best friends (Mila Kunis and Kate McKinnon) learn that one of them has been dating a secret agent, thus thrusting them into the world of international espionage. Also: Christopher Robin; The Darkest Minds; Mile 22.

AUGUST 10: Spike Lee’s BlacKkKlansman is based on the real-life story of an African-American police officer (John David Washington) who, along with his partner (Adam Driver), goes undercover and manages to infiltrate a Ku Klux Klan chapter in Colorado. Also: Dog Days; The Meg; Puzzle.

AUGUST 17: The comedy Crazy Rich Asians follows a New Yorker (Constance Wu) as she accompanies her boyfriend (Henry Golding) on a trip to Singapore, whereupon she learns that her beau comes from a wealthy family and that seemingly every single woman in the country desires him. Also: Captive State.

AUGUST 31: A country doctor (Domhnall Gleeson) makes a house call to a crumbling mansion, only to discover it might be haunted, in The Little Stranger, an adaptation of the novel by Sarah Waters.

LIMITED: Chilean director Sebastian Lelio, whose A Fantastic Woman recently won the Best Foreign Language Film Oscar, returns with Disobedience, starring Rachel Weisz and Rachel McAdams as two women who consider rekindling their long-ago teenage romance. Also: Eighth Grade; First Reformed; Hot Summer Nights; How to Talk to Girls at Parties; Leave No Trace; McQueen; Never Goin’ Back; On Chesil Beach; A Prayer Before Dawn; Show Dogs; Sorry to Bother You; Under the Silver Lake; Woman Walks Ahead; Won’t You Be My Neighbor?; The Year of Spectacular Men.