Stoker: The truth about Charlie 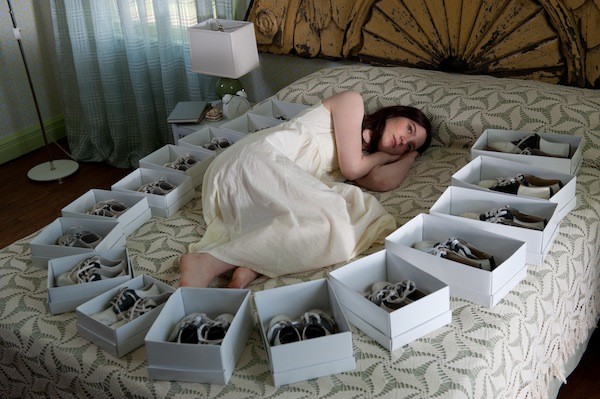 Alfred Hitchcock's favorite among his own films, Shadow of a Doubt is an exemplary 1943 thriller in which a teenager (Teresa Wright) in complete adoration of her mild-mannered Uncle Charlie (Joseph Cotten) is shocked to learn he's actually a serial killer. Stoker, the first English-language film from heralded South Korean director Chan-wook Park (Oldboy) and the first script written by actor Wentworth Miller (TV's Prison Break), isn't a remake — not really. Yet considering the plot centers on the relationship between a teenage girl and her duplicitous Uncle Charlie, it's easy to imagine the spirit of Hitchcock was invoked before each day's shooting.

The key difference between the familial ties that bind is that whereas the teen in Hitchcock's film grew up loving her uncle, India Stoker (Mia Wasikowska) doesn't even know he exists until a car accident takes the life of her father (Dermot Mulroney). After the funeral, her distraught mother Evelyn (Nicole Kidman) introduces the moody girl to Uncle Charlie (Matthew Goode), a slim, soft-spoken sort with a disarming smile and piercing eyes that clearly make India uncomfortable. Charlie, who boasts of being a world traveler, decides to put his business on hold so he can stay for an indefinite period with his sister-in-law and niece. Charlie and Evelyn certainly seem to be drawn to each other, but Charlie also sets aside plenty of time for India, and his unblinking attention and sly innuendoes leave her not only questioning his motives but also confronting her own feelings, desires and moral boundaries.

Stoker has already been called "the best film I've seen so far this year," "abominably bad" and "visually beautiful but pretentious" — and that's just from fellow Charlotte scribes posting on Facebook or chatting at the advance screening. Clearly, this is destined to divide audiences left and right, and no wonder: Its languid pace, difficult characters and overall sense of dread are guaranteed to leave many cold, while others will embrace the movie's measured approach, stylistic flourishes and refusal to compromise its more unsettling elements. Number me among the latter: As much a startling coming-of-age saga as a portrait of a psychologically damaged family, Stoker emits a Gothic chill that's almost tangible (and it further shows up Beautiful Creatures as the pretender it most assuredly is), and the performances by Wasikowska and Goode are mesmerizing. The final sequence should have been dropped, but everything else — even the smaller directorial choices (the captivating title credits, the inspired use of the Nancy Sinatra-Lee Hazlewood tune "Summer Wine" during one potent scene) — has left me stoked to see Stoker again.