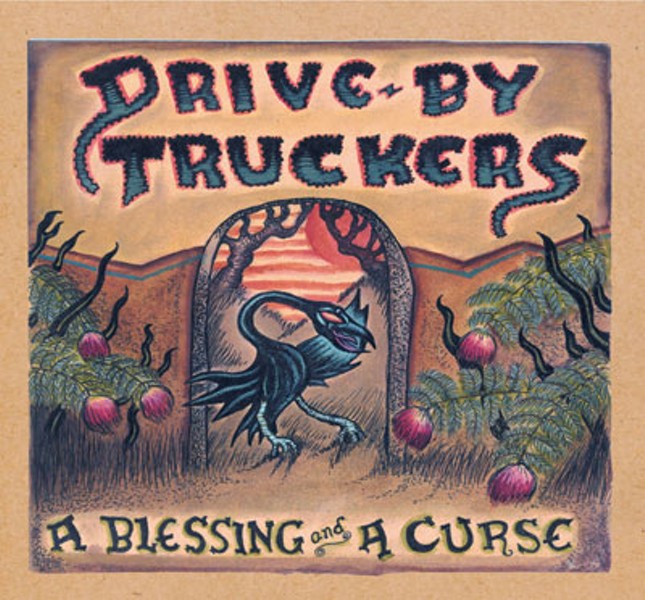 So how have the Drive-By Truckers gone from playing in front of 15 people at the Double Door Inn's Americana Night just a few short years ago to playing the much larger Visulite Theatre to (who'da thought it?) the Verizon Wireless Amphitheatre twice in the last year, first with the Dave Matthews Band and now with the Black Crowes? Is there a formula? Or is it just good luck paired with an ever-burgeoning touring schedule?

The easy answer is that nothing the Truckers have done since their earliest albums (1998's Gangstabilly, 1999's Pizza Deliverance, 2000's Alabama Ass Whuppin') has been calculated; as a result, the band has grown in stature by (almost entirely unintentionally, mind you) providing a little some-some for everyone in their audience. Southern rock folks feel like they have a band to speak for them, or at least to them, unapologetically. Yank reviewers like Rolling Stone's David Fricke finally get to review a band not concerned a whit with stagewear and soundbites. Egghead fans get a little cultural commentary. Jam band fans get three guitars set on Full Rawk. Prog fans get (got) a Southern-fried rock opera. Neil Young fans (which included Skynyrd, don't forget) get someone carrying on the Crazy Horse tradition of feedback as musical motif. Frat-tastic types get something anthemic (and just dangerous enough) to pound their fists (and beers) to. And rock magazines and Web sites -- who, along with concertgoers-turned-bloggers, started the whole red-clay mudball rolling -- have an easy angle (or 20) to take anytime a story needs penning.

As a result, everyone's happy. For their part, the band members feel like they can do anything (see the Replacements-style rave-up of the Truckers' latest, A Blessing and a Curse) and retain their audience -- and still go on doing what they love and paying their bills besides.

So the formula, if you will, is this: Always keep on truckin', but never forget to stop and enjoy the view along the way.

The Drive-By Truckers, along with the Black Crowes, will perform July 11 at Verizon Wireless Amphitheatre.