A sneak peek at the movies heading our way 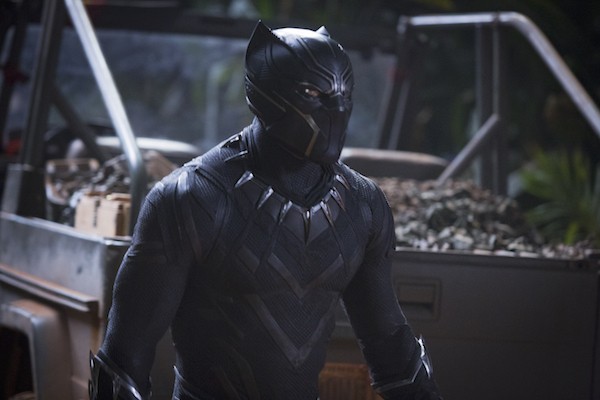 As January is traditionally co-opted by the plethora of year-end Oscar nominees finally stretching their commercial wings, it often feels that the new movie year doesn’t truly begin in earnest until February. So with February now upon us, it’s time to offer a sneak peek at what lies ahead over the course of the next three months, during that stretch before Avengers: Infinity War kicks off the summer season on May 4. (As always, release dates are subject to change.)

FEBRUARY 2: The horror yarn Winchester stars Helen Mirren as the real-life Sarah Winchester, who believes her mansion is haunted by the ghosts of all those killed by the famous firearm manufactured by her family.

FEBRUARY 9: Anthony Sadler, Alek Skarlatos and Spencer Stone portray themselves in Clint Eastwood’s The 15:17 to Paris, based on the real-life incident in which three Americans prevent a terrorist attack on a French train ... In Fifty Shades Freed, the third and final chapter in the trilogy based on E.L. James’ novels, Christian Grey (Jamie Dornan) and Anastasia Steele (Dakota Johnson) discover that marriage hasn’t solved all their problems ... The live-action/CGI hybrid Peter Rabbit will pit Beatrix Potter’s rascally rabbit (voiced by James Corden) against a farmer (Domhnall Gleeson) who wants to rid the area of all bunnies.

FEBRUARY 16: The next Marvel offering is Black Panther, starring Chadwick Boseman as the Wakandan ruler who must face a grave threat to his African homeland ... Nick Park, the creator of Wallace & Gromit, is behind Early Man, an animated yarn about warring cavemen (voiced by Eddie Redmayne and Tom Hiddleston) ... A 2017 release that fared well with BAFTA but not with Oscar, Film Stars Don’t Die in Liverpool centers on the relationship between Academy Award-winning actress Gloria Grahame (Annette Bening) and the younger Peter Turner (Jamie Bell) during the final decade of her life.

FEBRUARY 23: Ex Machina writer-director Alex Garland returns with Annihilation, a sci-fi thriller in which a biologist (Natalie Portman) enters the same forbidden zone that left her husband (Oscar Isaac) critically injured ... A couple (Jason Bateman and Rachel McAdams) learns that the weekly evening of fun activities they organize for their friends has added a potentially deadly wrinkle in the action-comedy Game Night. 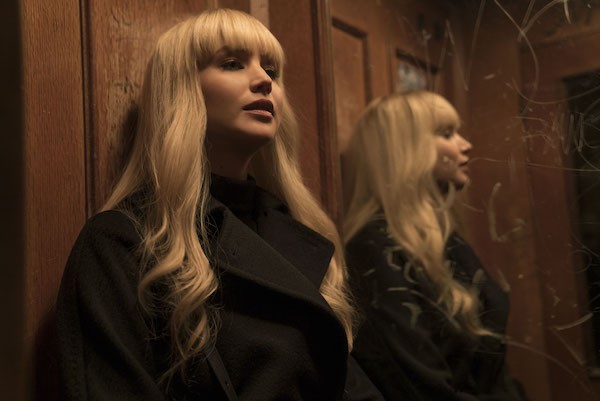 MARCH 16: The seriocomedy Love, Simon tells the story of a gay teenager (Nick Robinson) who must decide whether or not to come out of the closet ... 7 Days in Entebbe centers on the 1976 incident in which Israeli commandos rescued Jewish citizens from the German and Palestinian terrorists who were holding them hostage at the Ugandan airport ... Those Lara Croft: Tomb Raider movies starring Angelina Jolie were fairly lousy, so here we go with the reboot Tomb Raider, this time with Oscar winner Alicia Vikander (The Danish Girl) cast as the courageous adventurer.

MARCH 23: The latest animated excursion by Wes Anderson (Fantastic Mr. Fox), Isle of Dogs finds a young boy searching for his lost pet on an island populated exclusively by banished canines ... The sequel Pacific Rim Uprising casts Star Wars’ Finn, John Boyega, as the latest pilot to attempt to protect humankind from the monstrous Kaiju ... Gnomeo & Juliet leads James McAvoy and Emily Blunt again provide the voices of the garden ornaments in the animated sequel Sherlock Gnomes, with Johnny Depp coming on board to tackle the titular sleuth ... Unsane is a thriller about a disturbed young woman (The Crown’s Claire Foy) but is already better known as the movie that was filmed entirely by director Steven Soderbergh with an iPhone camera. 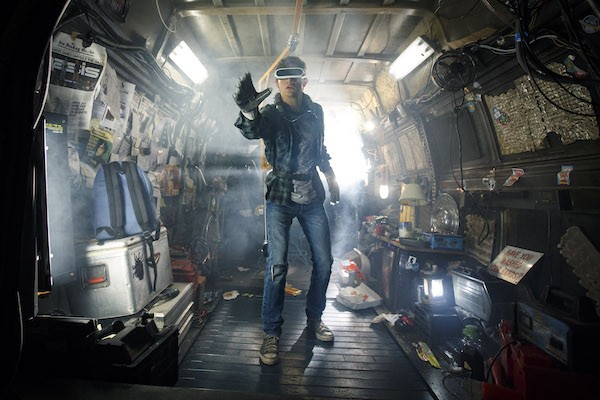 MARCH 30: A loving wife (Taraji P. Henson) decides to take revenge on her cheating husband (Lyriq Bent) in Tyler Perry’s thriller Acrimony ... Steven Spielberg is behind the big-screen adaptation of Ready Player One, in which a teenage boy (Tye Sheridan) becomes a contestant in a popular virtual-reality game created by a dying billionaire (Bridge of Spies Oscar winner Mark Rylance).

APRIL 6: Leslie Mann, Ike Barinholtz and Jon Cena star in Blockers, a comedy about three parents who try to prevent their daughters from carrying out their plan to all lose their virginity on prom night ... A Quiet Place stars Emily Blunt and real-life hubby John Krasinski as a couple who must keep themselves and their kids silent lest they be heard by the monsters who prowl around their property.

APRIL 13: Already the subject of criticism by those claiming it wallows in stereotypes, white-washing and inaccuracies, Beirut is a political thriller in which a diplomat (Jon Hamm) works with a CIA agent (Rosamund Pike) to save his friend from Lebanese kidnappers.

APRIL 20: Anna Faris plays Kurt Russell while Eugenio Derbez portrays Goldie Hawn in Overboard, a role-reversal remake of the 1987 comedy in which a case of amnesia upends the playing field between a one-percenter and a menial laborer ... In Rampage, a scientist (Dwayne Johnson) is horrified to discover that the gentle gorilla he has known all his life has become the test subject in an experiment that turns him into a vicious beast ... The members of the Broken Lizard comedy troupe are behind Super Troopers 2, a sequel to their 2001 feature about a bunch of mischievous cops ... From the director (Jason Reitman) and writer (Diablo Cody) of Juno comes Tully, starring Mackenzie Davis as the title nanny and Charlize Theron as the harried mother she assists.

APRIL 27: A harmless game of “Truth or Dare” turns deadly for a group of college kids in the horror outing Truth or Dare.