It's a haven for soul music lovers, especially those breaking into the business 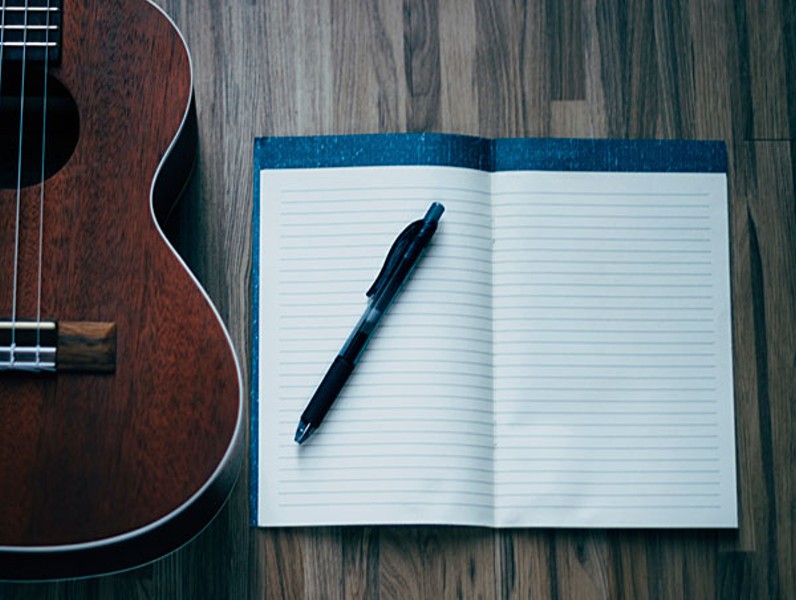 LaShanda Goldston has been writing songs since she was in high school. Now 35, she works full-time and sells her music to local R&B and hip-hop artists on the side. While the Greensboro music scene is close-knit, she says it's limited, so she makes the three-hour round-trip drive to Charlotte almost every weekend to network in its bigger pool. She was more than excited to learn of the South Eastern Music Conference.

The music conference, a three-day affair which runs Jan. 15-17 at Studio Movie Grill in the EpiCentre, is being billed as the most prestigious music conference to hit the Southeast in more than a decade. Participating partners are a healthy mix of independent and major label names, including a former vice president of Sony Music Entertainment, AllAccess.com, local and national radio personalities, a Grammy Award-winning songwriter and a host of musical performers.

Goldston is hoping to pick up better writing techniques and advice on more efficient ways to shop songs to artists. "I just need all-around advice on the music world. I'm still kind of an amateur at it; I'm looking for insight so I'm not blindsided when I get to the professional level," she says.

This will be Goldston's first music conference, mainly because of geographical distance — they're usually held in cities like Atlanta or Nashville. Not many have been this close to home.

That's kind of the point of the conference. The SEMC is aimed at giving artists, producers and writers an "in" into the industry. "It's hard to break in," says Dianne Walker, a publicist for the event. "You're one of 10,000 and a lot of times you don't have the avenue or resources to get started, so we're trying to provide a vehicle and knowledge from folks who've been doing it 20-30 years."

Nathan Smalls, the conference's creator, has packed the South Eastern Music Conference with enough performances to put soul music lovers on a permanent high. Performances by Noel Gourdin, J-Stylz of Blackstreet, and local artists JJ Dae, D'yenna Dukes, Millio, and Seretha Lichez Guinn of American Idol round out the showcases. But the conference's tag line is "Listen, Learn, Excel," and Smalls really hopes the SEMC helps elevate Charlotte's local artists both at home and nationally.

"It's wonderful to be a local artist, but how do you take your gifts and get to the next point? People need to know how to accomplish that, the tools they need to compete," he says. To that end, the conference has panels such as Listen to My Demo (60 Minutes to get Signed), Keys to Songwriting with Gordon Chambers, and Digital & Social Media Impact presented by Motown Records' Kerry Smalls.

The tech talk concentrates on how to leverage the biggest game changer in the music industry. It used to take a year or more to put out an album; now, one can be recorded, mixed and mastered in just months, with collaborators never having to be in same room. And albums are just one piece of an artist's body of work now; with commercials, video games and ringtones, the ways a musician can live off their art have multiplied, even as the record label goliaths have shrunk. "There are so many different avenues music can go to as opposed to sitting on a shelf now," Smalls says.

Smalls moved to Charlotte from New York City in 2006, where he had produced a popular series featuring singers backed up by live bands. His parents loved Sam Cooke and Lena Horne, but he grew up in the '80s and '90s, when R&B was the pop music powerhouse. He loved Luther, Toni Braxton and iconic voices that the industry rarely takes time to groom today, and sees a clear line in the decline of soul music because of it.

"The record labels are hurting; they shot themselves in the foot. They've released so much garbage that they're forced to make a change. We're in a cycle, a spiral. They're responsible for content getting put out and the consumer is responsible for supporting it. Artists, don't be afraid to be independent, to do your thing."

He felt a void in the Charlotte scene for live soul music and started R&B Live as a weekly forum for aspiring R&B artists to perform. What began as a way to hear more of the music he loved turned into an outlet for singers to network and to work out their craft, and became the seed for the SEMC.

"Charlotte has a lot of great events, dynamic things. But when you don't have mentors, people create music but don't know song structure, don't have EPKs [electronic press kits], vital things. So giving out this information spurs the growth of the artists, which then affects the music scene," Smalls says.

Smalls and his team expect the conference to bring out a couple hundred people, but anticipates more in ensuing years. At this stage, they'd rather keep it small and do it well. Still, attendees from Chicago, New York, Los Angeles, Louisiana, Georgia and Alabama have purchased passes. Marvin Stephens, SEMC's liaison to the city, has been in talks with the Charlotte Regional Visitors Authority, the Charlotte Chamber of Commerce and Coca-Cola. He says this initial conference will have an impact of more than $100,000 on the city's economy, once airfare, transportation, hotel fees, shopping, restaurants, promotions, service industry wages and the like are added up.

At least 10 labels are sending representatives to the SEMC, including Corey Jones, head of Rocket Multimedia and former senior VP at Sony. Skip Dillard, program director for 107.5 WBLS New York — the nation's No. 1 urban radio station — is also confirmed, as well as Tony Gray, a Chicago-based programming consultant for one of the top urban contemporary, urban adult contemporary and hip-hop radio stations in the country. Charlotte radio heavyweights Yasmin Young, Fly Ty, Chirl Girl and BJ Murphy will weigh in on panels with V101.9 program director Terri Avery and 105.3 program director Mary K., and Charlotte School of Broadcasting is sending more than a dozen students for school credit.

Smalls has arranged for interested attendees to get one-on-one sessions with these industry pros — an opportunity practically unheard of at bigger conferences. Smalls sees it as a way to foster Queen City talent.

"Radio has gone through a transition and artists need to understand how to get records played. You've got to make sure your presentation is right," he says. "Are you copywritten, do you have your ASCAP, are all those things done? Handle your business. If you sold 50,000 units in the street, can you track that record? No? Then why you mad? You can't be upset if you're coming to the table and don't have your stuff together."

He also wants to temper artists' expectations about the glamorous life. "Some people come through, pants low, smelling like weed. They need to understand that every environment is not that way. I've never gotten a check at 2 a.m., sipping on champagne — every time, it's in an office, in the daytime with a suit and tie. You need to work the other side as well as going to parties and hanging out."

Lashanda Goldston, the songwriter, isn't concerned with the fame. She just wants a leg up. "My goal is to actually turn my dream into a career, instead of writing songs while I'm on the job. Work is just work until I can get my dream to take off."