When it comes to grunge, Chris Cornell is part of that critical trinity of musicians (alongside Kurt Cobain and Eddie Vedder) that contributed to its arrival into the world of music. 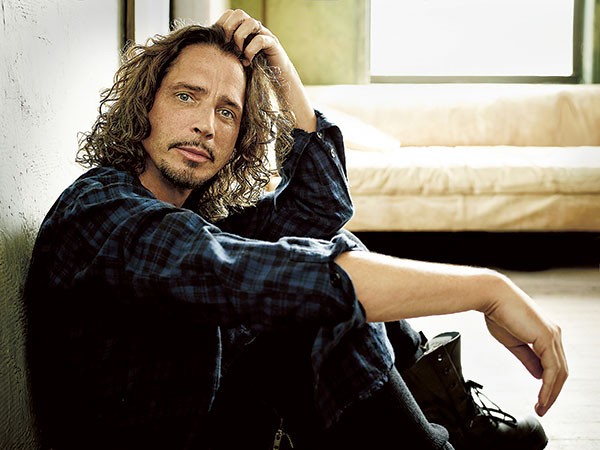 But while he's best-known as the longtime frontman of Soundgarden, Cornell's meanderings with side projects and solo efforts have produced for him a kind of vastness within the musical terrain.

His fifth solo studio album, Higher Truth, was released last September and he's currently touring with it — he'll stop by Belk Theater in Charlotte for a performance on June 20. The album is stripped down, yet solid. There's an empty shell of Soundgarden, and the disc is filled with a kind of independent authenticity feel. Recorded with producer Brendan O'Brien, the album features looping drums and a small drum kit that give it a softer, more intimate touch.

Cornell, who is used to a backbone of heavier sounds, wanted it to have a stripped down feel — in other words, the rock, grunge and metal elements are taken down a notch for what amounts to a more harmoniously sonic-fused compilation.

"I wanted to make it, this tour, a living breathing thing with new songs written for specifically that," says Cornell. "So it's not just nostalgia or a look back at my different bands and different periods of my career."

By writing songs from the ground up, Cornell admits that he's had to shift his focus as a singer/songwriter. Confident, yet unsure in the beginning, he tapped into the creativity he's used to guide him in keeping the Soundgarden catalogue fresh and eclectic.

"I had to focus on some different territory as a songwriter. It had to be a body of work that worked in a context that I'd never done, so it was a learning process and a process of discovery," he says of finding his voice and sound as a soloist.

Cornell has been writing acoustic music since the '90s, and refers to the process as "a sort of palate-cleansing thing" that he often did on the road. He's been known to strip full-fledged rock songs and pair them down to acoustic numbers. Yet, in crafting a different body of work, he let himself get lost in the process.

Part of that process was influenced intrinsically by life changes. Speculating that an album called Higher Truth might have been impacted by religion or spirituality doesn't seem far-fetched. Cornell converted to Orthodox Christianity several years back, although most of his music carries a denouncement of organized religion at large.

"I think over the course of my lifetime as a songwriter there's been more rejection of religion in the way that I see it interpreted," says Cornell. "In rejection of any kind of idea that's popularized in any way, then maybe I'll discover some validity of it as I'm kind of walking through it."

But with Higher Truth he takes baby steps in a new direction: being a father.

"I think that this album was more of taking religion out of the way that we think and live and focusing more on humanism and the simplicity of that. That inspiration for me came from being a father," says Cornell.

He elaborates on the complexities of becoming a father and how he has started seeing time more evidently along the way.

"Watching from moment to moment, my children develop... It's sort of drawing me into becoming a different person, living in that moment. You see these precious moments that you have with a baby, for example, and you have to understand that that's coming and going in an instant. Every second that goes by a child is developing, evolving and learning and changing and that changed me as a person. I started living in those moments because I felt like it wasn't something that was going to be there three seconds later. That became, to me, what the truth really was."

On the song "Higher Ground," he explores the insignificance of broken promises, heartache and people, places and things that are easy to get tangled up in on a daily basis.

"We kind of get caught up in everything else besides those precious moments and most of those things that we get caught up in don't serve humanity and the big picture," says Cornell. "We end up losing sight of and sort of squandering about what's precious in life. To me, I was taught that by my children."

On other songs, like the album's first single "Nearly Forgot My Broken Heart" Cornell reflects on loss and heartbreak from the standpoint of a healed man.

"It's something we all go through, that transition from where you might feel like there is no future and you can't imagine getting over that," says Cornell.

"Then, suddenly you have an experience with another person and you are getting over it. That song is about that realization."