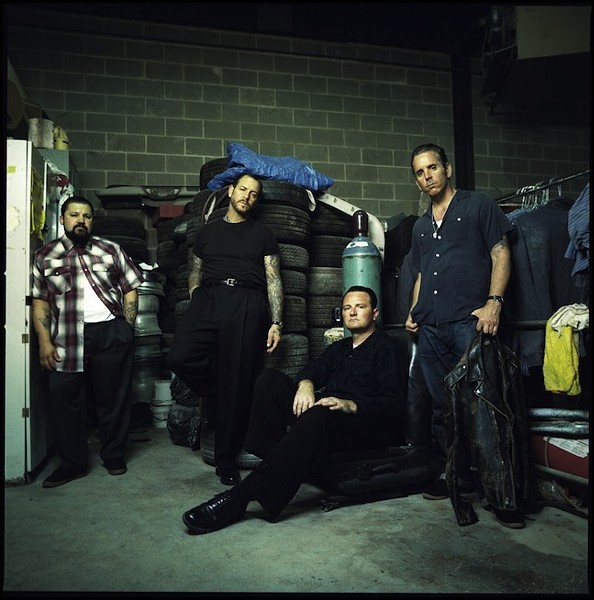 SOCIAL DISTORTION West Coast punk is the beginning and the foundation for Social Distortion, but the band’s unmistakable sound also corrals rockabilly, country, roots-rock and hard blues. Frontman Mike Ness remains the sole original member since its formation in 1978 and debut recording in 1983, but he was always essentially the band. His addiction battles and hiatuses aside, the recent album Hard Times and Nursery Rhymes is only its seventh studio recording, but Ness still rocks his ass off, howling the words in a more spoken, less sung rasp. Ness, who also has a couple solo records in his stack, simply straps on the guitar, yells into the mic and launches a punk attack laden with raw guitars in an uncompromising sound that now completely belongs to him. The song “Still Alive” from the latest recording sums up his three-and-a-half decade trip. “With a guitar in my hand I stand a little taller / And I’ve been to hell and back / I ain’t falling off this track / From the back to the front page / From the gutter to the stage.”