Sin City: A Dame to Kill For: Neo-noir nonsense 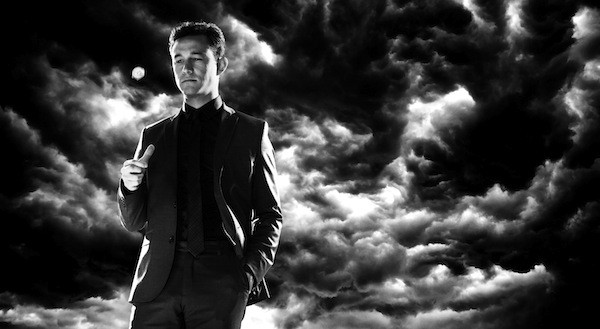 Co-conspirators Robert Rodriguez and Frank Miller serve up a steaming pile of sloppy seconds with Sin City: A Dame to Kill For, the long-delayed sequel to the 2005 hit Sin City.

When the original SC hit theaters nine years ago, it was a screen original, offering dazzling visuals that were intricately patterned after those found on the pages of Miller's successful series of graphic novels. This follow-up functions in the same manner, offering shots so beautifully conceived that they represent one of the reasons why DVD remote controls offer a "pause" button. It's worth studying these images with the same level of analysis and awe usually reserved for museum exhibits.

Unfortunately, whereas the 2005 model of Sin City showcased a trio of decent stories to further embellish the ocular assault, the sordid sagas on display here are by and large a feeble bunch, further hampered by atrocious continuity errors that suggest Rodriguez and Miller didn't even have any recollections of making a Sin City flick before this one.

In the 2005 picture, the heroes were played by Mickey Rourke, Bruce Willis and Clive Owen, and they all return in this combo prequel-sequel, albeit in altered versions. There was a line in Sin City about Owen's Dwight McCarthy having had facial reconstruction, and that's borne out with the casting of Josh Brolin as Dwight, giving us the man before he went under the knife. Yet while his different looks are explained, his different actions are not — simply put, it's impossible to reconcile the Dwight played by Brolin with the one essayed by Owen. In this outing, Dwight gets mixed up with a femme fatale named Ava; she's played by Eva Green, who's making a year out of playing strong women in weak movies (she was the only positive to be found in the execrable 300: Rise of an Empire earlier this year). 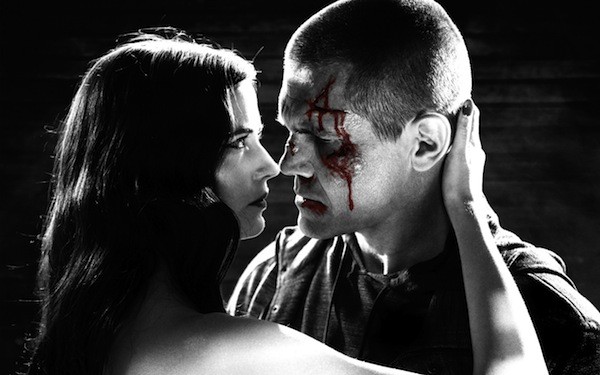 Meanwhile, Willis' good cop Hartigan died at the end of his segment in the first picture, so here he only pops up now and then as a ghost, causing exotic dancer Nancy (Jessica Alba) to intone, "I see dead people." No, not really; she actually doesn't see him, focusing all her thoughts on murdering Senator Roark (Powers Boothe), the corrupt kingpin responsible for her miseries. Nancy is given the largest character arc out of any Sin City resident: Once a perpetually chipper survivalist who wouldn't let anything get her down, she has, in the wake of Hartigan's death, become an embittered alcoholic with suicidal tendencies. Or at least that's what the plot suggests: As played by the limited Alba, Nancy seems less like a damaged person with a death wish and more like someone who's miffed that her local grocery store stopped carrying her favorite brand of pizza.

Then there's Rourke's Marv, who rightly emerged as an audience favorite after the release of the first film. In fact, Marv's popularity explains his presence in much of this picture, as chronologically, it makes no sense for him to still be alive during at least one of the vignettes. Nevertheless, he's the closest thing to a constant thread in this film, alternately coming to the aid of Dwight and Nancy and even wiping out a group of sadistic frat boys on his own.

Lastly, there's a new protagonist in the form of Johnny (Joseph Gordon-Levitt), a cocky kid who's an expert gambler. Johnny insists he never loses, whether it's while engaging in a hand of poker or when pulling the arm of a slot machine, and he elects to pit his card skills against those of Senator Roark. Pound for pound, Johnny's is the most interesting storyline, which makes it all the more frustrating when his saga ends on the most unsatisfactory note. Then again, it's hard to get too worked up about anything that occurs in this disappointing neo-noir; to paraphrase Chinatown, "Forget it, Jake; it's Sin City."