Should Event Organizers in Charlotte Take Inspiration From the Buzzing UK Bingo Scene?


It’s hard to say where bingo is more popular or which country did more for the game. However, it’s fair to surmise that Americans and Brits both love a spot of bingo. The game’s enjoying a serious resurgence online, opening it up to a wider demographic than ever before.

At the moment, though, the UK is using new methods to allure a wider audience demographic to the game. Through grand-scale social events, contemporary audiences are being introduced to bingo in a fun and innovative new light. With the success of these events, which are planned to continue for the foreseeable future, and perhaps even expand further, should event organizers in Charlotte take note of and look to replicate the craze over here?

Is the UK Leading the Way with Modern Bingo Options?

Across the pond, bingo is looking better than it’s ever been, especially for generations who weren’t around during its previous glory days. The game is all about inclusivity, welcoming people of all ages and genders, and promoting a shared interest around the lucky balls. Could the same be said in the US, though? Online bingo is on the rise here, but arguably, many Americans would still associate the pastime with the older generation.

Therefore, copying the UK’s method of attracting online bingo players to events in the real world could prove to be a winning formula. Looking at a Bada Bingo Southampton event, for example, the advert is clearly designed to attract a vapourwave generation - a new trend that cleverly mixes old and new elements. Each section of information is placed in a digital window, reminiscent of the older versions of Microsoft. This conveys a retro feel, which attracts both adults who remember bingo's golden years, or contemporary audiences with a penchant for trends before their time.

The events themselves are designed to emulate a festival-like atmosphere: including professional performers who liven things up, venues decorated to the nines, and unexpected prize draws that add an extra bit of excitement. Doesn’t sound like something that would appeal to “traditional” bingo players, does it? This could be considered the new bingo golden age, and it’s thrilling to think about how massive events like these could become, further down the line. 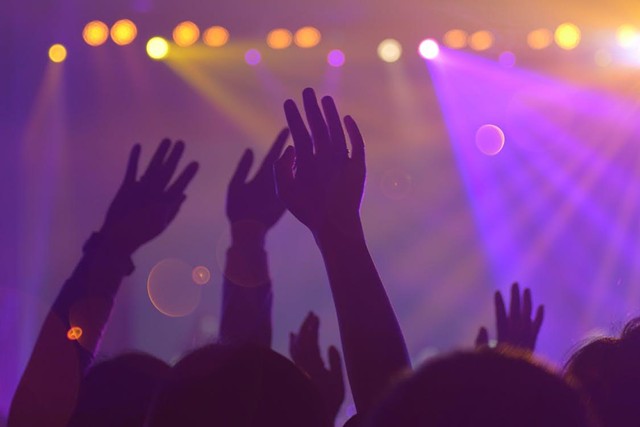 Could Bingo be Combined With Other Events in Charlotte?

There's a chance that event organizers could simply transplant this idea from the UK and host it in Charlotte to see how it’s received. However, it might take a bit of time to interest residents, though this could be done by combining bingo with other existing occasions that are going on in the city. This way, people will be attracted to the events that they know they like and might then discover a love for bingo while there.

The game could be a welcome addition to one of the regular brunches in Charlotte, just to get people involved in a relaxed environment. It could also add an extra element of excitement to events like Skate Charlotte. The best way to generate a lot of hype around bingo, though, could be to boost its online presence in the city and organize nights that relate to the internet versions of the game.

It’s hard for us Americans to admit when the Brits have the upper hand on something, but that could be the case with bingo nights. Charlotte event organizers could borrow some great ideas from the exhilarating nights across the Atlantic, and implement the game into city life in a new way.