In 2016, when Sherrell Dorsey launched The Plug, a Charlotte-based site that focused on aggregating news about people of color in the tech industry around the country, she didn't know it would grow in popularity as quickly as it did.

It blew up fast, however, and Dorsey spent much of the year traveling internationally, coming into contact with big players in the tech world. As she did, she became more concerned with what was lacking in her new hometown. The events she saw happening in cities that cultivated the tech culture — especially ones that made an effort to be inclusive — weren't happening in Charlotte.

Instead of ask around as to why that was, Dorsey — whom you might recognize from her monthly CL column, Thank Me Later — took matters into her own hands. In December, she hosted the first #BLKTECHCLT, a quarterly, inclusive networking experience aimed at cultivating tech culture in the Queen City.

We recently sat down with Dorsey in her home to discuss the beginnings of #BLKTECHCLT and what she hopes will come of the event in 2017.

Sherrell Dorsey: Living in Charlotte and traveling a lot between the Bay and Seattle and New York and even Paris — all of these great tech capitals that are just continuously turning out incredible talent — these folks have great things in their ecosystems specifically related to just having great content and great events to continue to foster and grow the local ecosystem. And I didn't see that in Charlotte on a large scale, particularly as it related to having inclusive environments.

I know that there's great pitch events and what have you that go on, but when I went to those events I didn't feel extremely included, and I don't know if it was by design or just... it was a very different kind of a vibe.

And I wanted to create something that was going to be cool, and it was also going to be interactive, and not just a paint-by-numbers entrepreneur networking event with everyone just walking around talking about their startups.

What makes the experience unique to Charlotte?

I am extremely excited about what's taking place in the Southeast. Charlotte, in particular, has this underbelly of incredible — everyone from these private equity investors that showed up at the last event that no one has heard of, some incredible startup folks, and people who are just excited and enthusiastic about the future of Charlotte. 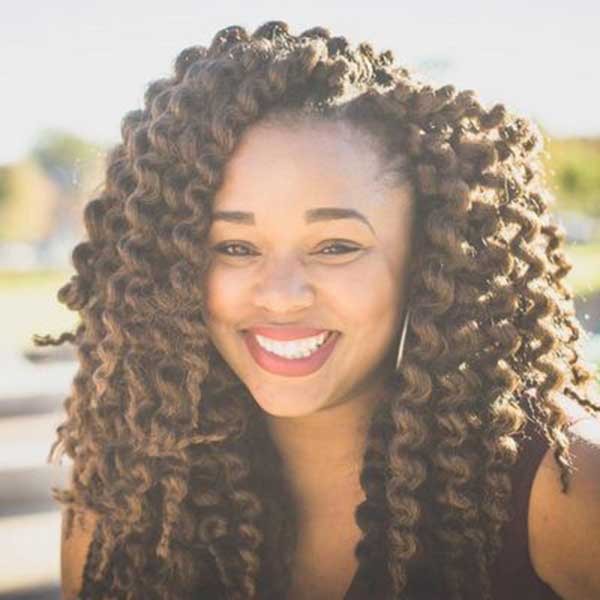 And so, for me, what I think differentiates the #BLKTECHCLT series from anything else is that we're not trying to be like the New Yorks, we're not trying to be like the Seattles — we definitely get energy from those kinds of places, but this is completely unique to Charlotte. We're using Charlotte talent, we're using local folks to help design the event, from the event planners to the interns to the DJs — all of the people that kind of make up our local ecosystem.

And so, for instance, for our March 9th event, we have what I like to call the "Five Conversations." Essentially, that's an adaptation of Michael Watkins' book The First 90 Days — it's really about going from 0 to 60 pretty quickly on a new job when you're in a leadership role.

So the "Five Conversations" we're adapting will be five different conversations with five incredible entrepreneurs or startup founders or just people who are experts at building teams. And we're going to have these amazing mini-sessions of discussion points that people can pop into. And the entire event, in and of itself, is meant to be rotating and interactive so you aren't just kind of sitting in a room and talking awkwardly to someone.

You have your opportunity to have your drink, have your appetizer, move into one of the conversations that are taking place, move into the podcast studio and share your thoughts about the future of tech in Charlotte, move over to some of our great partners' rooms who are doing crash courses in coding or financial literacy for small businesses. So it's really, again, an experience that you get to come to and learn and share and to help us grow.

With the name being #BLKTECHCLT, is the space going to be exclusively black?

We don't discriminate. It's #BLKTECHCLT primarily because I think you kind of have to let people know that they're included, so I didn't want a tech event where black folks felt like they couldn't attend, where they felt like they were going to be the only one, because I've definitely showed up at events where I was the only one. So it's extremely inclusive ... So don't let the name put you off. Everyone's invited and we just want a dynamic and inclusive experience.

How about folks who aren't all that familiar with the tech world?

Absolutely. There's something there for everyone. A lot of people get intimidated because they think it's going to be a bunch of nerds. But it's far from that. I mean, it's really swaggy. And on top of that, I am not a developer or an engineer; I know a little bit of code but my experience and background is media, marketing, event curation, writing, so there's something there for everyone.

The idea is that you're coming to learn and to know and to see what is happening in Charlotte, what is next. I think if we arm ourselves and put ourselves in environments that are a little bit outside of our expertise, it helps us to understand: What does the future look like? What should I be learning about?

And the great thing, too, is that you get access to hands-on learning and demonstrations, so it's just fun at the end of the day. And you get to build new connections and find out who's doing what in your city. 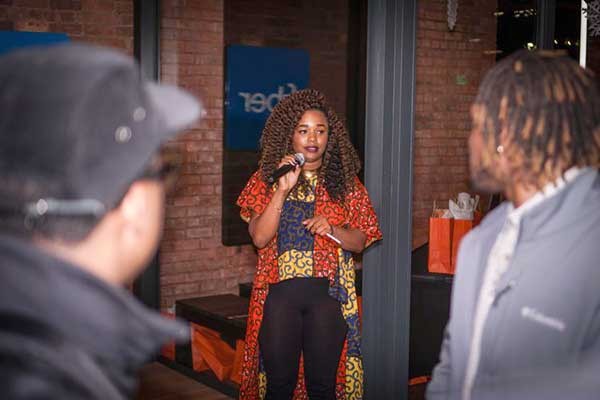 What went down at the December event and what changes will be made for the March event?

The December event just took me and my team by surprise. I wholly expected like 40 people to show up and for us to be just kind of awkwardly standing around. But that was not the case. We hosted the event at Google Fiber in the remodeled Dixie's Tavern — just this super-amazing loft-style brick building, 1920s situation. It was fun, it was unique, it was funky. You could hear the music from across First Ward Park. So it just had a really incredible vibe. We sold out, we had people on the waiting list. It was just absolutely insane.

And just from an organic perspective. I mean, we had an incredible crowd of folks from all kinds of backgrounds — there were students there looking for internships and jobs, who were graduating from either [computer science] programs or even journalism programs; we had private equity investors who showed up; we had folks who were in technology or who were developers; we had entrepreneurs; we had startups, so there was something there for everyone and everyone had this incredibly unique story.

And so what was really cool about that particular event as well is that we had this standing easel where people could write what are their ideas for the future of tech in Charlotte. And there were some incredible thoughts, everything from creating an incubator for students to mentorship programs to help folks who are transitioning and trying to get into tech. There was just a great deal of insight and input that folks had.

It was an incredible event that far exceeded our expectations. So we leave room for people to kind of take it and make it their own, in a sense, and to let us know how can we make improvements. ... So in terms of the feedback from folks [at that event], they did want to see more programming...

Our space is very different — it gives us more opportunity to host things in different areas... and I think people are really going to enjoy that. And once that event concludes, we'll be taking feedback again. We do follow-up emails. My team and I are really big on engagement and marketing ... and we sit down and we ask the honest questions... What did you like about it. What did you not like? What do you want to see? What was your experience like? So that we are really in tune with who's coming through our doors.

To wrap up, what would you say I your long-term goal for #BLKTECHCLT?

I want the #BLKTECHCLT series to be a longstanding staple of Charlotte, particularly as it relates to an inclusive, entrepreneurial ecosystem. I want people to have a good time, of course, I want them to know who's doing what in this city and even bring in some outside folks to help us think about how we're shaping the future of tech in Charlotte. Even if it means that I'm not running it myself – that someone says, 'Hey, I'm willing to pick it up and take it and run with it.'

I'm hoping that it also pushes a call to investors to our city about truly committing the resources needed to grow great, strong businesses — to support entrepreneurs, and particularly entrepreneurs of color.

We look at some of the challenges in our city, I think a lot of it just has to do with inviting people to the table. I think that Charlotte has great opportunities, but in all honesty we have to step our game up if we're going to compete. So I'm hoping that this #BLKTECHCLT series is just the launching pad for further discussion, but more so, further action.

Let's get these entrepreneurs funded; let's make sure that investors know who these folks are. Even if you're a first-time investor, you can provide seed capital to an entrepreneur who's trying to get an idea off the ground. I want to make people feel comfortable about having these conversations, feeling bold enough to create incredible things.