Sex, drugs and the underground: The Weeknd

During the last six weeks, I sent seven e-mails requesting an interview with The Weeknd. All of the messages were addressed to [email protected], the one and only press contact listed on any of the Internet platforms associated with the Canadian R&B outfit. None of these e-mails met with a reply, a fact that won't surprise anyone already familiar with this aloof and intriguing outfit. 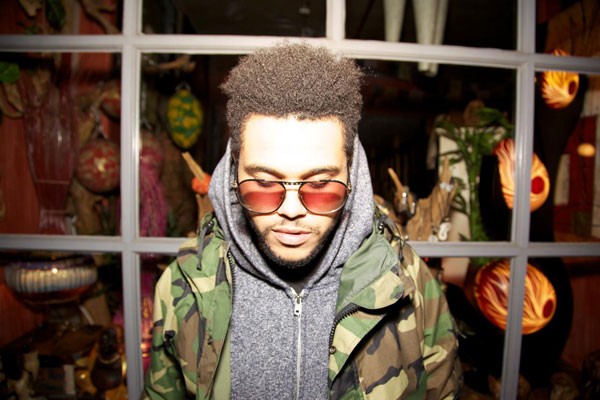 Abel Tesfaye, the singer and leader of the loosely defined project, does not give interviews. He didn't relent after The Weeknd released its first mixtape, House of Balloons, to widespread acclaim and an overwhelming surge of Web-based buzz. Nor did he six months later, when the outfit dropped the sophomore effort, Thursday, again for free and, again, greeted with a chorus of positive feedback. He didn't change his mind when a third 2011 mixtape, Echoes of Silence, extended The Weeknd's momentum. And he held fast when that release was met with the band's second nomination for Canada's illustrious Polaris Music Prize. And he isn't answering questions about the trilogy's November reissue via Universal Music.

The Weeknd has risen to stardom in music's poorly defined "indie" realm and stands at the precipice of legitimate mainstream success. It has done so in complete disregard of the traditional pathways to prosperity, favoring free releases and displaying an unflinching aversion to publicity. In the case of The Weeknd, which will perform at The Fillmore on Oct. 20, it's the only approach that makes sense.

The outfit's music is perfectly suited to its time, taking the self-aware womanizing of hitmakers such as Trey Songz and Drake — himself an unabashed Weeknd supporter who has often offered his public approval. But Tesfaye takes things further, twisting his charismatic falsetto around fiendish tales of drug abuse and sex acts where female consent is not always clear.

His narratives shift perspective frequently, making it hard to be sure if he's talking to the listener, tempting a new lover or embodying the depravity of the women he conquers. The music — mostly created by tandem Weeknd producers Doc McKinney and Illangelo — is darkly psychedelic, crafting intriguingly wanton trips from lush synthesizers and snatches of dub, house and a diverse assemblage of other styles. The focus is usually geared toward the come-down as opposed to the high mirroring Tesfaye's lyrics — meandering passages that are shot through with crushing guilt, the sincerity of which is always in doubt.

That doubt is key. The mystery inherent in The Weeknd's image is what makes these songs so affecting. When Tesfaye talks of luring girls into group sex with his boys or bemoans the fact that a girlfriend will likely overdose before he can take her home to mama, the listener has no grounds on which to judge the veracity of his claims. This turns his persona into a tantalizing and unsolvable puzzle.

On songs like Thursday's aggressively debauched "Life of the Party," it's easy to think of Tesfaye not as a real-life lecher, but as an allegorical embodiment of base-level impulses. Buttressed by crushing, metal-leaning guitar riffs and ominous synthesizers, he croons maliciously, luring a girl to a back room where he guilts her into pleasuring a gang of his friends. "You can follow me if you want," he offers. "Go downtown with the drugs in your body. Take that step. You're the life of the party." In moments like this, he's almost too deranged to be believed, a wicked post-modern serpent offering up his apple, not for the personal satisfaction, but for the feeling of power that comes from convincing women to so thoroughly debase themselves.

Earlier this month, The Weeknd released a video for the track "Rolling Stone," another cut from Thursday. The song follows stark, prickling acoustic guitar and low-key rhythms as Tesfaye offers some of his most self-aware — and self-effacing — words. "I'm in a life without a home, so this recognition's not enough," he sings before moaning, "Baby, I've been on this too long."

The video is minimal and symbolic, picturing Tesfaye in black-and-white, singing in a dimly lit studio with a girl behind him, arms draped around his neck. Her face is never shown, and her clothes come off piece by piece until she finally disappears. It's a remarkably complex piece, and like the group's music, mystery is its ally, allowing each moment to occupy multiple meanings. But this time, Tesfaye couldn't leave well enough alone, offering up a letter on The Weeknd's website that explains his intentions.

"The 'Rolling Stone' video takes place in a dimly lit studio which represents the mainstream world while the other side represents the underground," he writes. "The girl holding on represents you. As the world slowly gets familiar with my face, the more you will lose interest (hence the pieces of her clothing coming off at every shot). The camera lights symbolize the crossover, and when they begin to flash I look away from the underground. Even though I don't want to, it is a step that I feel I must take to evolve as an artist."

It's hard to say whether jumping to a major label is a necessary step for The Weeknd, but Tesfaye is right on the money when it comes to the importance of his anonymity. His narratives hinge on the audience's unfamiliarity with his life, allowing listeners to decide for themselves which parts to believe. Tesfaye should put down his pen, keep quiet, and let his music do the talking. His silence makes The Weeknd work.