It's one thing to blur the lines of androgyny a la David Bowie, but Tom Gabel is changing completely.

When Against Me! took the stage for a May 25 concert in San Diego, the punk-rock quartet sounded the same as they have for years. Performing a 40-minute set that included the title song of the band's forthcoming album, Transgender Dysphoria Blues, this particular show marked a new beginning in the band's 15-year career. Lead singer Laura Jane Grace — clad in a black tank top, jeans and black eye shadow — was making her first onstage appearance as a woman, a transformation the singer formerly known as Tom Gabel had officially announced earlier that month. 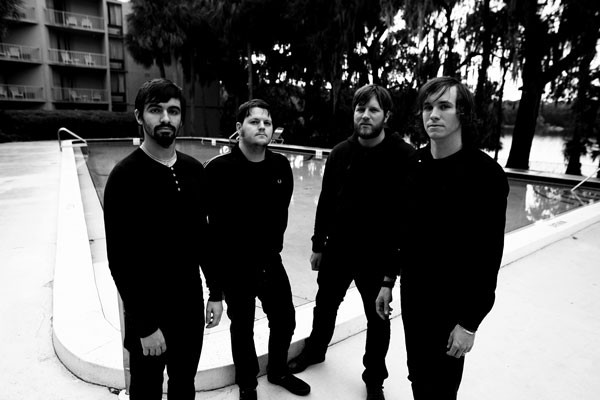 "I was worried that some people expected me to come out looking like Little Bo Peep or something," she told Rolling Stone after the concert. It's one thing to blur the lines of androgyny a la David Bowie, Grace Jones or Annie Lennox, but it's much bigger when you're in the public eye and change your gender completely.

When Against Me! performs at Amos' Southend on June 14, Charlotte fans will see that change up close and personal. The band's husky voiced frontman is publicly transitioning into — and currently living as — a front woman. While there is concern over how medical treatments, which include estrogen hormone therapy, will affect Grace's voice and onstage stamina, the performer seems to think the benefits outweigh the challenges.

The singer detailed her lifelong struggle with gender dysphoria — a medical condition marked by an intense disconnection and dissatisfaction with one's gender assigned at birth — to Rolling Stone in May. "The cliché is that you're a woman trapped in a man's body, but it's not that simple," she told the magazine. "It's a feeling of detachment from your body and from yourself."

Grace is hardly the only openly transgender musician. The classical electronic composer Wendy Carlos underwent gender reassignment surgery in 1972, and since then there have been proto-punk singer Jayne County, industrial-music pioneer Genesis P-Orridge of Throbbing Gristle and Psychic TV, Mina Caputo of Life of Agony and cabaret artist Justin Vivian Bond. But Grace is the first well-known rocker to transition under the scrutiny of the public eye.

Since Grace only recently started a regimen of female hormones — which will soften her skin, thin her body hair and perhaps lower her sex drive — she may experience some visible missteps before fully presenting as a woman. "I'm going to have embarrassing moments," Grace said, "and that won't be fun." 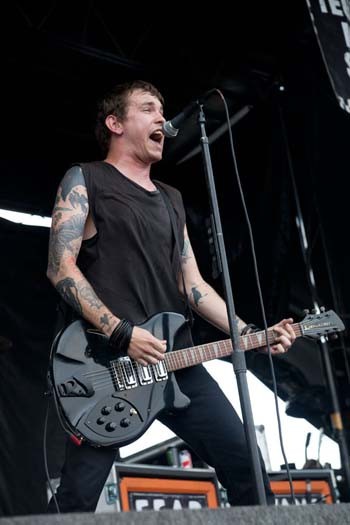 Unlike Grace, most transgender people undergo the changes without the whole world watching. Charlotte resident Roberta Dunn, who transitioned from male to female at age 50, was the sales director for a corporation whose clients were federal government agencies including the FBI, CIA and NSA. Not wanting to lose her high-profile job, and with a family to support, she quietly started a low dose of female hormones. She felt pressure to keep her transition a secret. During major meetings, she had to suppress the effects of new female hormones, which caused mood swings. After retiring in 2005, she took on the full hormone regimen. Dunn says Grace does not have the choice of slowly ramping up her transition — there's only one speed.

Many fans and music commentators wonder how Grace's female hormone therapy will affect her voice, particularly her guttural wails and growls. While she will eventually present as female, her voice will most likely remain the same, according to experts. The human voice is not greatly affected by estrogen, says Rhett Brown, a doctor at Presbyterian Medicine Uptown who has treated transgender patients for two years and been in practice for 20.

"The voice box is turned by testosterone through puberty and will not change through estrogen," says Brown. "[Men transitioning into women] have to learn how to speak a little bit softer and heighten their voice."

This may be good news for Against Me! fans who have so far stood behind Grace and the band. Early reviews of the group's new single and upcoming album have been mostly positive, including one from Under the Gun Review calling Against Me!'s new songs more punk than the band's entire previous album — a promising sign for the rest of the CD.

With a title like Transgender Dysphoria Blues, there's no doubt Grace will be tackling the transgender topic in her lyrics, but fans have gone back to previous releases for hints. In hindsight, "The Ocean," from Against Me!'s 2007 album New Wave, seems to have foreshadowed Grace's public transition:

If I could have chosen

I would have been born a woman

My mother once told me she would have

I would grow up to be strong and

One day I'd find an honest man

to make my husband

Although the song seems to reveal Grace's identity, the interpretation was mere speculation before her recent announcement.

Transgender people may take years to fully explore themselves, especially since gender — like sexual orientation — is on a spectrum, says psychologist Lisa Griffin, who has counseled transgender individuals for about 15 years. "Not everyone who comes to see me is sure about what is happening to them," Griffin says. "You could be very, very female, sort of female, sort of in the middle, sort of male or very, very male."

The road to self-discovery often starts early — for Grace, it began when she was about 4 or 5. She told Rolling Stone that she would skip school as a child, dress in her mom's clothes and watch television. When she entered the punk-rock world at 18 — and began performing and living with bandmates James Bowman, Jay Weinberg and Andrew Seward — she felt the need to assert her masculinity. The drug-fueled, aggressive atmosphere forced Grace to compensate for her more feminine mannerisms by being hyper-masculine.

Dunn identifies with Grace's dilemma. Dunn says she also had to put on a dominant male persona at work and home before transitioning. "I didn't want to show my feminine side," she says. "I had to be more macho. If a magician doesn't want you to see what's going on here, he makes a motion over there."

Even when Grace finally came out to herself as transgender, there was still the matter of telling her wife. Heather Hannoura, 35, plans to stand by Grace throughout the transition. The couple have a 2-year-old daughter, Evelyn.

It's possible that Hannoura, who considers herself heterosexual, may feel differently as Grace becomes more female. It might negatively impact their intimate life, a situation Charlotte resident Paige Dula knows all too well. After six months on estrogen hormone therapy, Dula — who was married for 15 years and transitioned from male to female — noticed her wife was not interested in getting intimate.

"She could detect the scent, in a way, and just wasn't attracted to any feminine aspect of me," says Dula. "That was the beginning of the end of our marriage."

Grace, like all transitioning individuals, will need support from her family and community, says Dunn, who successfully transitioned, became an advocate for transgender rights and is currently the secretary of the Carolina Transgender Society. Grace can find similar organizations and take comfort that other transgender people have successfully navigated their way to new lives.

"It's amazing that these people who were timid, shy, can start liking their body," says Brown. "They are like a flower and it's wonderful to watch."

The largely progressive punk scene may also ease Grace into her new sense of self and the effect could be positive for transgender fans who wish to open up about their own identities. "The more celebrities who just happen to [make being transgender] a matter-of-fact part of their identity, the more that gives courage to people who are hiding in their communities," says Griffin. "When celebrities have the courage to be out and open with all their experiences, then it shows people who aren't celebrities that maybe they can do this, too."

Grace may be able to hold on to her marriage as well. Dunn is still married to her wife, Jay, who saw her through the entire transition. Today their relationship is more emotional than physical — when Dunn's estrogen rose, her sex drive plummeted due to lowered testosterone levels, the male hormone responsible for powering libido. Bringing up her levels would disrupt her female hormones, so Dunn is content with the way her relationship has changed. "We both have more feelings and emotions," she says. "I'm the happiest I've ever been in my life."

In the coming years, Grace will have to decide how far she wants to take her transformation — which could include breast augmentation or the removal of her penis after she has lived as a woman for a year or more. For now, she is savoring the journey and contemplating a bright future for Against Me!. "However fierce our band was in the past," she told Rolling Stone, "imagine me, six foot two, in heels, fucking screaming in someone's face."