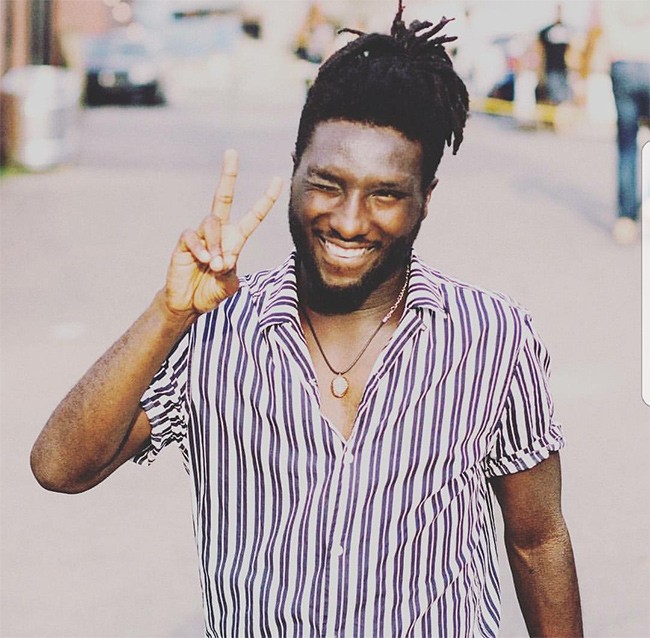 Talking to Indigo Jo is like being in the eye of a storm. The rapper formerly known as Joel Verdad is preternaturally calm, spiritual, but not in a heavy way. You just feel yourself preparing for a minor miracle or two. So it wasn't a shock that he opened the interview with an anecdote about a street corner prophecy he received in a local bar.

"I was in Common Market the other day and this guy just started preaching to me about [the late Doors singer] Jim Morrison, and him singing about the spiritual pathway of the Carolinas," Jo said. "He had some really prophetic words about the city and where we are headed. I mean, he may have been crazy, but then again, who's to say?"

Indigo Jo has always been open to alternative messaging. He may have gotten it from his dad, a nondenominational preacher who encouraged him to start a rap group, HYPE (Holy Young People Excitement) Squad, when he was 10. But as he matured, his music became less dogmatic.

"As an indigo child, we actually don't conform too much to the old-time system of control. We are fluid, multi-talented. We think for ourselves. You try to control people when you can't control yourself, when you don't understand yourself. I started talking my truths more — more about myself and less about rule-bound Christianity. I realized I can reach people, I can touch people outside of church," Jo said. 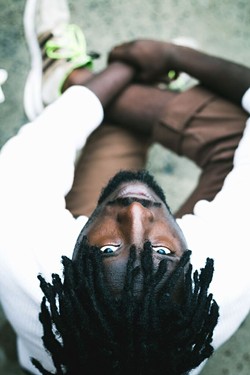 If Jo — born Donovan Joel Long — ever worried about his family's reception to his ideas, he needn't have. His father was all for it, and the respect that already existed between them grew. But his father's musical influence began long before, as a jazz head.

"I have vivid memories of riding in the car, strapped into a car seat as a baby, with my dad listening to jazz," Jo said. "In fact, Al Jarreau got me into hip-hop. It wasn't like Tupac, even though I respect those guys. [Jarreau] introduced me to scatting and I said I wanted to do that."

The Carolina native is a Charlottean to the bone, growing up between his home in Monroe and his grandmother's house off Beatties Ford Road. His ode to the west side, "CLT," came from watching and understanding the lifestyles of friends and family in that area.

"I'm talking about the lifestyle and the 'hood where my family came from, even though my dad got us into a better environment by the time I came along," Jo said. "But I started questioning why I think certain things, examining deeper themes about dark times and beginning to understand myself. Seeing things I once saw through new knowledge. It's an ironic song, because the hook at the end says, 'It still feels good to be free, roaming in the CLT, from the west side I reside, it feels good to be me."

As Verdad, Indigo performed on a lot of stages, working with producers from Sony and performing with Erykah Badu and Roy Ayers.

"At the time I didn't know I was hearing Ayers' music all the time sampled in hip-hop," he said. "Now knowing, he's became one of my favorite artists. It was beautiful. But it was money-focused."

He released an EP called Hybrid but it was shelved due to trouble with the legal clearances. He changed his name during a spiritual progression, and confirmation from his friend and fellow CLT rapper Deniro Farrar just sealed the deal.

"I am an indigo child," Jo said with a smile. "Indigo is about truth. The blues are always true."

Long before Indigo Jo discovered jazz, he took his original influences from literature, namely Shakespeare. The youngest of three siblings, he graduated from Hopewell High School, north of Charlotte, but put his college aspirations aside to pursue his growing love of punk, hip-hop, house music and soul.

"Punk talks about the struggle, too, going against the system, Jo said. "Rage Against the Machine, System of a Down, Green Day, [and] of course the history of black punkers like Poly Styrene [of X-Ray Spex] and [D.C. hardcore pioneers] Bad Brains."

For inspiration, Indigo Jo looks to instrumentation for the musicality that's reflected in his work. He plays the saxophone and is learning guitar. As far as fueling his writing, hip-hop doesn't do it.

"House music helps me write," he said. "It opens me up and makes me vulnerable, where I can connect with my thoughts. It's the upbeat, feel-good sound."

That sound is evident in the breezy guitars that fuel such reflective Indigo Jo tracks as "N.A.S.A." — which stands for "Not A Sing-Along," not National Aeronautics and Space Administration — and "Beast Jo." It's also in the more upbeat "Church on TraXXX," featuring Farrar, which Jo recorded in 2012 as Joel Verdad for his album Adolescent (Add-A-Lesson) Theory. That record featured contributions not just from Farrar, but also Shawn Dawg and Serenity Skyy.

It's that feel-good sound that is part of our Carolina music heritage, Jo insists.

"It's funny when we try to make music that sounds like Atlanta or somewhere else that's not us. It's not our identity. That's why we ain't made it," he said.

"We're like the last of the Mohicans. Ain't nobody fucking with the Carolinas. That nurturing sound, that honesty and truth, is in Charlotte. Mecklenburg is the Mecca for a reason. If ain't nobody else saying it, I'm saying it."