These smooth talkers distinguished themselves with vulnerable lyrics and swelling harmonies 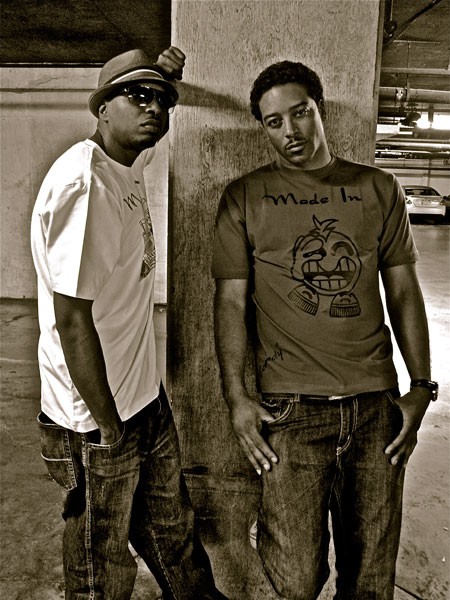 IF THEY EVER FALL IN LOVE: Shai

In 1993, when hip-hop was just beginning its occupation of pop culture, mainstream R&B adapted with bad-boy groups like Jodeci and H-Town. These crooners sagged their jeans and went shirtless, sang countless paeans to "freaking" and generally stuck a fork in the eye of R&B's tradition of clean-cut romanticism.

On this crowded stage of studio gangsters, Shai was the group you could take home to mama. They hailed from the black Ivy League of Howard University, with three of the four original members belonging to the Alpha Phi Alpha fraternity. The group's branding frequently referenced African symbolism, down to the name — an ancient Egyptian concept relating to fate or destiny. Marc Gay, Carl Martin, Darnell Van Rensalier and Garfield A. Bright distinguished themselves from the bump-n-grind anthems of Silk et al. with vulnerable lyrics and swelling harmonies.

"Had it been not for the hit song on the radio, they wouldn't have signed us," says Van Rensalier. "Our whole thing, our sound, being from Howard, we were a risk."

Shai brought adult urban contemporary to a younger demographic, and though the Village Voice's Robert Christgau castigated their debut album as "too smarmy and too slow," ...If I Ever Fall in Love swiftly became the soundtrack to many tender come-ons and reluctant break-ups. The group is bound to attract many fans nostalgic for those days, but hopes to see new faces too, at the Feb. 21 performance in the University district, as part of the grand opening festivities of the newest outpost of [email protected] Literary Lounge.

"If I Ever Fall in Love," Shai's first and biggest hit single, cracked Billboard's Top 10. Success came quickly, as did tension. Van Rensalier, a music major, says he wasn't surprised by the swiftness of fame.

"It's kind of funny. I just knew I liked ["If I Ever Fall in Love"], so I thought it would be a hit. I knew if we put it on the radio, people would respond. Within a few weeks it got to No. 1 in rotation in D.C., so I assumed the same thing would happen again. Then, I learned all it took to make a hit. None of us were students of the business. The whole thing happened faster than we were able to get a team together. We kind of self-imploded."

Shai's light continued with "Comforter" and "Baby I'm Yours," both of which also made the pop Top 10. But follow-up album Right Back At Cha's "Come with Me," "I Don't Wanna Be Alone" and "The Place Where You Belong" saw less movement, and in 1996 the group released its last recording with all four original members. Like any rise-to-riches story, the group splintered amid dwindling success and finger-pointing. Van Rensalier prefers not to name names, but says, "One dude thought he would be the man. He allowed the industry to come between us. ... Those people don't really have the talent, that's why they do that. It's almost like a manual; it's the same story. Every group has one guy who's that."

Martin was the first to leave, then Gray, then replacement member Erik Willis. Van Rensalier and Bright now perform with Dwayne Jones and George Spencer III. Van Rensalier says they are working on a 20-year anniversary album, as well as a side project between himself and Bright of all-new material, under the name DnG. Amid the hits, they'll be performing "Tell Me Why," one of the new songs, at the show.

"We tell stories," says Van Rensalier. "That isn't changing. The song describes a situation where a guy is asking a girl for a defining moment. 'Is this a physical thing, do I like you or do I love you?' It's one of those fundamental love stories that happen in every relationship."