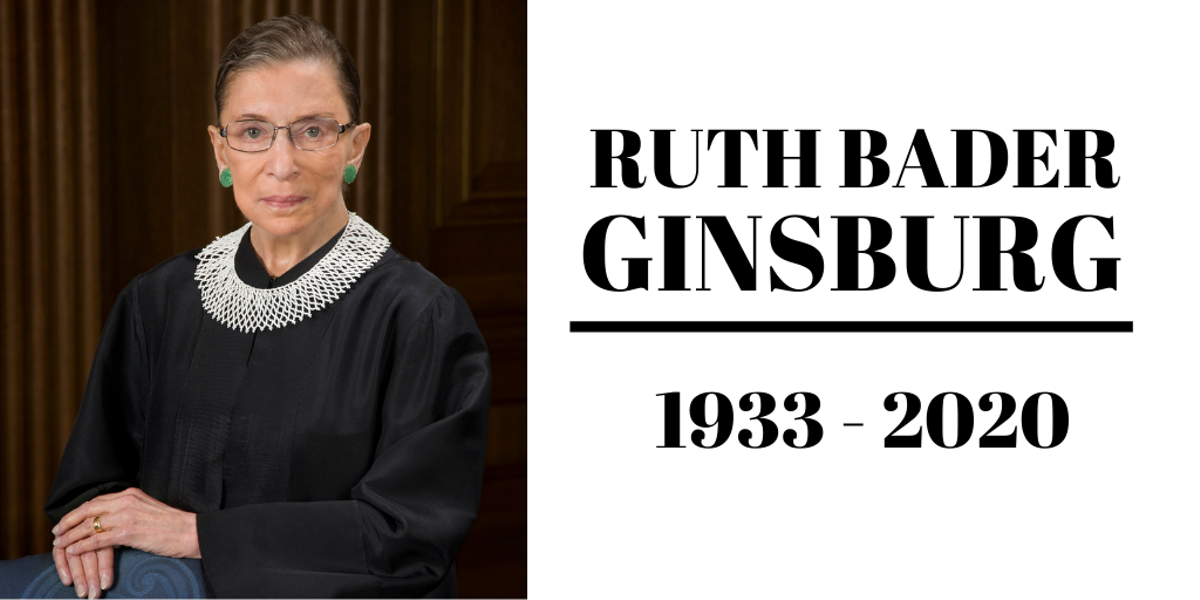 On Saturday, September 19, President Donald J. Trump ordered all flags to be flown at half staff until late Supreme Court Justice Ruth Bader Ginsburg is interred.

The 87-year-old justice died Friday due to complications of metastatic pancreatic cancer. Announcing her death, the court said Ginsberg, who died on the eve of the Jewish new year, was surrounded by her family at her home in Washington, D.C. A private interment service will be held at Arlington National Cemetery. The date for that service has not yet been determined.

In a proclamation issued Saturday, President Trump ordered flags to be lowered at the White House, on all public buildings and grounds, at all military posts and naval stations, and on all naval vessels of the federal government in the District of Columbia and throughout the United States and its territories and possessions until sunset on the day of Ginsburg's burial. Flags are also to fly at half-staff at US embassies, legations, consular offices, and other facilities abroad, including all military facilities and naval vessels and stations.

In part, the proclamation reads:

"Today, our Nation mourns the loss of a trailblazer, not only in the field of law, but in the history of our country.  Ruth Bader Ginsburg served more than 27 years as an Associate Justice of the Supreme Court of the United States.  She was a loving wife to her late husband Martin, and a caring mother to her two children Jane and James.

Ruth Bader Ginsburg was an inspiration to all Americans. Having lost her older sister and mother before graduating high school, she entered law school as both a wife and a mother, and one of the few women in her class. After graduating from law school in 1959, she worked tirelessly for more than 34 years as a litigator and jurist and, in 1993, she became just the second woman to sit on the Supreme Court of the United States. Renowned for her powerful dissents at the Supreme Court, Justice Ginsburg epitomized powerful yet respectful argument; that you can disagree with someone without being disagreeable to them. Justice Ginsburg’s work helped bring about greater equality for women, secure rights for the disabled, and will continue to influence our Nation for generations to come. In addition to her quick mind, she brought flair to the bench with her stylish jabots and her warm friendships among colleagues, even those with whom she often disagreed, most notably with the late Justice Antonin Scalia.

"A fighter to the end, Justice Ginsburg defeated cancer and the odds numerous times — all while continuing to serve on the Court. Her commitment to the law and her fearlessness in the face of death inspired countless “RBG” fans, and she continues to serve as a role model to countless women lawyers. Her legacy and contribution to American history will never be forgotten."