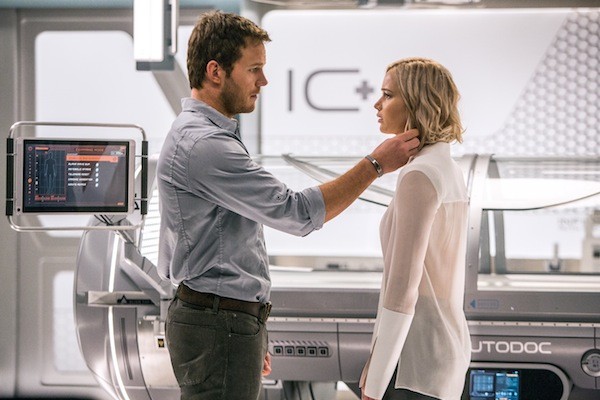 It becomes clear before long that the futuristic sci-fi outing Passengers, aka Grab 'Em By the Pussy: The Movie, could only have been written by a man. The picture stars Chris Pratt as Jim Preston, one of the 5,000 hibernating passengers aboard a spacecraft heading to a habitable planet 120 light years away. A glitch causes Jim to awaken 90 years too soon; realizing he will die alone long before the ship reaches its destination, he decides to wake up a hottie, Aurora Lane (Jennifer Lawrence), to keep him company.

It's an interesting if troubling premise, and scripter Jon Spaihts initially plays fair with the moral implications of such a scenario. But the final stretch finds the picture copping out at every turn — not only by having the characters (particularly Aurora) make ridiculous choices straight down the line but also by steering right into absurd action-film conventions. The film's visual design is excellent, but even it gets trumped by the story's icky implications.