New documentary claims it was worse than reported 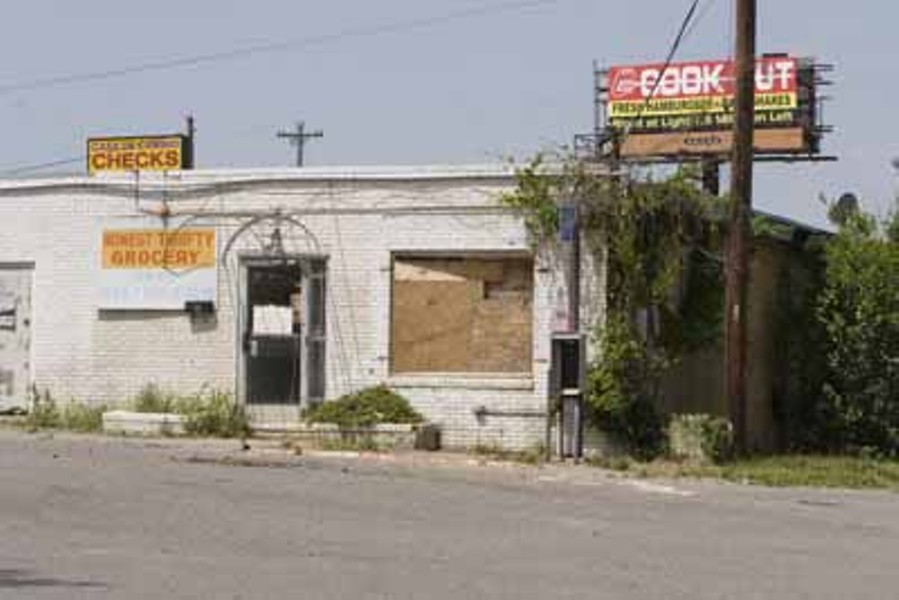 KING COUNTRY: Hidden Valley, the neighborhood that birthed the Kings

In November 2005, gunfire erupted in the food court at Eastland Mall as members of the Hidden Valley Kings gang attempted to mow down drug dealer Juan Lawrence while shoppers at the troubled mall ducked for cover.

Later that night, still hot on Lawrence's trail, cars full of HVK gangsters traded shots with Lawrence by car, weaving in and out of traffic.

"There was a rolling shootout going up North Tryon Street," U.S. District Attorney Kevin Zolot told the History Channel. "They were literally driving down a main thoroughfare in Charlotte and shooting at each other. It was almost like the Wild West."

According to the documentary currently airing on the History Channel about Charlotte's Hidden Valley Kings gang, after Lawrence crashed his car, gang members carrying guns hunted him street by street, at times running through people's homes. They eventually caught up to him and executed him with a high-powered rifle.

One problem. As News 14 reporter Kate Gaier reported last week, at the time, the Charlotte-Mecklenburg Police Department denied the 2005 hunt-and-slay-style killing was gang-related. Last week, the police were on national television admitting that wasn't exactly the case.

The hour-long documentary, which focuses exclusively on the Kings, is part of the History Channel's Gangland series about the nation's most violent and notorious gangs. The documentary ranked the Kings as one of the most violent gangs on the East Coast.

That was probably news to the average Charlottean. Watch the documentary and a shocking story of murder and mayhem unfolds. That high-ranking members of the Kings were eventually busted though a joint effort by the police and the FBI in 2007 was widely reported here. But the sheer size, organization and murderous tendencies of the 500-member gang laid out in the documentary was a largely untold story locally. The gang was described by police officers as having the potential to be among the biggest money makers in Charlotte with a lucrative drug trade run out of the Hidden Valley neighborhood that gang members at times protected with mounted machine guns and AK-47s.

As a reporter and columnist for The Leader newspaper in the late 1990s and for Creative Loafing since 2001, I regularly got beaten up in letters to the editor and elsewhere by those at the top of the police department for "exaggerating" the extent of the gang problem. As it turns out, if the History Channel is correct, the problem I chronicled for years was actually worse than I reported.

The documentary focuses not just on the gang but on how local officials' denial allowed it to flourish. Under the leadership of former police chiefs Dennis Nowicki and Darrel Stephens, the unofficial -- and sometimes official -- policy of the department was that the city didn't have a gang problem, or much of one.

"As far as a department or a citywide thing, gangs weren't mentioned," Charlotte-Mecklenburg Police Department Detective Tim White was quoted as saying in the documentary, referring to the explosion in gang activity starting about a decade ago. "It was like a taboo at that time."

"The police department and the city were slow to recognize it or address it because nobody wants to say you have a gang problem," Wallin told the History Channel.

The documentary described how the Kings mocked police for that policy of denial, even dividing up drug distribution zones to mirror the department's patrol divisions.

The documentary pieced together the bloody trail of murder cut by the gang, from shootings in broad daylight, to the reprisal killings that followed the murder of Sam Brown, who was shot dead by the Kings in front of a dozen of witnesses at Rack Runner's bar on North Tryon Street.

"The gang was literally able to get away with murder because the Charlotte PD was treating each of their crimes as an isolated incident," the documentary claimed.

Quizzed about it in an interview I did last week on WBT, Charlotte Mayor Pat McCrory insisted that the city cleaned up the gang problem as soon as it became aware of it, and that no one tried to keep the public in the dark.

But retired police Sgt. Joey Neely says that he grew frustrated after he provided detailed gang reports to department higher-ups delineating the problem, only to hear them downplay it in the media and refuse to formally address the problem. By 2003, as the Charlotte Observer began to ask questions as well, the department formed a gang taskforce dedicated more toward collecting data on gang members than actually targeting them.

Whether the department under the newest chief, Rodney Monroe, will do any better remains to be seen, but it is a good sign that he has already more than doubled the number of staff dedicated to gangs.

A lot of things have changed since Monroe took over the department. Chief among them is the department's own official version of what has been going on for the last decade.