Only the Brave offers a lukewarm experience

ONLY THE BRAVE
**1/2 (out of four)
DIRECTED BY Joseph Kosinki
STARS Josh Brolin, Miles Teller 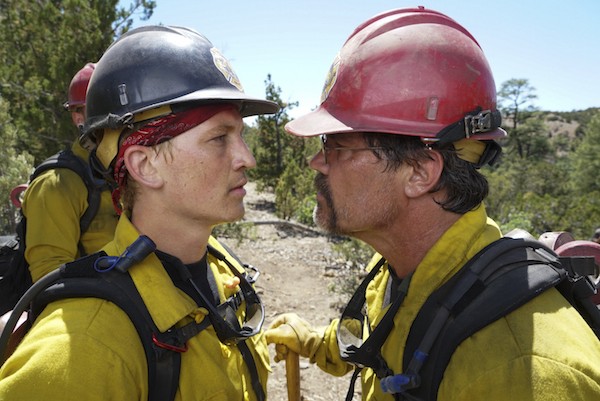 A true-life tale of heroism is the inspiration for Only the Brave, a competent if conventional drama that centers on a team of elite Arizona firefighters known as the Granite Mountain Hotshots.

As is often the case with these types of films, hagiography takes center stage, meaning that, aside from a few individuals painted with extra brush strokes (Josh Brolin’s gruff leader, Miles Teller’s troubled newbie), none of the firefighters are given much in the way of individualism. The domestic scenes that are introduced in an effort to provide additional shadings are fairly standard, with the only deviation from the norm arriving courtesy of Jennifer Connelly — as Brolin’s wife, she’s allowed to do more than just stand by her man (usually the default position in these films; see Kate Hudson in Deepwater Horizon and Holliday Grainger in The Finest Hours).

Director Joseph Kosinski, whose previous credits were the sci-fi duds TRON: Legacy and Oblivion, effectively captures the horror of the raging fires, while scripters Ken Nolan and Eric Warren Singer (working from Sean Flynn’s GQ article “No Exit”) offer some interesting behind-the-scenes facts regarding the firefighting business. But who gets the blame for that wince-inducing CGI bear, repeatedly seen in fantasy sequences hurtling through the woods like an ursine Human Torch?