On the Road misses the Beat | Reviews | Creative Loafing Charlotte

On the Road misses the Beat 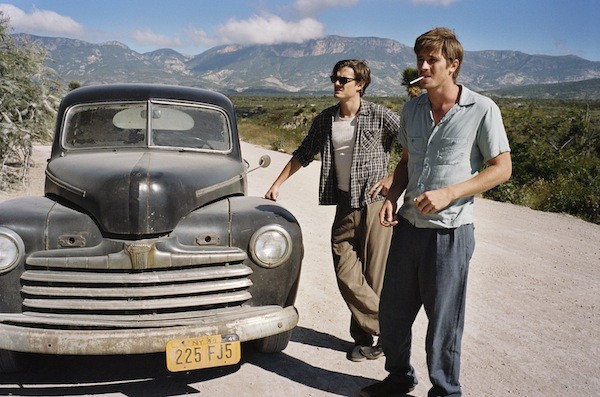 There was enough of a hint of all that jazz to director Walter Salles' 2004 effort The Motorcycle Diaries, a look at the early years of Che Guevara, to signal that he might have been the proper person to tackle On the Road, the screen adaptation of Jack Kerouac's landmark novel. Instead, this look at the Beat generation ends up missing too many of its own beats to ever succeed. Enlisting his Motorcycle writer Jose Rivera as his accomplice, Salles approaches Kerouac's raw, restless and spontaneous work in such a staid and conservative manner that the movie might as well be a lesser Merchant-Ivory production from the team's late-'90s period of decline.

Sam Riley and Garrett Hedlund deliver underwhelming performances in the two roles that simply must engage audiences from the get-go. Riley is aspiring writer Sal Paradise (the character based on Kerouac himself), who longs for the freedom of the open road; Hedlund is irresponsible hedonist Dean Moriarty (aka Neal Cassady), who joins him on many of his cross-country adventures. Salles and Rivera chart the men's encounters in acceptable vignette fashion, but there's very little sense of the thrill of discovery in what's presented on screen, with the filmmakers dutifully checking off each CliffsNotes highlight before moving forward. I wonder what a director like David Cronenberg might have brought to the party; his whacked-out 1991 version of William S. Burroughs' Naked Lunch wasn't a complete success, but it exhibited a go-for-broke strategy that's sadly missing in On the Road.

Speaking of Burroughs, he appears here in the form of junkie-poet Old Bull Lee, played with the proper measure of eccentricity by Viggo Mortensen. And while it's open season on Kristen Stewart these days, with the put-upon actress having to contend with hatred generally reserved for al-Qaeda operatives, she's just fine in her too-few scenes as Dean's first wife, the teenage Marylou; ditto for Kirsten Dunst as Dean's second wife, Camille, Amy Adams as Old Bull Lee's spouse, and Steve Buscemi as one of the bisexual Dean's johns. These supporting players all add color and dimension to an otherwise sterile piece, not unlike interesting footnotes found peppering the pages of a dull college textbook.