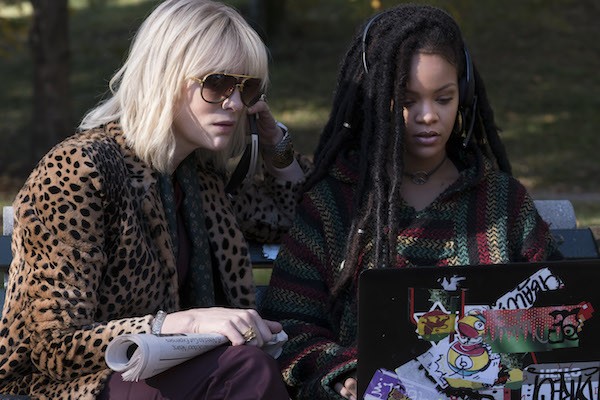 During the first decade of the 21st century, filmgoers could count on Steven Soderbergh gifting them a new Ocean’s flick every few years. The behind-the-scenes gist was presumably the same for all three pictures — basically, a bunch of movie stars got together with their directing buddy to shoot a few sequences in between their nonstop partying through European and American hot spots — but, in a reversal of the norm, here was a franchise that actually improved as it progressed.

The 2001 release Ocean’s Eleven, a remake of a middling Rat Pack movie from 1960, offered amusing turns from Brad Pitt, Bernie Mac and Elliott Gould but otherwise had little going on beneath its air of cool collectedness. The 2004 follow-up Ocean’s Twelve added a few more narrative complications and made better use of its all-star cast (particularly Matt Damon and Julia Roberts). Yet it wasn’t until 2007’s Ocean’s Thirteen that everything clicked just right, largely because it was the first film where it truly felt like there was something at stake in its convoluted, house-of-cards plotline.

Those cards take something of a tumble in Ocean’s 8, not so much a reboot of the franchise as a continuation with different players. Soderbergh is still attached as producer (The Hunger Games’ Gary Ross takes over as director), Gould returns briefly as Reuben Tishkoff to maintain some semblance of continuity, and there are frequent discussions centered around George Clooney’s Danny Ocean, who supposedly has died in the interim (I say supposedly, because it’s routinely pondered throughout the film as to whether he’s really dead, just in case Clooney ever opts to return to the fold for an easy paycheck).

The central character is now Danny’s sister Debbie (Sandra Bullock), just wrapping up a jail sentence and eager to pull off a massive score. Her idea is to steal a necklace valued at $150 million – easier schemed than done since said bauble has been kept in an underground vault for the past few decades. But Debbie sets into motion a plot that will result in the necklace being worn to the Met Gala by pampered movie star Daphne Kluger (Anne Hathaway), at which point she plans to pilfer the jewelry. To assist her in her robbery, she assembles a team whose members include her BFF and former partner in crime (Cate Blanchett), a computer hacker (Rihanna), a fence (Sarah Paulson), a forger (Mindy Kaling), a street hustler (Awkwafina), and the fashion designer (Helena Bonham Carter) who will be dressing Daphne for the Met charity event.

To paraphrase Julie Andrews (and maybe Emily Blunt?) as Mary Poppins, Debbie’s plan is practically perfect in every way — which helps explain why the movie is anything but. Heist flicks rely on things going wrong to ratchet up that tension and provide a series of savory twists and turns, but Ross (co-scripting with Olivia Milch) ends up devising a caper scheme that runs too smoothly. As such, there’s only one significant plot twist and zero complications, leading to a narrative woefully lacking in any manner of intrigue or suspense.

Fortunately, many of the players provide some oomph to the proceedings. Like Clooney before them, Bullock and Blanchett are required to do nothing more than coast on their movie-star charms, but Carter is amusingly flighty, Rihanna is appropriately self-assured, and Awkwafina manages to steal some scenes right along with those diamonds. There’s also a late-inning appearance by James Corden, who’s very funny as a persistent investigator sent by the insurance company to locate the necklace. It initially appears as if Corden’s character will goose the story in an unexpected direction, but like everyone else (meaning those in the audience), he’s just there to admire the pretty people and remain amused at the lightheartedness of it all.