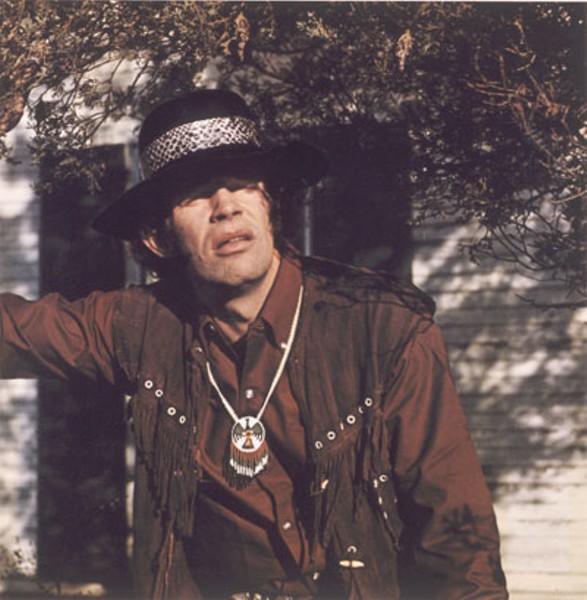 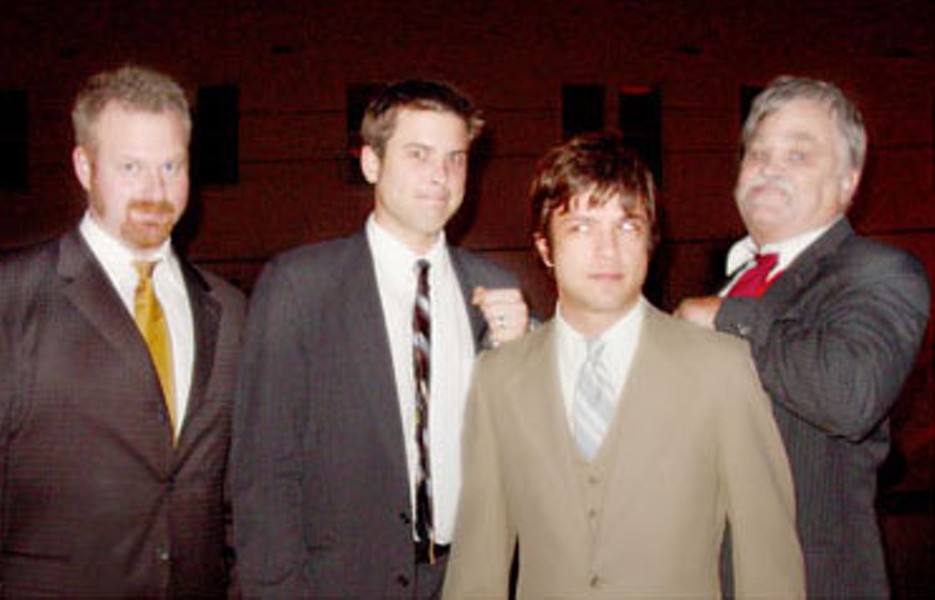 In 1969, Dave Coe was a 30 year-old parolee, resident of a hearse parked outside Nashville's Ryman Auditorium, home of the Grand Old Opry. Bona fide country outlaw Coe told tall tales of his years behind bars -- unless you believe he really did teach Charlie Manson to play the guitar, and that the State of Ohio lost all evidence of his alleged time on Death Row. With the name on the contract now matching the one on his rap sheet, David Allan Coe's life after prison soon became equally improbable, as he got a chance to make his first album, Penitentiary Blues, backed by some of Nashville's finest.

Among the prime Nashville Cats on Penitentiary Blues was the late drummer Kenneth Buttrey, who had played on Bob Dylan's "Rainy Day Women # 12 & 35." Buttrey got to march, pound, and roll Coe through the echoing halls of this portrait of the Longhaired Redneck as young bluesman. Its songs don't all deal with prison life, but, in this context, they sure seem like cells, both connected and separated. Places where your thoughts crowd you and people are alone together, in little cages like stages, because somebody's always watching and being watched.

Penitentiary Blues -- long out of print, recently reissued by Hacktone/Shout! Factory in time for Coe's 66th birthday -- now seems like the blueprint for Coe's enduring worldview. He sees himself and his lady friends as forever finding and losing each other in the maze of life, like ships that go bump in the night. If one of the pair discovers or accuses the other of bumping someone else, Coe's always ready (sometimes eager, sometimes sad) to hit the road, to stay away from conflict, and any other confinement.

And that applies to most other situations too, as in Coe's most famous song, "Take This Job And Shove It" ("I ain't workin' here no more"). Another standby, "You Never Even Call Me By My Name," establishes an ironic distance between himself and the clichés expected of country performers, which allows him to come back and use them again per his mercurial mood. Like the latter-day Dylan, he seems to live and thrive on an Endless Tour, and in endless reissues. Performing combinations of old and (carefully rationed) new songs, he moves kinda slow onstage now. But still, when Coe appears, it's nature's way of telling us to party.

And it's the same with Col. Bruce Hampton, another dedicated road warrior and Southern rock veteran, who carved a maverick niche for himself at the dawn of the 70s with his Atlanta-based, Zappaesque Hampton Grease Band. Col. Bruce deals with connection and separation by successfully combining -- but never binding -- wild strands of jazz, blues, bluegrass, garage punk and psychedelia, in a way so many jambands fail at miserably. This fusion is greatly helped by the fact that Hampton's a living crossroads for improbably talented musicians. A particularly good example is the first, self-titled and very live set by his 90s group Aquarium Rescue Unit, featuring several once-and-future members of the Allman Brothers Band -- keyboardist Chuck Leavell, guitarist Jimmy Herring, bassist Oteil Burbridge -- plus other finds like drummer Jeff Sipe and percussionist Count Mbutu. ARU's psych-jazz-rock even featured a mandolin player, Matt Mundy, who ricocheted through the heavier sounds.

Hampton's current band, the Codetalkers, is built around the post-bluegrass cadence of another mandolinist, Bobby Lee Rodgers, who also penned most of the songs on the Codetalkers' debut, Deluxe Edition. Rodgers' rippling rhythms and slightly nasal vocal clarity could make him seem merely mellow, without Hampton's infectious, restless guitar, and the solid-but-swinging rhythm section of drummer Tyler Greenwell and bassist Swan. Together, they illuminate the funny, scary, matter-of-fact travelin' blues of "UFO," "Saturn," and a cover of Skip James' just-as-cosmic "I'm So Glad." Hampton wails on the James classic and his own cell tune "Isle Of Langerhan" (it's a real place, look it up!). Furthermore, the Colonel spews the ebullient nonsense of "Rice Clients" like confetti, reaffirming his status as notable Zappa and Beefheart acolyte.

Col. Bruce has also been known to announce, "Nowhere is now here." Fittingly, this Friday night, he and Coe -- these two inveterate rollin' stones who travel lighter than everything except the speed of sound -- exit the highway void to meet metaphysically in Charlotte. Bring your wayward hearts out for some of the best travelin' music around.