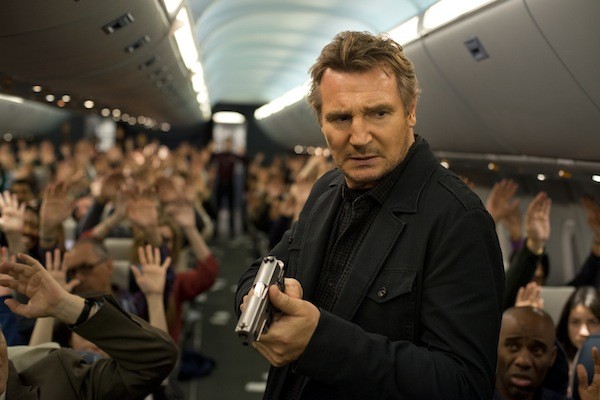 While most moviegoers might now find it impossible to imagine anyone other than Daniel Day-Lewis portraying Honest Abe in Steven Spielberg's Lincoln, the first choice for the role was actually Liam Neeson. The Schindler's List star had spent countless hours over the years researching the 16th President, finally dropping out because he ultimately felt he was too old for the part. I still wish he had tackled the role, since I find him worthy of winning an Oscar — he should have scored for 2004's Kinsey but absurdly wasn't even nominated — but he seems to have completely veered off that path, now choosing to only appear in the types of films that don't win awards for their actors.

And yet, Neeson's career pirouette has blessed the action genre with something it usually doesn't harbor: a leading man who can emote as well as he can punch. His presence immeasurably aided the exciting Taken and the underrated Unknown (Taken 2 was simply too wretched to be saved), and now he performs similar duty with Non-Stop. Yet this new picture isn't straight-up fisticuffs and firearms, as it also contains an old-fashioned mystery in the whodunnit vein. Hence, it's more Murder on the Orient Express and less Snakes on a Plane.

Actually, Shakes on a Plane would have been a sound title, as Neeson's character, Bill Marks, is a jumpy sort, thanks to his alcoholism and pteromerhanophobia (no, not a fear of pterodactyls but a fear of flying). Neither of these hang-ups are exactly conducive to someone who makes his living as an air marshal, but them's the breaks for Marks, whose latest assignment is a New York-to-London flight. It's not too long into the intercontinental jaunt, though, before he receives an ominous text message on his secure cell phone: Place $150 million into a specified account or watch a passenger get murdered every 20 minutes. It sounds ridiculous, but Marks takes the threat seriously and begins checking out the 150 passengers on board to winnow them down to the likeliest suspects. Could it be the bald guy (Corey Stoll) who's always furtively glancing around the cabin? The attractive woman (Julianne Moore) sitting next to Marks? The mild-mannered professor (Scoot McNairy) who was supposed to be heading to Amsterdam? The Middle Eastern man (Omar Metwally) who naturally fits America's idea of an in-flight antagonist? Surely it couldn't be one of the stewardesses, veteran Nancy (Downton Abbey's Michelle Dockery) or newbie Gwen (12 Years a Slave's Lupita Nyong'o)?

There are other suspicious characters to consider, and the strength of the screenplay by John W. Richardson, Chris Roach and Ryan Engle is that practically no one is a straw suspect, with Marks honing in on each player in turn. Elevating the intensity is the fact that the killer is carefully building the scenario so that Marks looks like the villain, a burned-out man who has nothing to lose. So rather than being supported in his investigation by his fellow flyers, he instead has to worry about them also standing in his way.

Crisply directed by Jaume Collet-Serra (who also helmed Unknown), Non-Stop is such a sterling example of popcorn entertainment that it's a shame when it tries to inject some heft into its storyline. The reason behind the nefarious scheme is not only farfetched but also a tad tasteless, adding real-world concerns into a work that isn't built to support it. It's only in this moment that Non-Stop encounters any sort of narrative turbulence; the rest of the time, it's first class all the way.