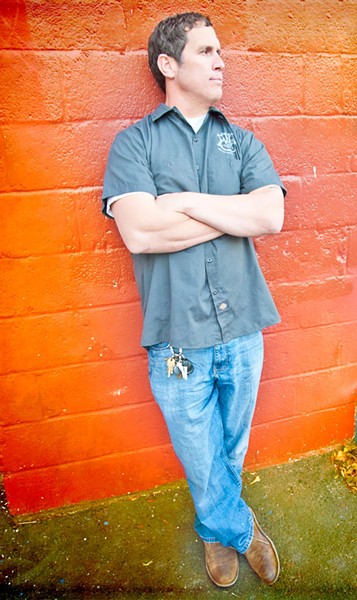 Rob Nixon, the owner of Jackalope Jack's on 7th Street, is a German-born entrepreneur who knows how to keep his customers happy. Well over six feet tall, Nixon has a hearty laugh and a personality that seems to have inspired Jack's: loud, animated and fun. Jack's has been in the Elizabeth area for nearly a decade, and plenty has changed since it opened. The neighborhood that once housed five significant restaurants now has upwards of 30. For Nixon, the changing times have motivated him to expand, and now he's opening a new spot — or actually, two — across the tracks in Plaza Midwood.

Creative Loafing: Why are you building a new restaurant right around the corner from 0x000AJackalope Jack's?

Rob Nixon: A couple of years ago, the city started testing the soil out in the lot. They said they were planning to build condominiums and that put the fear of God in us. We started looking for a new place and found what used to be the Steeple over by the Diamond restaurant. We thought that was a perfect location to move Jack's. They are no longer building the condos because of the market, but I'm assuming that within two to four years, they'll take this block down. For now, we will have Jackalope Jack's here, and Jack's Across the Tracks over there, and use the building next to it for something else: a club called Volume Lounge. I bought that property originally to satisfy the parking for the restaurant. It's kind of funny. Initially, it wasn't our idea to have the club, Volume Lounge was a complete accident.

The motivation for the nightclub is that there is no dance club in Plaza Midwood. Within a half mile of Plaza Midwood, I believe there are around 8,000 restaurant seats. Those 8,000 customers are forced to go downtown, where they are not necessarily happy with parking and prices, or they have to go to the Music Factory. If I can harness just 10 percent of that on a Friday, Saturday and Sunday, they will come to our area and reward all the bars around here.

What is your vision for both places? What can we expect?

The restaurant will have two bars, two patios, a lounge and another small conference room. The patio in the front will be sort of like a beer garden while the patio on the roof, with the kick-ass view of downtown, will be for parties and special events. At the restaurant we will feature four local microbrews on a regular basis and we really want to focus on food. A few nights a week, we will feature North Carolina wine, beer, vegetables, dairy, pork and vegetables; everything will be local.

The club will be vampire-chic, but comfortable, with a room-length bar and VIP area. Ultimately, we want to actually add to the neighborhood and not take any business away while being price-conscious at the same time.