Stepping up for the kids

When we first met Jason Terrell in October 2015, he and Mario Javon Shaw, the co-founders of educational nonprofit Profound Gentlemen, had recently quit their jobs as teachers to work full time on the passion project they had launched in 2014.

The organization, which aims to recruit, develop and retain black male teachers —who are sorely lacking in Charlotte and around the country — was struggling every day to keep afloat.

"Before, we were doing a minimum job of trying to provide as much support as we can on a shoestring budget," Terrell recalls now. "But we've been moving in a lot of great directions in the last year in terms of not only funding, but also more importantly the program itself and its impact."

Profound Gentlemen is now working with 175 teachers in five cities, 60 of whom are in Charlotte. They provide one-on-one coaching, networking opportunities and other services to help their end mission of diversifying the teacher workforce in Charlotte and beyond.

However, Terrell knows that even with all his growth, he needs to remain in hustle mode.

"This is a critical year for us," he says. "I've always heard the three to five years for nonprofits, people call it Death Valley. This is when organizations really figure out a sustainability model, figure out their impact and really chart their success for the next 10-plus years."

That's why, in 2018, Profound Gentleman is partnering with SchermCo, a Charlotte-based education consulting firm that works on issues like educational inequality on a local and national level.

Terrell had known SchermCo founder Greg Schermbeck from the days when they both worked with Teach For America, which sends young teachers into low-income schools. The two also bumped shoulders a few times over the last three years as they addressed educational inequity issues around Charlotte. 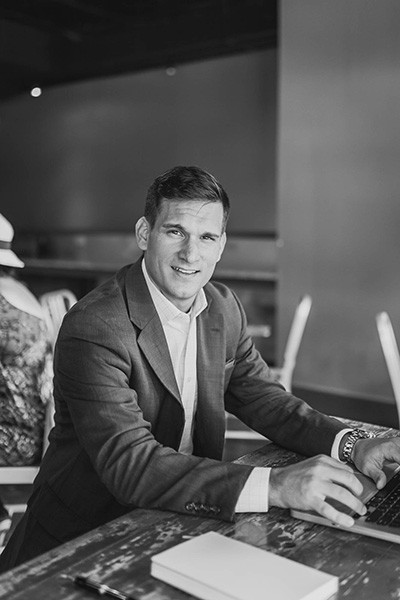 "He was in the same boat that I was, just starting up, hustling underground," Terrell says of Schermbeck. "At the time we met we were not in the financial position or even at the program level to begin thinking about this project. But we were able to grow and figure some more things out and get to the point we're at now."

Now, Schermbeck hopes he can help the staff at Profound Gentlemen up their game even more using what he refers to as a "clouds and dirt" strategy, chasing goals that may seem like he has his head in the clouds while also working on a grassroots level.

As a rhetorical example of the type of work SchermCo will be doing with Profound Gentlemen, Schermbeck said he'd like to map out a plan for Terrell and Shaw to expand the organization to 30 cities in the next 10 years, while also creating a concrete plan of action that can be taken in the coming months to realistically move toward that.

Terrell said he's entering the partnership with hopes of building a stronger board of directors with national representation, setting up a plan of how to go about hiring more staff in the years to come and creating a long-term funding plan to lessen reliance on donations and grants.

Schermbeck said he plans to have all of these worked out by July 2018, and help send Profound Gentlemen out of "Death Valley" and into more cities to help the people this was all about in the first place.

"At the end of the day, they're serving teachers, and those teachers are serving kids," he says. "So we can't come with some crazy esoteric solution that's not applicable. That hurts us, it hurts PG, and it doesn't help the kids and the students that they want to serve. So that's incredibly important."

We couldn't think of anything more so.