A 'rebirth' that's just more of the same 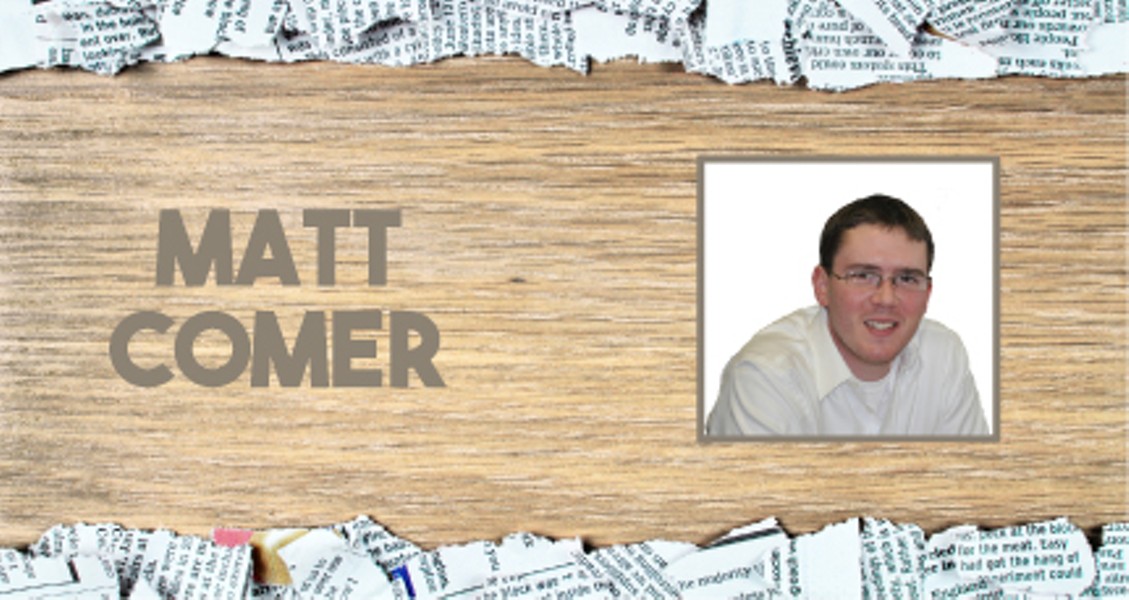 "A 79-year-old church being made new," the headline read. I had seen the Facebook ad multiple times. In the sidebar. In my News Feed. Over and over again for at least a week.

My curiosity was piqued and it needed a salve, so I clicked. I quickly felt disappointed. Tricked. Confused and angered, even.

I've lived in Charlotte since 2007. Moving here required all the normal expectations and to-do's that come with a move from one city to another, including a search for a new church home. I visited a few here and there, but the search is decidedly difficult, especially being a queer Baptist. It took years to finally happen upon the church I now occasionally attend, coming as close as ever to the same kind of worship style, theology and comfort of my hometown church.

Still, I'm always curious when I hear of new churches and occasionally ponder a visit when I see a new local church open up or scroll across my social feeds, like that Facebook ad last month.

I had recognized the name of the church. Oakhurst Baptist is an old and large, stately church I'd often pass in my travels up and down Monroe Road in east Charlotte. I hadn't given that particular church any significant consideration, but hearing of a historic church being "made new" sounded interesting to me.

Perhaps it was my own social media bubble — the sometimes self-imposed, sometimes algorithmically-imposed echo chamber modern social media creates for us — that set me up for disappointment. I've rarely seen ads for anti-LGBT institutions or organizations on my social media feeds.

After I clicked, I did some exploring on the site. Oakhurst Baptist, not unlike any number of older inner-city churches, had apparently experienced a decline. The same fate had once unfolded at the old Green Memorial Baptist Church, whose building in Plaza Midwood is now home to the offices of the Metrolina Baptist Association.

Now, Oakhurst is under new leadership and in the process of a "replanting." Pastoral leadership from other churches with assistance from other church organizations are breathing new life into a church once in decline. Oakhurst describes a "replant" as "when a church determines to restart the legacy of ministry and missions that once existed," and a "sort of 'two for one': birthing a new church while also helping out an existing church that is in decline."

I was still intrigued, so I kept clicking around and finally, most critically, landed on the church's statement of faith.

'Yup, yes, awesome,' I thought to myself as I read along. 'Cool, I agree with that.' And then, full stop.

Right there at the bottom of the statement of faith was what I had hoped wouldn't be there — an entire paragraph on the role of the family and the church's anti-LGBT marriage position, a sure sign of its lack of affirmation and inclusion.

I was disappointed, for sure, and I felt tricked, perhaps wrongly assuming an ad on my uber-progressive Facebook feed wouldn't have led me to anti-LGBT theology. I felt angry and confused — upset that a church in such a wonderfully vibrant and diverse area of town, home to the highest concentration of LGBT people in the entire state, could somehow find "rebirth" in the same old and tired anti-LGBT positions over which my fellow Baptists have completely marred their legacies.

But at least I had fair warning. Their exclusion was there, in black and white, to be read by LGBT and non-LGBT people alike. Oakhurst makes no secret of their beliefs and their association with the Southern Baptist Convention, something other new or rapidly growing churches fail to disclose to the public, the local megachurch Elevation being the largest and most visible example.

I'm sure Oakhurst, like Elevation, would tell me and other LGBT people that "all are welcome here." I'm sure they'd say they embrace all people with love. I'm sure I'd be welcome to attend, to give money, probably to volunteer. I know for certain I wouldn't be welcome in leadership — pastoral or otherwise — and likely not be considered for full membership. If Oakhurst deserves any praise, let it be for the openness in which they extol their exclusion. Anything less — like the hidden terms and conditions of anti-LGBT-Baptist-but-don't-tell-anyone-we're-really-anti-LGBT-Baptist churches like Elevation — is nothing short of deception.