My childhood encounter with Steve Winwood

That time I was touched by the hand of "god" 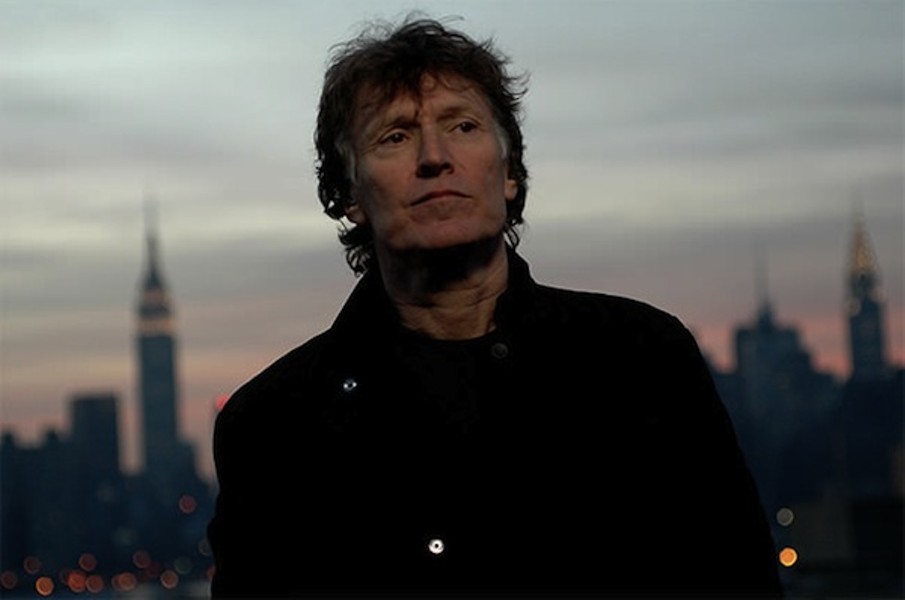 When I was a child, I use to think rockstars were mythical. Like the heroes who performed brave acts in Norse legends or Ted Nugent's noble and unselfish behavior in the Armed Forces. OK, that was mythical.

I didn't know my rock heroes actually existed. And, if they were on the same plane I was, they were in business class and I was stuck back in coach. When I was a boy, Steve Winwood showed me this wasn't entirely true. I will always be grateful to him for that.

It all happened many years ago when, in a freakish accident, my local movie theater, The Capitol, decided to start putting on rock 'n' roll shows. It was a decision so sudden and exciting to me, I started shrieking spontaneously when I first heard about it.

Considering my father was already thinking of sending me to military school, he was thoughtful enough to inform me this wasn't helping. Plus, the dog was so freaked out by my screams, if she could talk, she would've said, "Send him, already!"

One of The Capitol's first shows was the newly reunited Traffic — a band that seemed to break up and reform in every month that had an 'R' in it. Still, the band had just released one of its best records, John Barleycorn Must Die, and were touring to support it.

You have to understand what a huge deal this was; this band coming to my town. I lived in the suburbs, where there was virtually no live entertainment. Or people. The biggest thing I remember happening was a show at the Masonic Temple featuring comedian Norm Crosby. No one slept for weeks in anticipation.

So, for a name rock band to be playing 10 minutes away, at a theater where I once saw Swiss Family Robinson, was huge. My friends and I got tickets. And one Friday night, in June 1970, we were driven to The Capitol (flourishing again) and dropped off. All four of us with hair to our shoulders, embroidered jeans and joints sewn into a secret pocket of my friend Andy's army jacket.

We endured a few faceless opening acts (there were always a lot of them in those days, usually relatives of the promoter) and at 9:30, we started to prepare for Traffic. Which means, first we got stoned in the bathroom, then we went over our Traffic mythology. We discussed Dave Mason's great songs and the countless times he left and rejoined the band. It was the Vietnam era, so we tried to decide if Mason should be classified as a P.O.W. or M.I.A. We rapped in great detail how odd it was that their drummer, Jim Capaldi, wrote the lyrics. We wondered how they would sound live, without a bass player. Deep stuff for young boys. Or anyone with an IQ over 60.

Suddenly, we heard two soulful bleats of the organ, looked up and there, onstage, doing a soundcheck was one of our idols - Steve Winwood. The cat who sang with Spencer Davis at 15, with the authority of a middle-aged soul man from Georgia. To paraphrase Steve Van Zandt, Winwood sounded so black, he could only be from England.

We were elated to see him, but there was one impediment-literally. This was a big speaker in our sight-line, that made Steve's face fade in-and-out, every time he moved his head. Being young, opinionated and stoned, we were unhappy about this. Being young, unlucky and smaller than my friends, I was chosen to do something about it. Nothing of substance occurred to me. I was very high. So, all I could think to do was shout.

"Steve, we can't see you!" I yelled in a voice that I actually think changed at that very moment.

A couple of older hippies, with actual facial hair, looked at me and nodded approvingly. Well, at least, no one gave me a Moe Howard two-fingered eye-poke. So, after about 45 seconds of hearing some chords but not seeing Winwood's mug, I yelled again.

To add drama to the situation, I should mention that The Capitol had bouncers, so big, wild and scary, that at night I think they slept at The Bronx Zoo or collected for the mob. Still, I'd paid $5.50 for my seat and I was an entitled suburban brat. I wanted to see what I'd come for.

Sitting next to me, a long-haired guy with Neil Young sideburns, looked at me and whispered, "One more time, kid. That should do it." I wasn't sure if he meant I'd get what I wanted, or a bouncer would drag me out, hair first, like a caveman choosing a wife. In any case, I went for it.

That's when the first religious miracle of my life occurred. And made me consider taking Instructions in the Catholic faith. Steve Winwood, himself, came to the edge of the stage and gestured for me to come over. I thought, at first, I should do something more pressing, like throwing up. But I gathered all my boyhood nerve and with Andy nodding "Yes" at me, I got up from my seat, crawled over a sea of long-haired guys and hippie chicks and made my way to the stage.

The first thing Steve did was put his hand gently on my shoulder. I thought, "You really do exist!" Then, in an avuncular, upper-crusty Birmingham accent, Mr. Winwood laid the situation on me.

"I'm sorry you can't see me, mate," he said, "Here's the situation, though. That thing blocking you is a monitor. Without it being there, I can't really hear myself. If it really bothers you during the show, just go stand in the aisle. And," he said, with only the slightest trace of cheek, "if anybody bothers you, tell them Steve Winwood said it's alright."

He then turned away and went back to testing out the organ. I don't remember what happened after that. I was 12 and had just talked to a genuine English rock superstar. It would be as good a time as any to die, but then I would've missed the show.

I guess I must have eventually resumed breathing. My heart probably went back into normal sinus rhythm. I suppose I turned and walked back up the aisle, but all I could really remember was sitting in my seat again. The various hippies who had spurred me on were all saying various "Right ons!" and "That was so cool, man!"

My friends, on the other hand, had astonishment written all over their faces. If they could've spoken, they would've kissed my hand and said, "Don Corleone." Andy finally broke the silence.

"What did he say to you?" he said, completely flustered. I just shook my head, as if to imply, "You can't reveal The Word of God out loud." I smiled and said nothing. But I felt like I had been knighted. Or, at the least, moved several notches up the evolutionary ladder.

The other members of Traffic came out. Chris Wood blew a few notes of sax. Jim Capaldi, did a few rolls, thumps and adjustments on his kit. The lights went down. Traffic lit into a rabid version of "Glad." Everybody went absolutely apeshit.

As for me? I was too stunned. I'd already hit the highest point possible. The rest of the show was great, but for the kid who had just talked to Steve Winwood? I have to be honest. It was mostly just afterglow.