Consider these shows part of your summer school

For all the arguments and discussions about the poor quality of musicianship today, it's always good to get a bit of an education of how it used to be. Sure, we can't resurrect some of the legendary greats from times gone by (we're looking at you, hologram), but you can still hear plenty of musicians who have been around for at least 20 years. Here are 15 of them who will be passing through Charlotte this summer, giving you a glimpse of where a lot of today's music comes from and where it's going:

The Rocket Man's trajectory may have slowed in recent years, but John's mastered everything from singer-songwriter gems, addictive pop rockers and lush ballads to credible stabs at disco and soul. Equal parts flash and melodic genius, his career is a yellow brick road paved with hits that have become standards. (PNC Music Pavilion)
— Michael Walsh

You can't profess to love hip-hop without having, at the least, a passing appreciation for the foundation. You don't get Outkast or Dr. Dre without EPMD. There's no Jay Z without Rakim. The Geto Boys helped open up the South. It's not just nostalgia; it's a history lesson you can't miss. (The Fillmore)
— Mike McCray

Escovedo's tight, hooky songwriting and evocative roughed up voice have been sharpened by his stints as a punk pioneer, garage rocker, world rhythm maestro and alt-country artist. The roots rock scene could still exist without him, but it wouldn't be half as eclectic or inspiring. (Visulite Theatre)
— Walsh

He's one half of the legendary, Hall of Fame folk duo Simon & Garfunkel, known for outstanding harmonies and stellar songwriting that included hit after hit in the 1960s. Take the opportunity to hear some of those songs in an intimate setting while you still can. (Amos' Southend)
— Jeff Hahne 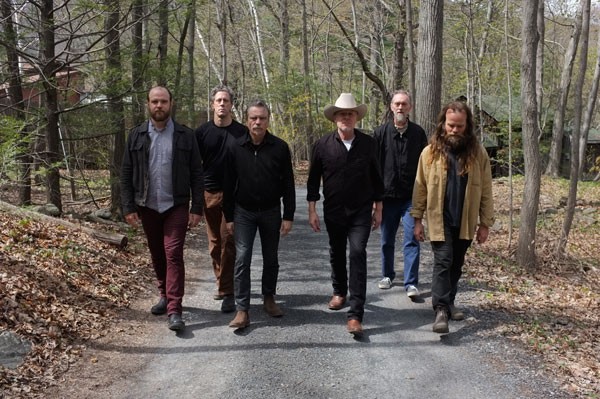 Michael Gira's early Swans incarnation didn't seem destined for a long career — their '80s/early-'90s catalog, a proto-Industrial/No Wave maelstrom, seemed built primarily to accompany the end of the universe. But since re-forming in the new millennium and pivoting more toward drone-and-thunder soundscapes, Swans have won over a new generation of adherents. (Neighborhood Theatre)
— John Schacht

You can chart Beck Hanson's career using 1996's classic Odelay as a GPS. He threw everything from country and soul to bossa nova in a hip-hop beats blender, and emerged with a unique brand in an era dominated by grunge-y wannabes. Since then, he's devoted entire LPs to those genres and owned them all. (Uptown Amphitheatre)
— Schacht

July 19 – King Buzzo of the Melvins

Melvins frontman Buzz Osborne was instrumental in that Nirvana's history. On this, his first-ever solo acoustic tour, you'll get an education on a Seattle band that's influenced countless artists from Mastodon to Tool. (Visulite Theatre)
— Hahne

With his endearing Okie honk and piano virtuosity that slides from barrel house boogie to heart-wrenching balladry, Russell has penned classic love songs and played the greatest grooves this side of Stax Records. Today's pop-fusion of rock, gospel, country and R&B started with Russell. (Neighborhood Theatre)
— Walsh

NIN bid farewell a few years back, but thankfully it didn't last long. Trent Reznor is still churning through some of industrial's finest surging songs, which are best heard live and loud. While you're there, hear one of grunge's greatest voices in Soundgarden's Chris Cornell. (PNC Music Pavilion)
— Hahne

One of the original soul founts, Booker T. Jones was the leader of the Stax Records house band Booker T & the MGs during the Memphis label's heyday, backing up legends Otis Redding and Wilson Pickett, among others. But Mr. Jones is no museum piece, having played with the likes of the Drive-by Truckers and the Roots in recent years. (McGlohon Theater)
— Schacht

Few bassists are as highly sought after or deliver the funk like George Porter Jr. From his time in the Meters to sprinkling his talents on songs and performances with artists all over the musical map, such as Paul McCartney, Patti LaBelle and Jimmy Buffett, you won't find a show with better credentials. (Double Door Inn)
— McCray

The "Godfather of Shock Rock" has been at it for five decades on the "if it ain't broke don't fix it model" of performing. This is the guy who introduced horror imagery into the world of rock 'n' roll, thanks to his use of guillotines, fake blood, live snakes and straight jackets. Can it get a bit cheesy? Sure, but just have fun and quit complaining. (Opening for Motley Crue at the PNC Music Pavilion)
— Hahne

This is as close as you're going to get to the Grateful Dead. Weir knows how to let the music wander to its furthest reaches, blend song styles and really just see where the evening takes them. If you're into heavy jams, go see one of the genre's biggest influencers. (Uptown Amphitheatre)
— Hahne

The original Briarhoppers are long gone but their legacy lives on through the present-day lineup, which continues to bring the outfit's bluegrass to the masses with old and new songs and the original scripted commercials that got it all started. There's 80 years of history on stage this night. (McGlohon Theater)
— Hahne