A classic among rookies

In a sea of new and trendy businesses on South Boulevard, one classic sign stands out among the rest.

Mr. K's Soft Ice Cream's original 1967 sign still stands on the corner across the street from yet another apartment development currently under construction. The vintage storefront may look out of place, but it serves as a reminder that traditional restaurants continue to exist in Charlotte, and they can still be successful selling American classics without any frills.

The restaurant attracts a wide range of people, each one staking a place in Charlotte's culinary history by eating such Mr. K's staples as burgers, fries, onion rings and soft-serve ice cream that's been on the menu since the restaurant's founding more than 50 years ago.

George Dizes owns and operates Mr. K's with his wife, Pamela, the daughter of the original Mr. K, Theodore Karres. Dizes spends between 80 and 85 hours a week running this everyman's restaurant, and he prides himself on the relationships he and his staff have cultivated with their diverse client base.

"We get everybody from the construction workers to the doctors," Dizes says. "You'll see service vans pull in here and you'll see Ferraris and Porsches, so it's everybody and that's a good thing."

Mr. K's has become a beloved spot among the Q.C. community in part because it still occupies its original building and has kept its vintage feel.

The restaurant has looked the same since 1971, when Mr. K expanded his ice cream stand into a full-fledged restaurant. There's a long counter with small booths surrounding the interior, and tables outside. Since then, staff has included more modern aspects of Charlotte history, such as the Panthers paraphernalia that adorns the walls. 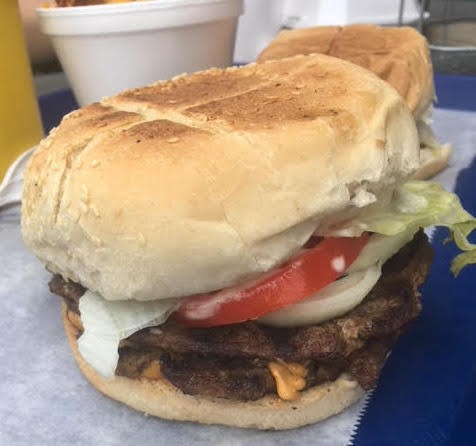 The staff serves up all the classics. Hot dogs, potato chips and milkshakes are fundamental pieces of the no-nonsense comfort food Mr. K's offers for affordable prices.

"We are as basic and scaled-down as it gets," Dizes says. "We're old school all the way."

The balance of quality and simplicity has created dedicated fans and repeat customers, one of which is Jennifer Bell, who has been coming to Mr. K's two to three times a month since the '90s.

"It's my absolute favorite place to have a hot dog in the city," Bell says. "It's always kind of a feel-good place to eat ... you leave feeling happy."

Bell says that even though she loves everything about the place — from the food to the customer service — she makes herself limit her trips to the restaurant.

"I love it all; unfortunately, I'm gaining weight just talking about," she says, joking.

In the summer, customers turn out in droves to escape the sweltering heat and get some of the ice cream flavors advertised on the classic sign out front.

Dizes says his ice cream uses a high butter fat content, something that sets Mr. K's apart from its competitors. The result is an extremely creamy and rich ice cream, packed with flavor that can be enhanced by the addition of a chocolate dip, which creates a delicious, hard outer shell.

"We close at 9 o'clock at night, and in the summer if I stayed open till 11 or 12, we'd still be getting business that late for ice cream," Dizes says. 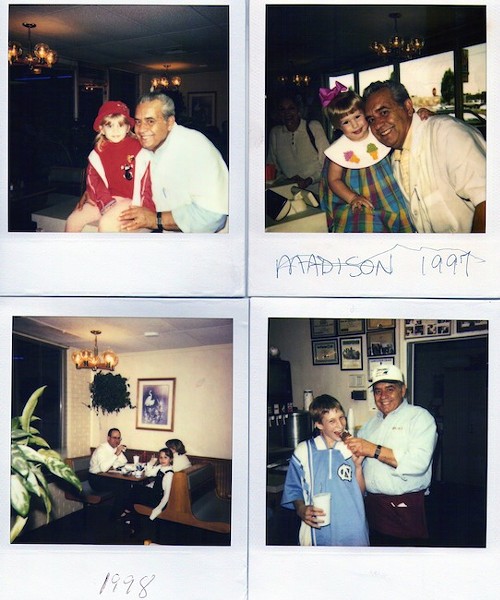 Mr. K's has become a family tradition in many senses. The business itself has always been family-owned, and a third generation has now entered the mix; the Dizeses' son currently works there. But also, people who grew up with the restaurant have brought in their kids, who have then brought their own kids, and so on.

Although Mr. K's enjoys strong name recognition and a fervent following after 51 years in Charlotte, the restaurant still faces some challenges.

In the heart of South End, there's constant change and new development popping up around Mr. K's. Dizes points to the large apartment complex going up right outside his window. "That's both good and bad," he says, matter-of-factly.

On one hand, new apartment space means more people get to try Mr. K's. On the other, there's no guarantee that a younger crowd will be interested in the old-school vibe Dizes offers. He says there are some people who want a flashier restaurant, complete with neon, chrome or stainless steel — or yet another brewery.

"Have you heard the term there's more sizzle in steak?" Dizes asks. "Well, these people are looking for the sizzle and not the steak."

Dizes says that some potential diners care more about being in a trendy or chic environment than they do about the quality of the food, which directly contrasts with Mr. K's principles. With the seemingly never-ending construction, there's always a level of uncertainty on Dizes' mind.

"With all the development that's going on around here, I really don't know how much longer we'll be here before somebody comes and buys the whole corner," he says.

Besides the increasing amount of competition in the area, running Mr. K's itself is a lot of work.

While he isn't planning on retiring anytime soon — Dizes still has to put two kids through college, he says — the restaurateur has no idea what he will do when he does decide to retire, other than saying he does not want his own kids to take over the family business.

For the time being, Dizes and his staff continue to work hard and provide South End with time-honored American classics.

Dizes understands that his job is to provide simple and genuine food at a high quality. He's tried branching out to include trendier menu items, but it has proved pointless. Instead, he's started offering weekly specials that fall in line with the restaurant's aesthetic, like the recent mini-corn dogs.

Embracing its niche has allowed Mr. K's to become a tradition among Charlotte locals and residents. For now, Mr. K's will continue to stick to its guns and offer some of the most well-loved American delicacies and old-school ice cream, made to order.

"We gotta be doing something right just to be around for 51 years," Dizes says.

Here's to another half century.