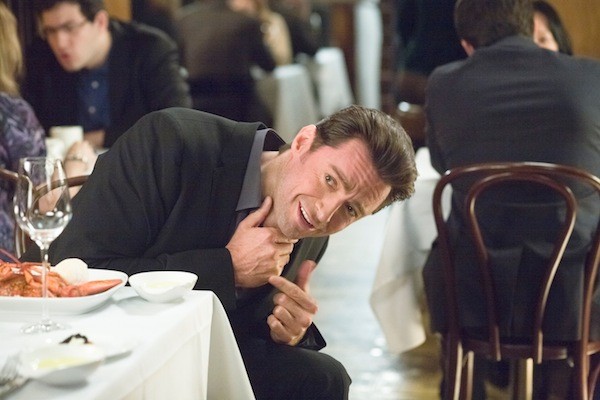 One of the producers behind Movie 43 publicly stated that he hoped the film would become this generation's Kentucky Fried Movie, a declaration that felt like a swift kick to the raunchy area of my soul. Along with Mel Brooks' 1981 History of the World: Part I, John Landis' 1977 sketch-comedy film (penned by the guys who would later make Airplane!) earns my vote as the best of the vulgar comedies Hollywood has consistently produced ever since the restrictive Motion Picture Production Code came crashing down in 1968. A riotous spoof of commercials, television shows and Hollywood films with names like That's Armageddon! and Catholic High School Girls in Trouble, KFM was unapologetic as it laid waste to all sorts of societal norms. Movie 43, on the other hand, should be nothing but apologetic, as it strands an incredible cast in unwatchable shorts and then expects people to actually pay to witness this train wreck.

The jaw-dropping line-up includes three current Oscar nominees (Hugh Jackman, Naomi Watts, Seth MacFarlane), two previous winners (Kate Winslet, Halle Berry), several seasoned vets (among them Richard Gere and Uma Thurman), a few red-hot actresses (such as Emma Stone and Chloe Grace Moretz) and approximately two dozen more celebrities with varying degrees of name recognition (including Greg Kinnear, Dennis Quaid, Terrence Howard and ... Snooki). Add a dozen directors and nine writers to the mix, and the result is a malodorous stew of filmmakers trying to one-up each other in terms of who can produce the most shocking segment. Alas, "shocking" went out years ago — these days, scatological gags are more likely to bore than offend — and without that edge of comic danger, there's nothing here except 95 minutes of utter embarrassment for all involved. Make that 90 minutes: The interlude titled "Super Hero Speed Dating," featuring Jason Sudeikis as Batman and Justin Long as Robin, has its moments. 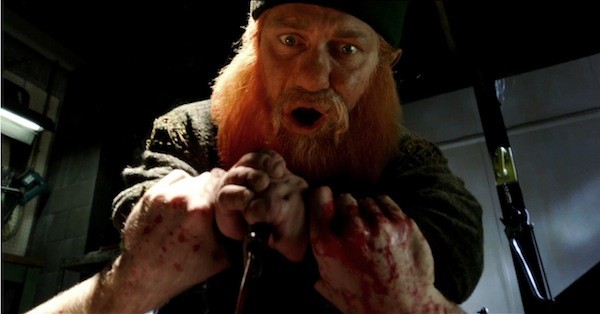 There's no point in rattling off synopses for all the segments, but here are a few to set the proper mood for curious moviegoers. One sequence finds a woman (Winslet) excited about her blind date with New York's most eligible bachelor (Jackman) until she sees that he has two testicles permanently hanging from his neck; she wonders why no else seems to notice his deformity and gags every time the ball sac dips into the food he's eating. Another episode centers on a teenage girl (Moretz) who's experiencing her first period while all the boys and men around her (including her father) react with panic and disgust. Yet another set-piece involves a woman (Elizabeth Banks) competing for the attention of her boyfriend (Josh Duhamel) with Beezel, an animated cat that masturbates over photos of his owner. And another sketch focuses on a sweet couple (real-life spouses Anna Faris and Chris Pratt) and the discomfort he feels after she begs him to "poop" on her.

That last bit is the most relevant one here, since Movie 43 is an excremental exercise that should be flushed as soon as possible. If approached by friends to see this disaster, feel free to repeat what a wise George Clooney reportedly said when asked by its producers to take part: "No fucking way."

Want to Play Bingo? Here Are 5 Simple Rules to Remember

Fire-Related Injuries In Charlotte On The Rise