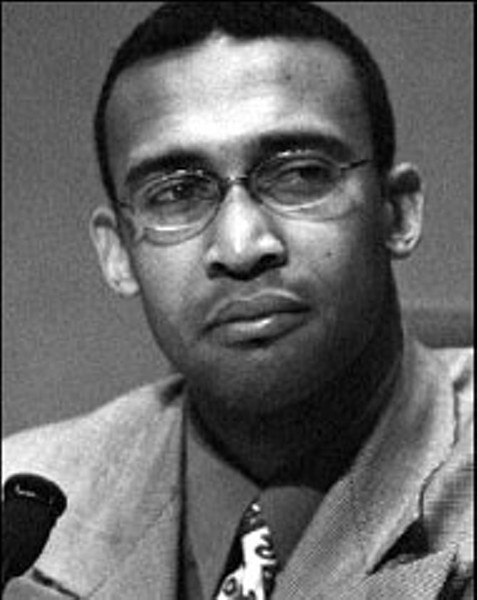 Patrick Cannon It's now or never for Patrick Cannon. Cannon may only be 34, but he has sat around the council dais since the early 90s, near long enough to become a Queen City political institution. Cannon's campaign may be about public safety, economic vitality and affordable housing, but his run for an at-large seat has come to be about much more. Strong white Democratic incumbents usually have little trouble running at large and getting elected in Charlotte. For strong African-American Democrats, the record is much spottier. Ron Leeper lost. Arthur Griffin won a school board seat countywide. And last year, at-large county commissioner Jim Richardson was defeated. So whether he likes it or not, Cannon's victory will affect race relations in Charlotte and Democratic Party politics for years to come.

"I was running like a chihuahua in the district, and now I am running like a Saint Bernard at-large," said Cannon. "I have been moving in the vein of not knowing what people are going to do."

Cannon, the chairman of the city's public safety committee, says he wants to crack down on the drug trade in Charlotte by putting more cops on the streets, and more street cops into drug interdiction units. But the twist is that Cannon wants law enforcement to focus on buyers rather than dealers, a likely throwback to Cannon's assertions last year that white suburbanites support the drug trade by driving into the inner city to buy drugs while African-American drug dealers wind up doing the time behind bars. Cannon said the city's police officers are doing their jobs, but that the district attorney's office hasn't been willing to focus on cracking down on drugs.

Cannon is a business owner and wants to make greater use of existing city tax, loan and business grant incentives to recruit new and expanding businesses to Charlotte. He also vows to make sure the $40 million affordable housing bond package makes it on the November 2002 ballot.

"We are actually losing the opportunity for businesses that want to relocate to Charlotte because their employees cannot find workforce housing, so they're going on to the Rock Hills and other places in the region."

Warren Cooksey Warren Cooksey is probably the most informed non-incumbent running for office this season. Republican Cooksey, 31, has been scrutinizing city council agendas and hanging around city hall for long enough to write a manual on how the place is run, and in fact teaches the city council section of the League of Women Voters' Civics 101 class, an introductory course on local politics for future candidates and activists.

Cooksey is a member of the Charlotte-Mecklenburg Planning Commission and sits on the Charlotte Convention and Visitors Bureau Board.

His campaign slogan, "Common Sense for Common Cents," describes Cooksey's studied, methodical style to a tee. He's the guy who's likely to know the council agenda backwards and forwards, to serve as an encyclopedic resource for other council members, and to count every word in this paragraph to be certain that he got the full 300 he was promised.

Cooksey, who is a Republican, said he plans to focus on the basics like improving roads if he is elected. Cooksey says he won't raise taxes and wants to reprioritize the city budget by lining up the city's priorities, starting the budget at zero and cutting out the five lowest priorities. He'd use the slashed funds to either give Charlotteans a tax cut or increase spending for the five highest priority items.

To competitively recruit and retain business, Cooksey said Charlotte must change the way it measures its accomplishments. For instance, crime may be at the lowest level per capita in Charlotte in 20 years, he said, but it is still higher than other cities that business relocation search firms analyze, like Atlanta.

Paul Eich If this rightward-leaning, MIT-educated, Republican brainiac were as well known around Charlotte as he is at city hall, he'd surely win an at-large seat on council. But with a thin smattering of signs and just $4,000 in his campaign coffers, that doesn't seem likely this time around.

Paul Eich, 57, is one of only two newcomers running this season who could find city hall without a map, and who has actually been sighted at a council meeting. To his credit, Eich, a Republican, has attended more meetings than he has missed in the last year, and was signing up on the public speakers list to bash council over the arena issue long before it became a popular thing to do. But then, as a recently retired former business owner, Eich probably has more time on his hands than most.

Eich has a respectable grip on the issues, and says he wants to not only hold the city tax rate flat, but to reduce taxes. The Treasurer and past president of the Derita-Statesville Road Community Organization says he's tired of the council passing area plans it doesn't stick to and approving more developments and density than area roads can handle.