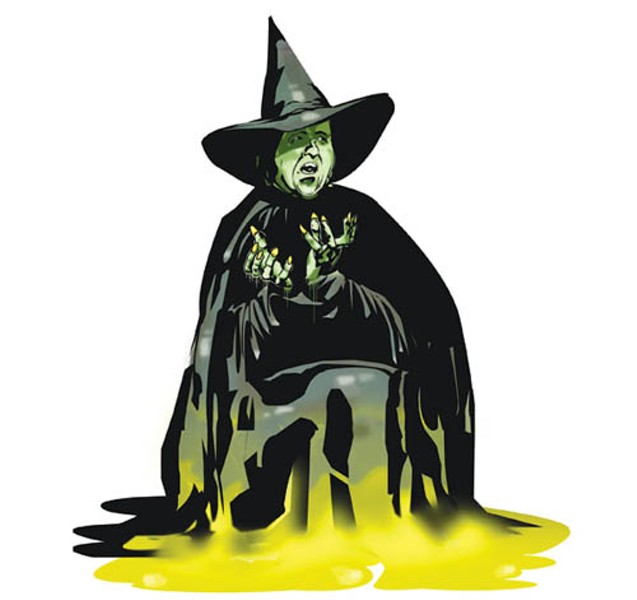 It began in February 2009 ... well, actually if I think about it, it really began in late summer of 1981. I was preparing to head to first grade, and while the details of anything that happened that summer escape me, one experience didn't: my mom digging through my cramped closet pulling out clothes trying to figure out what she needed to buy for me for my return to school. I remember with clarity that my sister sat on the bed next to her. She held out my favorite pair of Sergio Valente jeans and told me to put them on. I hadn't tried them on since the last bit of cold weather. I quickly came out of whatever bottoms I was wearing at the time and struggled to pull my beloved trousers up past my thigh. No luck. As I struggled, my sister launched into maniacal laughter. "You can't fit them jeans?!"

I didn't know what to say. Hell, I couldn't fit them. My face burned red hot as my sister continued to cackle and said: "You are fat!" Wham! I, even at that age, knew there was something wrong with/different about me. And while my sister's statement was by no means the sole reason why my life unfolded the way it did, her words did give me some warped understanding of my "different-ness." That was the beginning of the journey that sparked my lifelong struggle with my weight, fear and self-loathing. My childhood, adolescence and much of my adulthood were spent stumbling and bumbling through with my body image and in vain attempts for me to like me. In the end, or I should say at the new beginning (stay with me), I was carrying around 345 lbs of past lovers, late-night binge meals eaten in private, late-night binge drinking, a failed marriage, unmanageable asthma, aching bones and joints, and a crumbling relationship with my son.

I began the process of getting weight loss surgery in 2008, but never followed up — making excuses that I could do it on my own and that it was just an escape hatch. But in February 2009, the stars finally aligned, and it was time for me to go under the knife. I'd been a pretty avid writer since I was 16, and I decided to chronicle my experience on a blog so my close friends could keep up with my progress and offer their support. My blog began as a simple Facebook note:

Feb. 4, 2009: So, I didn't want to make this a public note ... yet. But as many of you can see, I've put on a good amount of weight over the years; there are a million reasons — you know, the "food for comfort" thing, the "I've been abused" thing, the "I was picked on as a kid" thing. But the bottom line is I need to deal with my weight before it kills me.

With my life now heading in such a positive direction ... I'd like to completely gain the self-confidence that I've always possessed, just under the surface, but have never known completely. I began the steps in order to have Lap Band surgery, or weight loss surgery. I was approved on 2/2/09 for my surgery. I'll publish this note only to those I have selected (and eventually publicly when I grow the balls). I will keep you posted on the progress of the surgery and post my different thoughts and anecdotes about my life on the "fat side." The people whom I've tagged in this note are/have been very close to my heart over the years or some just over the past few months. You've all been very supportive of me in one way or another, and I just want to tell you all that I LOVE YOU and THANK YOU from the bottom of my heart. Please keep me in your thoughts, prayers, meditations, or pagan ceremony of choice.

I began to feel the love almost immediately. My peeps were behind me, and I felt that I could really do this thing. As a pre-op requirement, I had to drink straight liquids for two weeks. I failed dismally eating everything from Ramen noodles to drinking straight shots of Petrón. (What?! It's liquid, right?) That was Red Flag No. 1. But I moved on in my journey, sharing the many pitfalls of life in the "fat lane."

On Feb. 19, 2009, four days after my 33rd birthday, I had RNY gastric bypass surgery (after discussing with my surgeon what I could realistically expect with Lap Band surgery at a body mass index of more than 60). There was a certain exhilaration about the experience. It was new and exciting, and I would get to be skinny to boot! Two weeks later, something wasn't quite right. It was something I couldn't quite put my finger on.