Parents are instilled with a keen, instinctive sense of their children from birth. Early in his childhood, Baxter Riddleberger’s artistic talent stood out to his parents. When he was in 3rd grade, they took the initiative to send their son to private art lessons. Like most eight-year-olds, Baxter did not want to sit between four walls following a long day of school.

“I hated them at the time. I would beg my mother not to send me because I just wanted to come home after school and ride my bike,” Baxter shared.

The resisting wore off, Baxter began to embrace his talent, and he was noticed by art teachers and fellow students. He went on to study art in college at UNC-Greensboro and earned a Bachelor of Fine Arts in New Media and Design.

Four years ago, he found his niche, over-sized chalk art.

“My first oversized drawing was of Cam Newton back in 2015. Shortly after, I became swamped with requests and my sports chalk portraits have since been my main source of income,” says Baxter.

Today, Baxter is building a successful career by coupling his love for sports and his passion for art. He pulls inspiration from some of his favorite athletes and teams.

“Underdog stories, come-from-behind victories, proving to the world that you can do what you’ve been told is impossible. I draw a lot of parallels between athletics and my own work. A long-time athlete myself, I’ve found that many of the lessons I learned back then can help with any task in everyday life. My favorite athlete of all time and the one who has inspired me the most is former Carolina Panthers receiver, Steve Smith Sr. Watching him play as a kid lit a fire in me that burns to this day. Through my current ventures, I’ve met Steve several times and helped raise money for his foundation by donating artwork. On top of that, he actually owns a piece of mine that hangs in his office. Truly a dream come true.”

Fans and charities have commissioned several drawings of other athletes including: NASCAR’s Richard ‘The King’ Petty, and Darrell ‘Bubba’ Wallace Jr., and PGA Golfers, Tiger Woods and Grayson Murray.

“I’ve always been fascinated by the human physique. My favorite things to draw as a child were muscle-bound strong men and superheroes. It’s funny that now I basically do the same thing, except of real-life heroes.”

Baxter does art full-time, he also handles the operations of his business including marketing, networking, client communication, and more. He puts in six to eight hours a day, not including weekends, and the occasional deadline cram that can keep him up all night.

His mom loves to see his creativity come to life through his art.He is thankful for the support and encouragement his parents have provided over the years.

“The mural he did for Little Brother Brewing is my favorite to date — he does his best work when given creative license, even when the theme is already set. I could see the 8-year-old Baxter coming out with that one. Next fave would have to be “Wild Thing” because it’s from the heart. A lot of meaning in that one,” his mom shared.

Baxter brings joy to clients by creating lasting memories of pets, babies, families, and more. Many customers depend on Baxter to deliver unique gifts for birthdays, graduations, holidays and special occasions throughout. Beyond his commissioned customer pieces, he is very involved in the Charlotte community where he actively works with charities and athletes to raise money for important causes.

The future for Baxter is bright as he continues to pursue his passion. His most prized and requested pieces are the eight-foot-tall chalk drawings.

"They generally take a week to complete and allow for so much extra detail."

“I would love to have my own gallery one day. I often fantasize about having a space in the heart of downtown and living above it. But unfortunately, all my work is commissioned by someone and I wouldn’t have any pieces for sale to put on my walls. But who knows where my path will lead. It could happen,” Baxter says.

Looking for a perfect, timeless gift? 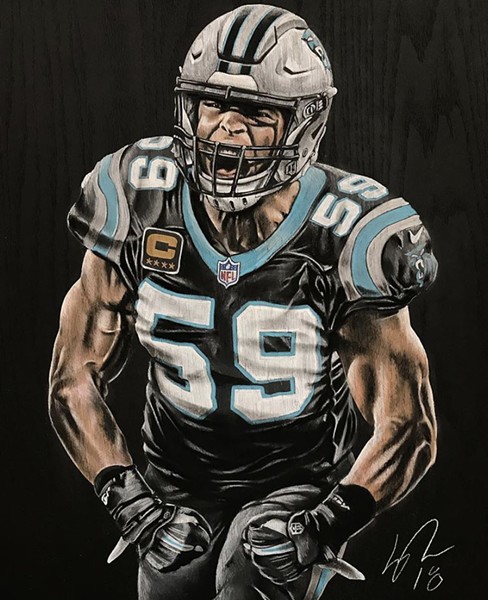 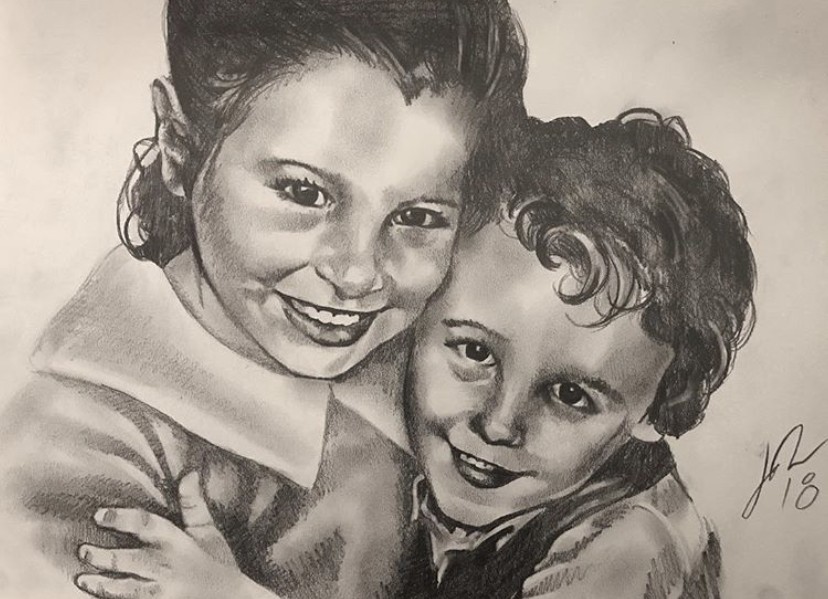 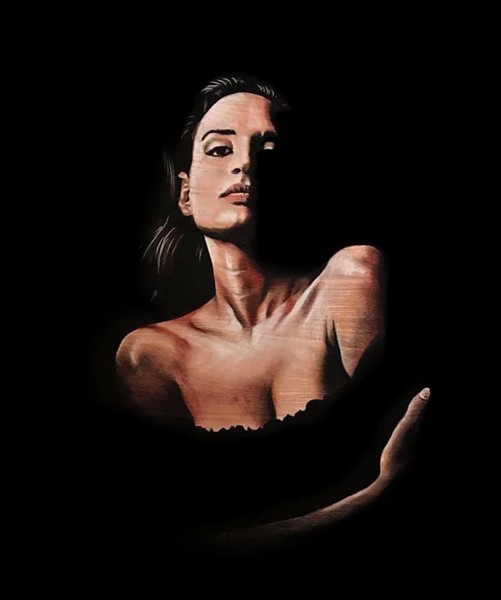