To date, there have been eight films in the original Halloween series, seven movies in the initial A Nightmare on Elm Street run, 10 flicks in the first Friday the 13th franchise, and — by far the scariest of all – seven entries in the Police Academy series. At this rapid clip, the Mad Monster Party will beat ‘em all in terms of sustained success: With five smashing shows already in the books, it looks as if the follow-ups will continue to attract audiences for years to come. To that end, the sixth annual Mad Monster Party will be held March 24-26 at The Hood Center, 375 S. Anderson Rd. in Rock Hill, SC. Complete details can be found at www.madmonster.com, but in the meantime, here are some highlights to whet those monstrous appetites. 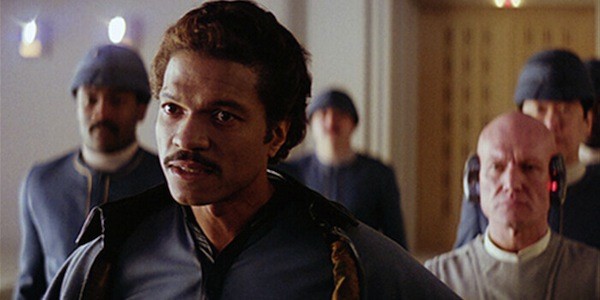 Return Of The Empire Strikes Back: Last year’s celebrity roster included Jeremy Bulloch, the actor who originated the role of bounty hunter Boba Fett in 1980’s The Empire Strikes Back. This year’s event will feature another Empire alumni: Billy Dee Williams, who played Lando Calrissian in both Empire and 1983’s Return of the Jedi, will be appearing at the event to meet fans and sign autographs (as always, the celebrities charge for their scribbles and often for photos, so come with wallet in hand).

Munster Kids: Although it aired for only two seasons, The Munsters remains a beloved — and instantly recognizable — TV sitcom from the ‘60s. While Fred Gwynne (Herman), Yvonne De Carlo (Lily) and Al Lewis (Grandpa) are no longer alive, the actors playing their kids are still very much with us — and they’ll especially be with us this weekend. Both Butch Patrick (young son Eddie), now 63, and Pat Priest (normal sister Marilyn), now 80, will be at this year’s Mad Monster Party bash.

Road Rage: Butch Patrick and Pat Priest won’t be the only Munster-related stars in attendance. Look also for the Munster Koach and the Drag-u-la dragster as part of the exhibit Roadkill Goreage, featuring famous vehicles from film and television. We won’t reveal all of the crazy rides that will be on display, but let’s just say that Stephen King — and John Carpenter — will be represented in this automotive attraction.

Cutting Up: Three of the actors involved with 1986’s The Texas Chainsaw Massacre 2 will be in attendance: Bill Johnson (Leatherface), Bill Moseley (Chop-Top), Caroline Williams (Stretch). Also one corpse (OK, a prop corpse) – that of Nubbins, featured prominently in the film.

Celebrity Sightings: The Sequel: Some popular guests from past MMPs are returning again this year, so if you missed ‘em the first time, now’s your chance to say hi. Among the repeat offenders are actor and makeup wiz Tom Savini (Dawn of the Dead, Creepshow), actor Sid Haig (House of 1000 Corpses, Spider Baby), and, from the very first MMP back in 2012, Ricou Browning, who played the Gill Man in the trio of The Creature from the Black Lagoon flicks.

Godzilla, Up Close And Personal: The Mad Monster Deluxe Photo Ops provide fans the opportunity to pose with a celebrity (usually in costume or makeup) in a green-screen setting, with the performer's theme-related background visuals later added and thus providing a pretty groovy photo. This year’s participants will include Williams, Patrick, the Texas 2 gang, Haruo Nakajima (the original Godzilla), Bin Furuya (the original Ultraman), Kane Hodder (Jason Voorhees in four Friday the 13th films, from 1988’s Part VII: The New Blood through 2001’s Jason X), and — for a change of pace — wrestler Ric Flair. (As in past years, advance tickets for photo ops are encouraged as these bookings tend to sell out.)

Greasy Is The Word: While most of the attendees hail from classic (or at least older) movies and TV shows, a few have made their mark in far more recent times. The Greasy Strangler was one of the most unusual and controversial films of 2016, and both of its stars, Michael St. Michaels (who played Big Ronnie) and Sky Elobar (who played Big Brayden), will be here. So will Mark Steger, who essays the role of The Monster on the smash Netflix series Stranger Things.

Gore Galore: As is the norm at MMP, there will be plenty of extracurricular activities, including such tried-and-true favorites as the Mad Monster Party Film Festival, Scaraoke, and the Miss Mad Monster Pageant. But also be on the lookout for newer attractions like the intriguingly titled Professor Morte’s Silver Scream Spookshow Spooktacular and the Mad Monster Creepy Carnival.