Many charities say 'no' to The Men's Club 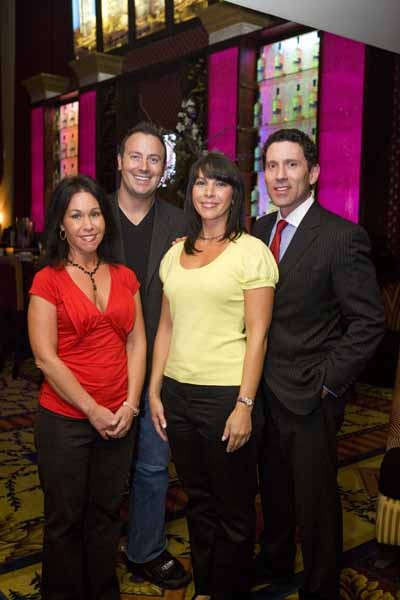 For more articles and information about efforts to help Charlotte-area charities, visit www.charlottemissionpossible.org.

It's no secret that The Men's Club is one of Charlotte's most renowned strip clubs. But what's not as known is the fact that the club's staff and management want to do more than just provide a place to watch women take it off — they want to help make the Queen City a better place to live.

To that end, they've teamed up with the Humane Society of Charlotte on two efforts designed to raise money for the animal-centric nonprofit. The initiatives are spearheaded by Men's Club general manager Brad Fuller, cocktail waitress Nicole Castanas and her sister Dina Castanas, who works at the club as a makeup artist.

First, the club will be collecting money for the Humane Society at The Dog House, a popular pre-game hangout near Bank of America Stadium, every Sunday during Carolina Panthers home games for the entire season. Then, on Oct. 23, at a second, separate fundraising event called "The Cat's Meow," dancers (dressed as felines) will conduct pole-dancing demonstrations at the club.

Fuller is happy to help the Humane Society, but if he had his way, The Men's Club would be helping a lot more local charities. Unfortunately, he says, a number of Charlotte-area organizations refuse to take funds from establishments like The Men's Club.

"There are a lot of nonprofits that are run by conservative people, sometimes women," he said, "and they just aren't going to get involved in a topless business."

Fuller said he experienced this firsthand in 2007 during an event at a Carolina Panthers game. At the event, his dancers, who were dressed in shorts and jerseys, were running a game where kids threw a football through a hole to win candy. The money collected from the game was earmarked to go to The Victory Junction Gang, a Kyle Petty charity that provides summer camps for seriously ill children. But Fuller and his dancers were asked to leave by the charity's executive director, despite the fact that Fuller said Petty had given The Men's Club the OK to do the fundraiser.

"It was a huge embarrassment for all of my entertainers," Fuller said. "Here we were trying to raise money for these kids and for someone to come up and make a scene at a football game — why would you care? The money wasn't coming from dances or anything. It was coming from the kids who were throwing a football through a hole to win candy."

Mary Vaughn, chief operating officer for the Victory Junction Gang, said the dancers from the Men's Club were asked to stop because the activity wasn't authorized and because "The Men's Club doesn't represent the family lifestyle that we represent," she said.

Another incident occurred when — after seeing some of the women in the club deal with breast cancer — Fuller said he attempted to partner with a local breast cancer charity to donate money. One charity did accept the donation, but when the club sponsored fundraising events, the charity, which Fuller declined to name, refused to participate.

"We've just had to raise money and give it to them. They're not doing any major publicity or anything else for it," Fuller said.

When The Men's Club tried to host another breast cancer fundraising event, they were unable to find a group willing to take part in the effort. As a result, the money they raised was given directly to Men's Club employees who needed it.

Attitudes like these — when it comes to accepting money from adult-oriented businesses — seem to be prevalent in Charlotte charities.

At United Family Services — which runs a shelter for battered women and a host of other outreach services geared toward women and children, including a 24-hour hotline for victims of sexual assault — Libby McLaughlin, chief development officer, said the group would have to say thanks, but no.

"This would be our approach if someone came to us: We would let them know that we appreciate their interest and willingness to donate. And we also understand that the women who work in those clubs are trying to support themselves and their families; but there is the larger issue of the objectification of women," she said. "For that reason we would not accept a donation because of the clients that we work with."

Simone McDowell, communications manager for the local American Heart Association, said that there are specific industries that the organization doesn't accept donations from, like tobacco and liquor companies because of the health implications of those products.

After checking the national guidelines for donations to the American Heart Association, McDowell said donations from gentlemen's clubs would not be accepted.

Fuller is perplexed as to why many charities don't want to accept a donation from The Men's Club — especially since the economy is struggling for a pulse and nonprofits are struggling to find funding.

But some nonprofit officials say it shouldn't be a surprise that many charities don't want to be linked to a business like The Men's Club — even in a recession.

"You will find that every nonprofit carefully guards their name and when you allow your name to be used, it has wider implications," McLaughlin said.

"We still want to maintain our brand and our value in the community," McDowell said. "Our values don't change when the economy changes."

For what it's worth, The Men's Club — which sports marble floors, white tablecloths and chandeliers and was recently named "overall gentlemen's club of the year" by Exotic Dancer Publications -- isn't exactly a dank, dirty, smoke-filled strip club that smells like cheap perfume.

Fuller has some experience with nonprofit organizations because he ran one of his own — Dreams Come True in San Antonio, Texas, which helped mentally disabled people live out their wishes. He said in other parts of the country, like California or New York, charities don't have a problem accepting funds from the adult entertainment industry.

David Miller, executive director of The Humane Society of Charlotte, said animal lovers come in all shapes and sizes and that his group accepts donations from the club — despite the nature of the business.

"I think we have to look and say just because we may not be in agreement with what people do," said Miller, "we have to be understanding that people are supportive of our mission and be open to that."

For more articles and information about efforts to help Charlotte-area charities, visit www.charlottemissionpossible.org.