Magic in the Moonlight: Dim results 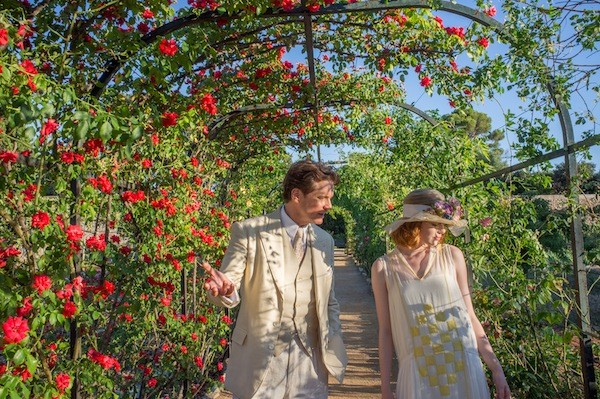 An inconsequential trifle even by late-career standards, Magic in the Moonlight finds Woody Allen attempting to once again create movie magic; only instead of akin to pulling a rabbit out of a hat, it feels like the workaholic auteur merely plucked an old, discarded script out of a cobweb-covered drawer.

Magic in the Moonlight is set in the 1920s, and indeed, the plot outline feels like it could have come from one of the screwball comedies that would become so popular in the 1930s, with leading roles that would have perfectly fit Clark Gable and Jean Harlow (or Fredric March and Carole Lombard; take your pick). Colin Firth stars as Stanley Crawford, a British magician who poses as a Chinaman and performs under the moniker Wei Ling Soo. Stanley is also known as a specialist in debunking fake psychics, and so his friend Howard (Simon McBurney) calls him to the French Riviera to expose a spiritualist that he feels has been taking advantage of a wealthy family living there. That would be Sophie Baker (Emma Stone), who, with her mom (Marcia Gay Harden) in tow, has come to help the Catledge family matriarch (Jackie Weaver) contact her dearly departed husband.

As expected, the storyline finds Stanley attempting to reveal that Sophie is a fake, only to fall for her even as he has trouble disproving any of her supernatural abilities. The resultant film is nothing if not pleasant, although perhaps it's too pleasant. After the acidity of Blue Jasmine, Allen probably wanted to bask in sunshine and light, but this renders Magic a toothless endeavor, with a central romance that never for an instance feels believable and some late-inning betrayals that ultimately amount to nothing. Firth is fine (if one-note) as a narcissist who finds little to admire in the world, but Stone, while game, is too young for a role that, admittedly, would cripple almost any actress diving into its shallow waters.

Allen has created movie magic on many occasions (literally, in the case of the gem The Purple Rose of Cairo), but in this instance, the man behind the curtain has gone noticeably MIA.