The birth of a book

Paula Martinac draws her readers in with the first line of her fourth novel, "Ada's daddy kept a postcard of three dead colored men in his toolbox."

Martinac is a natural storyteller. Her latest book, The Ada Decades, is a series of interconnected short stories told over 70 years. The main character, Ada Shook, is a career-focused lesbian living in the South.

Martinac's idea for The Ada Decades came to her when she was walking through her NoDa neighborhood in Charlotte. As she passed one house, a woman scurried inside as if in fear. This seemingly meaningless incident kickstarted Martinac's imagination, as she began to wonder what would lead someone to run into their home. That seed of an idea eventually led to a story about a lesbian woman, Ada, growing up in the 1940's and building a career in the Charlotte school system in the 1950's. Woven into Ada's story are the realities of the historical events of the times – social issues such as segregation and school integration. 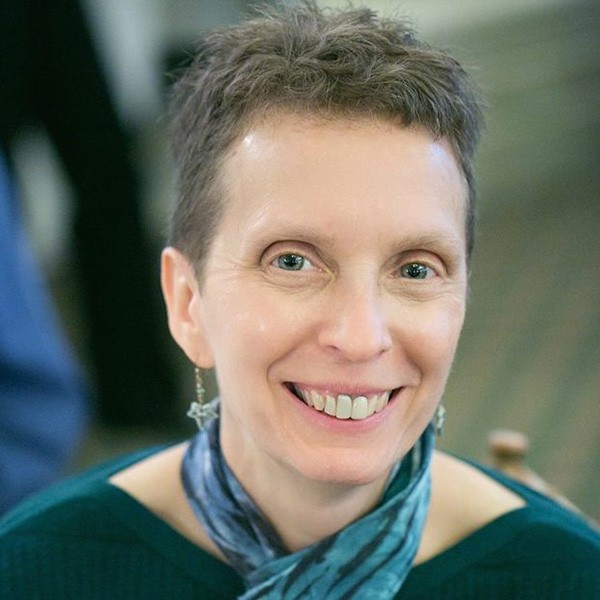 Before moving to Charlotte in 2014, Martinac, a lesbian herself, lived in Pittsburgh and New York City. She has worked in publishing and journalism, as her syndicated column in the Gay Press ran from 1997-2005 and even made its way into Charlotte's QNotes publication. Martinac is an adjunct professor at UNC Charlotte and writing coach with the Charlotte Center for Literary Arts, where she'll be doing a reading on April 26.

Martinac also happens to be my neighbor, so it was easy for me to catch Paula from the porch one day (she didn't run fearfully into her home) and we were able to chat about her writing and teaching style over tea.

Creative Loafing: How do you know when you get an idea for a book that it will be a good one?

Paula Martinac: I've gotten better at this after all these years — knowing when something will be good. I have a lot of started novels in files and drawers from years ago, things that didn't happen. Last summer I was going to start something with a lot of research and realized I really didn't have very much invested in it.

What are your biggest challenges when writing a novel?

Getting to the end. Right now I am in the middle of a novel that I have been writing since the summer, and I am like, "Where is the end?"

Also, getting myself to my desk everyday and keeping that flow going. I try to write between 800 and 1000 words a day. Just keep that momentum going even if it's not very good. I tell myself I can fix it in revision.

How do you inspire your students to write about something that is personal and meaningful to them?

Much has changed in your lifetime, in regard to being gay and being a woman in America. Are you optimistic for the country's future?

I just hope we can hold on.