When Susan Venters moved into Sandlewood Apartments in 1987, she was excited about starting a new life with her children at the east Charlotte complex. She soon became popular with neighborhood kids, selling candy to keep them from running across dangerous Harris Boulevard to the store. 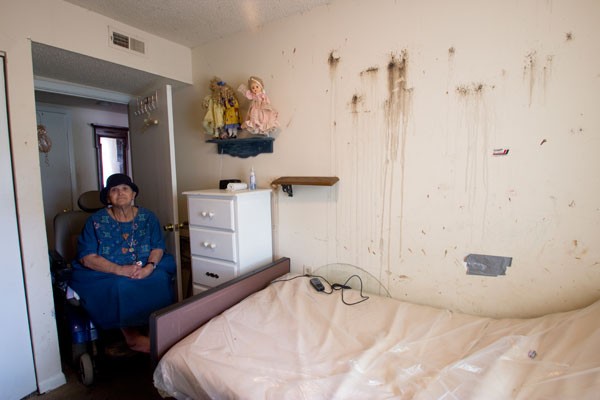 But then summer 2011 rolled around, and bed bugs got into Venters' apartment. What should have been a quick fix from the manager at the time has since turned her life into a living hell. Confined to a wheelchair and living alone, she was nearly evicted earlier this year when she could not move furniture from the wall to allow management to treat her place for bugs. She says the stressful ordeal has aggravated her health problems, causing her to spend time in the hospital.

Venters is not the only resident living in dangerous, sometimes code-violating, conditions. Black mold, rust and shoddy construction run rampant in the complex, and some apartments lack smoke alarms and functioning doors or heating systems. Even though it is unlawful to collect rent, or allow new occupants into apartments under such conditions, tenants continue to pay.

The problems have caused tension between tenants and the ever-changing management groups. Sandlewood has seen three different management companies in the last year. Ownership has since changed twice.

Residents are cautiously optimistic that the newest owner, The Benoit Group, will turn things around. The Atlanta-based company bought the complex in December. After its vice president, Torian Priestly, listened to tenants' grievances in a meeting on May 30, he fired the complex's manager, Ambling Management Co., and brought on LEDIC Management Group. Residents say they have noticed that the Memphis-based company is more willing to communicate than its predecessor.

Priestly also fired security guards whom tenants complained were getting friendly with drug dealers in the neighborhood — even bullying some residents. They were given until June 30 to vacate the apartment they had been living in for free. Jose Vanderhorst, Sandlewood's maintenance man — and perhaps enemy No. 1 in the eyes of tenants — also was given the axe. Residents told stories of how irresponsibly Vanderhorst responded to problems, pouring bleach on black mold and painting over rust in bath tubs. They said that Ambling, the complex's former managers, never held Vanderhorst accountable.

Managers and owners, past and present, aren't entirely to blame for Sandlewood's problems. About a third of the 150 apartments are classified as Section 8 by the federal government, which means tenants in those 50 units pay 30 percent of their adjusted income on rent, and the U.S. Department of Housing and Urban Development — commonly known as HUD — covers the rest. As an affordable-housing complex, many of the repairs depend on federal grant money, which Priestly has told tenants his company is close to securing. It's also relying on the Affordable Housing Program, which operates under HUD, giving it a half-million-dollar grant. The Benoit Group and LEDIC refused to comment for this story.

"We want to get that clear communication going [between tenants and ownership]," said Rob Coats, a Sandlewood investor, during the May 30 meeting. "We cannot have the adversarial type of relationship we've had if we're going to make this work. My mission is affordable housing, and that's it."

But residents, many of whom can't afford to move, can't wait for the bureaucracy to work itself out.

Ronald Vereen, a former Marine who is now a quadriplegic, spends almost every day in his apartment. The black mold in his bathroom always grows over paint jobs. Rain water seeps through a large crack that runs down the wall onto his bedroom carpet. When the rain dries, it leaves pollen, says Vereen, who has had a tracheotomy for other health issues. 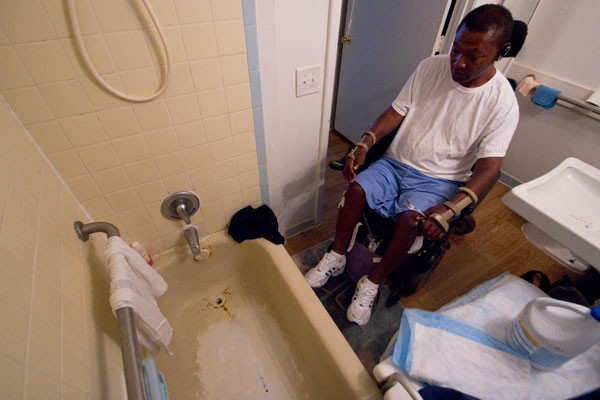 "I have to sleep with the bedroom door wide open, or I will just cough all night," he said.

Though a fire alarm was recently installed in Vereen's living room, the mold and rust in his bathroom linger. He cringes at the thought of summer storms.

But to Vereen, Sandlewood is still home.

"I love it here. I love calling it home. I just want to get the mold and my breathing problems taken care of." 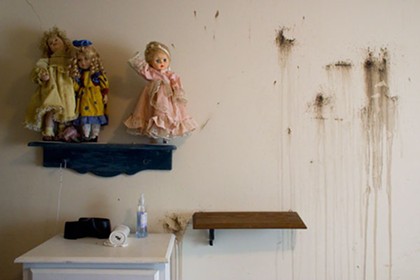 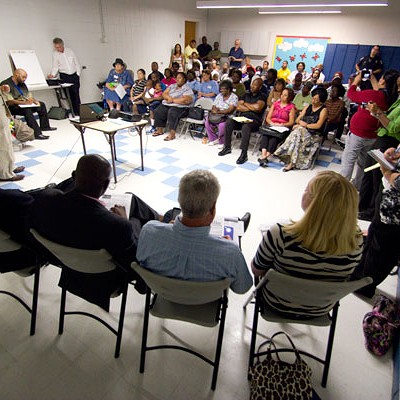 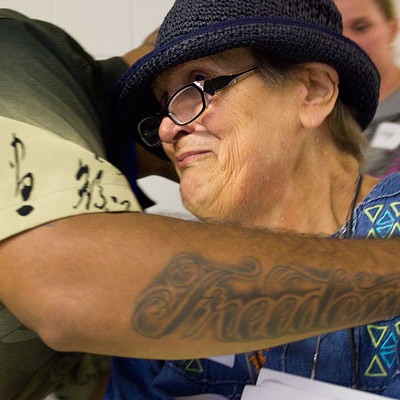 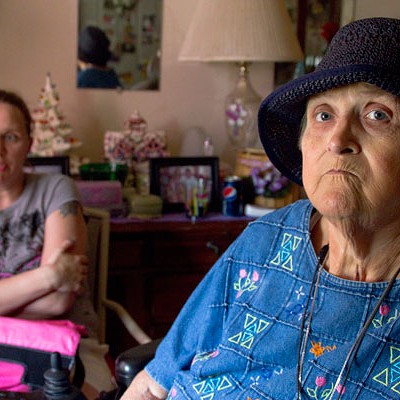