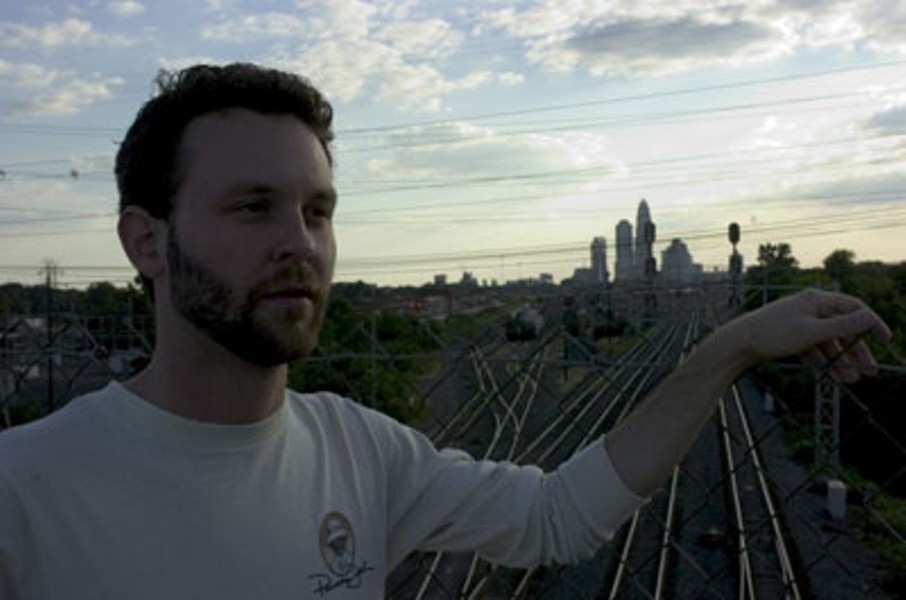 Kristopher Baucom does so many things besides music, we almost mistook his Top 5 e-mail for some political press release. Among his accomplishments, Kris listed his membership in Charlotte's experimental music fringe -- most notably, Pyramid -- dead last. So what was first? His work as campaign manager for US Congressional hopeful Beth Troutman. Second? His day job as marketing director for Charlotte-based Boulevard Films, a TV commercial company. Ho-hum! We're more impressed with the dark, sprawling, cinematic music on Pyramid's debut album, The First American. When Kris isn't out campaigning, making commercials or turning keyboards, horns and percussion into wild, orchestrated noise, here's five other things he's been diggin' lately:

1. The Books. "Their latest, Lost and Safe, weaves a sonic tapestry of found sounds, organic strings, and vocal samples that will tickle the little hairs in your ears. If you want to start from the beginning, Thought for Food and The Lemon of Pink are more abstract offerings, but equally awesome."

2. Kefir. "A smart and scrumptious friend turned me on to this probiotic pleasure that cleanses the intestine, contributes to a healthy immune system, and tranquilizes the nervous system -- all the while tasting like a yogurt smoothie. Smart and scrumptious."

3. Musashi Restaurant. "Not brand new, but new to me. Tucked away in an anonymous strip-mall on Johnston Road, Musashi's cozy dining room is a great place to feast on the best sushi in Charlotte. Kind of a hike from my stomping grounds, but it's well worth the price in gas."

5. The Greenhornes. "Particularly their third album, Dual Mono. Their British Invasion-style psychedelia feels like a bunch of deep cuts you discovered in your uncle's basement record collection. The Greenhornes have a couple of tracks on Jim Jarmusch's Broken Flowers soundtrack and were the backing band on Loretta Lynn's Grammy-winning Van Lear Rose. Check 'em out."