I call it The Norbit Effect, that unfortunate happenstance when an acclaimed actor has a turkey in theaters at the same time he or she is hoping to nab an Academy Award for a quality film. The name, of course, references that time when Eddie Murphy was primed to win the Best Supporting Actor Oscar for 2006's Dreamgirls but instead came up empty-handed, with one theory being that his critically reviled comedy Norbit was in theaters during the voting period and Academy members were too embarrassed to mark his name on the ballot.

This year, we have two films on vulgar display, both opening on the same weekend and both co-starring a current Oscar-nominated frontrunner. Eddie Redmayne, a Best Actor nominee for The Theory of Everything, and Julianne Moore, a Best Actress candidate for Still Alice, can be seen in sizable supporting parts in, respectively, Jupiter Ascending and Seventh Son. Will either's Oscar chances be shanghaied by this unfortunate timing? Probably not, though in one of the two instances, it should at least cause voters to pause before marking that "x" on the ballot.

In the case of Julianne Moore, her probable victory for Still Alice won't be at all threatened by her turn in Seventh Son. She's perfectly acceptable as the story's heavy, a witch known by the rather benign name of Mother Malkin. Her performance is no worse than those delivered by a sizable number of A-list actresses recently cast as matriarchal evildoers in magical realms: Rachel Weisz, Julia Roberts, Charlize Theron, the absurdly Oscar-nominated Meryl Streep, etc. No, the guffaw-worthy turn in Seventh Son comes from the cast member already blessed with an Oscar — that would be top-billed Jeff Bridges as Master John Gregory, an elderly knight now renowned for his witch- and spirit-hunting abilities. Doubtless realizing he's wallowing in nonsense, Bridges gives his otherwise bland character a unique accent (speech impediment?), delivering all of his lines as a mix of his True Grit character, a belligerent walrus, and a 45 rpm record played at 33-1/3 rpm.

Beyond Bridges' ham-on-wry performance, there's nothing remotely original about Seventh Son, which is based on a YA novel — The Spook's Apprentice in its U.K. homeland, The Last Apprentice: Revenge of the Witch on this side of the Atlantic — but might as well be based on 10,000 previous fantasy flicks. Seeking a new assistant in his battle against the dark arts, Master Gregory seeks out a young farmhand named Tom Ward (bland Ben Barnes), who's the Chosen One since he's the seventh son of a seventh son. But complications develop when Tom falls for Mother Malkin's niece, a good witch named Alice (Swedish actress Alicia Vikander, seen to better effect in Anna Karenina and A Royal Affair). On top of that, there's the sordid history between Master Gregory and Mother Malkin, since they once were lovers. And then there's the gargantuan secret that Tom's mother (Olivia Williams) is keeping from him. Presumably, not even a full season of General Hospital contains this much hoary, ham-fisted melodrama.

Considering the film wasn't shot in 3-D but was converted at a later date in the post-production process, the visuals are pretty good, demonstrating we've come a long way since the muddy eyesore vistas of Alice in Wonderland and Clash of the Titans. But when everything taking place within the screen parameters is so dull and uninspired, it's hard to get too excited by a crisp look. Mother Malkin has the ability to turn into a dragon at will, but — to paraphrase Lloyd Bentsen's retort to Dan Quayle — I screened Smaug; I knew Smaug. Mother, you're no Smaug (or Jack Kennedy, for that matter). Similarly, the ethereal spirits look like unused apparitions from Bridges' debacle R.I.P.D., while the enterprise as a whole has a whiff of Eragon ineptitude to it. But I was amused by Tusk, a lumbering man-beast who helps out our heroes from time to time. There's a scene in which Tusk is shown not to wash his hands after relieving himself, and it was at that moment when I realized this ugly ogre with a bad haircut and poor hygiene was the spitting image of N.C.'s very own Sen. Thom "Let them eat shit!" Tillis. 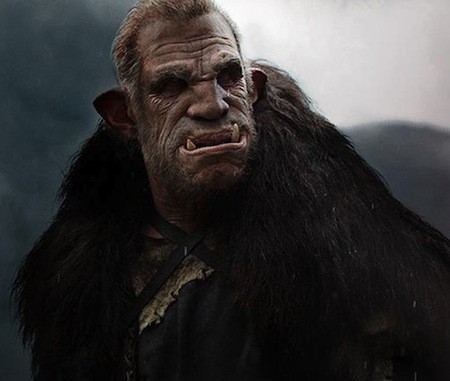 Jupiter Ascending is, on balance, a better film than Seventh Son, but while it may be a screen original concocted by siblings Andy and Lana Wachowski, it feels no less a YA rip than SS. The heroine is Jupiter Jones (Mila Kunis), a Russian immigrant who discovers she possesses the same DNA as an otherworldly (and deceased) queen and thus engages in a power struggle with the royal's three bratty children (Eddie Redmayne, Douglas Booth and Tuppence Middleton) for control of our planet. Helping Jupiter out is a wolfman named Caine Wise (Channing Tatum), who lost his wings (that would make him a birdman instead of a wolfman had Michael Keaton not patented the concept) but hopes to gain them back at the moment that George Bailey's daughter Zuzu rings a bell in Bedford Falls. Or something.

There's actually a seed of a good idea buried in Jupiter Ascending, particularly in its themes relating to class struggles, the weight of historical bloodlines, and the notion of Earth as a gambling chip (all also pondered in the Wachowskis' woefully underrated Cloud Atlas). But the entire project suffers from a severe case of overkill, with the Wachowskis offering too much arid exposition and too many artless explosions. The film is packed with odd creatures, but few feel original: An elephant-like pilot seems to have been ported over from the Star Wars universe, while the dinosaurs serving as villainous henchmen bring to mind those ridiculous Goombas from that dreadful Super Mario Bros. movie. As for Jupiter, she proves to be far too passive a heroine, relying on the able Caine to repeatedly come to her rescue.

The performances are all on the subtle side, with the notable exception of, yes, Eddie Redmayne. His turn as Balem Abrasax is risible, and it's impossible to stifle giggles whenever he speaks, whether in hushed tones or loud declarations. His performance as Stephen Hawking in The Theory of Everything is rightly admired, but in this misfire, he seems only capable of providing a brief history of ham. 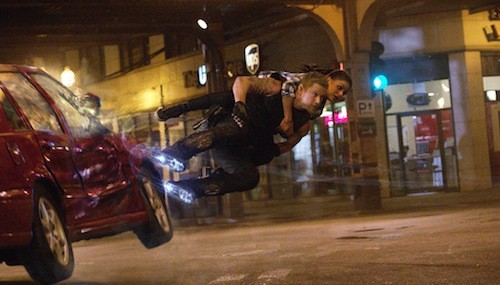