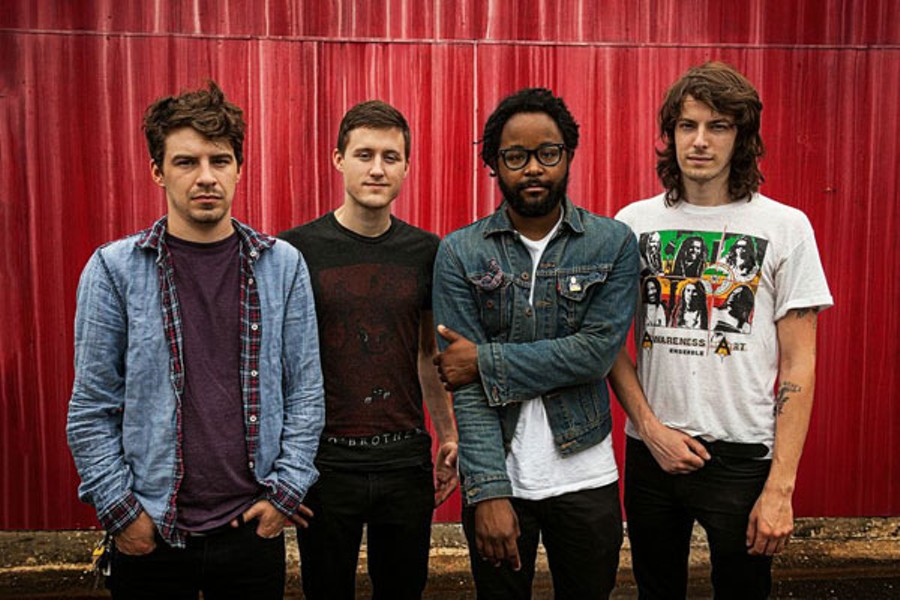 Most musicians simply hope to be able to pay their bills. Many would like to tour regularly and play for hundreds, if not thousands, of people. Philip Wheeler, guitarist for the Charlotte rock band Junior Astronomers, isn't afraid to think of loftier goals. "You want to be the dude who one day can walk into a nice restaurant, like 131 Main or Chima, with no shoes and no shirt on, and get a table right away," he says with a grin.

Wheeler is sitting outside of Common Market in Plaza Midwood with the band's singer, Terrence Richard, chatting about the upcoming release of their first full-length album, Dead Nostalgia, which may well set them on a course to those goals. It's the band's first new material in more than three years, so you can imagine the group's anticipation for the July 13 release party at Neighborhood Theatre.

"We started writing and recording for this about a year and a half ago," Wheeler says. "Part of the reason that it took so long is that we took our time. We're really self-conscious about things sounding bad."

When Wheeler and Richard admit that they will argue while writing some of the band's best material, you can see that they aren't the types to fight at length, come to blows or be on the brink of breaking up the band. They're old friends who simply need to work through their disagreements. After all, the two, now in their mid- to late 20s, have known each other since high school and even share the same birthday — Oct. 22, born at the same hospital, albeit in different years. The band is rounded out by Elias Pittman on drums and bassist Colin Watts.

"It's like any relationship. It takes work," Richard says. "You have to understand what people like and find a middle ground so that you can make sure the product is the best you can make it. No one looks at their part as the best, but you have to find out what makes the song the best."

What drives Junior Astronomers' music is a combination of nontraditional chord progressions and Richard's emotive vocals as drums crash down and the bass keeps the music steady. It's churning rock 'n' roll that strays into punk influences and indie rhythms.

Wheeler says he actively seeks out unexpected chord changes and guitar styles to keep from "sounding lame," while Richard admits he has no "classic training" when it comes to singing. The band has had a similar sound since its debut EP, I Had Plans For Us, was released in 2009.

"I want our songs to be driven by emotion," Richard says. "When you're young, music is an outlet for that. Now, we're trying to craft something that we really love and that people will want to listen to. It's all got to flow and work with each part of the song. You don't want the drums to hit too hard when I'm singing softly."

Richard is a personable frontman whose focus is connecting with the audience. His energy draws crowds in and keeps their attention, whether singing/screaming lyrics or occasionally hammering away on a single drum nearby. "I started using that drum to add to the music and to give me something to do while I wasn't singing," he says, pulling his shoulder-length dreadlocks back under his hat. "Now, I'm trying to get other people to [drum] for me so I can focus more on my words and the crowd. As I've gotten older, I've gotten better at articulating what I want to say with the lyrics."

Because of the passion the band has for its music and the time they spend crafting tracks from instrument to lyrics, it's no surprise when Wheeler says, "We don't have extra songs. We went into the studio with a handful of songs and wrote six more while we were there. That's it."

"It's frustrating when people ask us to play one more song, and we don't have one more to play," Richard adds. "Most of what we're playing at the release party is stuff no one's heard before."