John Wick: Chapter Two too much 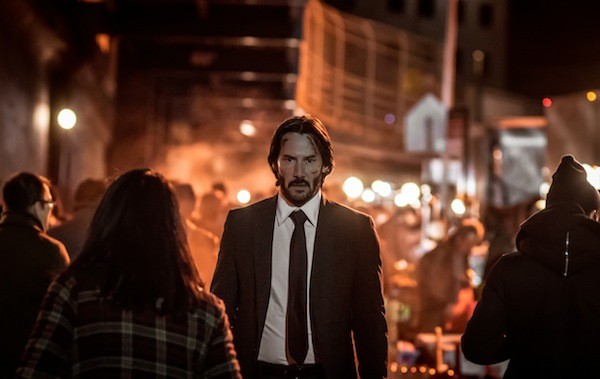 In today's seen-it-all world, it's becoming increasingly difficult to find action films that actually deliver on the action. Most of it is so stylized, so choreographed, so CGIed, that the chances of audience adrenaline being satisfactorily pumped has fallen significantly.

So maybe it was a resigned attitude that led to 2014's John Wick being hailed in some quarters as a modern action classic. Personally, it seems inconceivable to me that the Keanu Reeves picture could be so highly praised when the mere existence of two recent action spectaculars, the 2011 Indonesian effort The Raid: Redemption and its 2014 sequel The Raid 2, makes John Wick look like outtakes from Driving Miss Daisy by comparison. As I wrote in my review, "John Wick feels as if it should have starred Chuck Norris back in 1986. This is the sort of film where you can practically see the assistant director on the side telling each bit player cast as a killer when to join the scene, since there's no logical reason why their characters wouldn't gang-rush Wick at once rather than stagger-step their entrances."

Yet here we are with John Wick: Chapter Two, which is more of the same, only Super-Sized. Running 122 minutes (its predecessor ran a more manageable 96 minutes), it features more action, more gunplay, more gore and more tedium. Reeves is again suitably taciturn as the former assassin who, just when he thought he was out, gets pulled back in, and the criminal world created for the first picture — a landscape in which there exists neutral-zone hotels in which no blood may be spilled — retains its unique appeal. But the action is as repetitive as a record attempting to get past a scratched portion, as Wick spins around a flunky, punches him a couple of times, then shoots him in the head — by my count, this happens approximately 854 times over the course of the film.

Still, gun fetishists will adore this film, as more time is spent lovingly mulling over the characteristics of individual weapons than on anything else. NRA members are best advised not to leave the K-Y at home.