Jana Mashonee is no one's Pocahontas 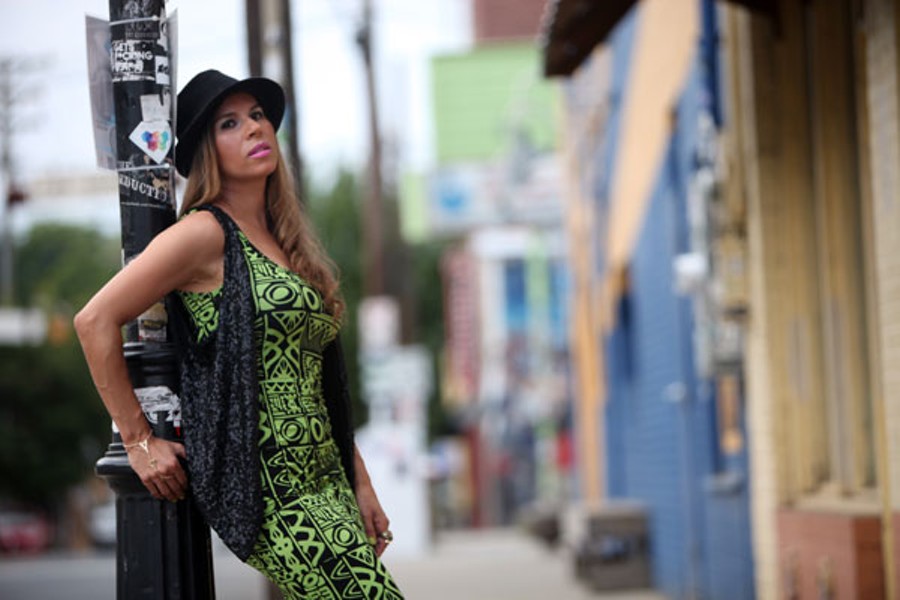 Jana Mashonee is fine with all of those "first" tags that others usually put after her name. She's credited as the first self-identifying Native American woman to graduate from Davidson College; top the Billboard dance charts; have a CD sold in Walmart. But she'd rather be recognized for her musical talents than any labels.

In mid-July, Mashonee's film debut as a lead actress — The Dinosaur Experiment, a B-movie starring Lorenzo Lamas about a modern-day Texas town overrun by dinosaurs — hit shelves of Walmart after having solid success via RedBox. It's the latest venture for the 34-year-old member of the Lumbee tribe who spends half of the year living in Charlotte. She's also written a book, performed at two presidential inaugurations and is currently wrapping up her fifth studio album — something she calls "more gritty" than the pop music she's released in the past — for a potential fall or early 2015 release.

Creative Loafing: You're involved in music and movies, you've written a book. Is music the priority for you?

Mashonee: It is. I started singing in Charlotte — I have a place here and in New York — and I have my roots here, but my band and management is there. I started here doing karaoke and had a band called Peace and Love back in the day — more than a decade ago. I sang at Carowinds. This has always been my home base. While I was in college, I got a record deal. After I graduated, I thought I'd give it a shot and see how it goes. Fifteen years later, I'm still doing it. It's been an awesome ride with Grammy nominations and inaugural balls — I've had amazing experiences. I'm blessed that I can do this and it's definitely my first passion. For my next album, I'm doing something completely different — more uptempo, edgy, quirky.

Is it tough to have labels put on you where you almost become a role model or spokesperson for Native Americans?

You have to take responsibility for your music and image. Unfortunately, because I'm Native, people think I'm the spokesperson for all things Native. I do feel that I have a responsibility to speak on behalf of myself as a Native person. It's more about breaking down stereotypes. I don't mind representing the Lumbee tribe because there are people who don't know about us. I want my art to be noticed first — and I happen to be Native.

That's one of the reasons you got involved with the movie — you didn't want a stereotypical role.

I always get offered roles in historical movies or TV projects where it's a Pocahontas role. I wanted to come out and do something that's not a typical Native role. I wanted to do a silly role where I can be a regular person. I didn't need to live in a teepee or speak with a slow affect. It's the ultimate B-movie and it's funny and stupid. Hopefully it can pave the way for some future acting opportunities.