"Pump It Up" Dance Champion 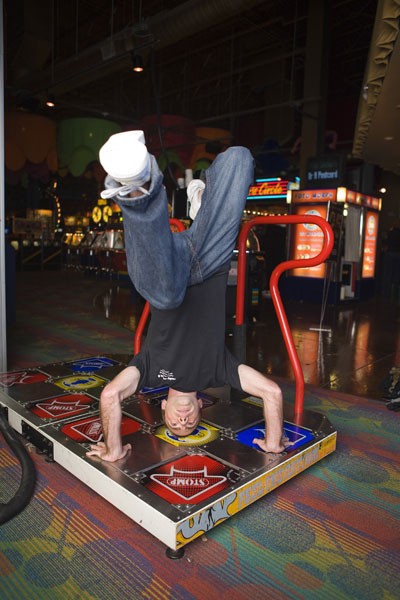 Twenty-four-year-old James DeVito (a.k.a. Smidget) began playing the dance arcade game "Pump It Up" in 2001. For the last six years, he has honed his freestyle skills to become a phenomenon in the dance game world.

DeVito is the national freestyle "Pump It Up" champion, taking first place in the country in 2005 and 2006. His gaming and dancing talents have taken him to Korea for the "Pump It Up" World Championships, where he took sixth place in freestyle in 2006.

In the fall of 2004, DeVito was a featured act on Steve Harvey's show Big Time. "It was a lot of fun to be on national TV," says DeVito. "It was a great moment because it was an off-the-cuff performance; I just came up with it on the fly right there in front of the audience."

The nickname "Smidget" originated from his online gaming career when he was a young teenager. "It's a combination of the words smidgen and midget -- a smidgen or pinch of an ingredient when cooking and midget of course because of my small 5'2" stature."

His day job is as a studio engineer in Web maintenance for Derek Prince Ministries, a Bible-teaching ministry.

As part of a yearlong marketing campaign in 2005 for "Pump It Up," DeVito traveled all over the county to promote the home console version of the game. "It was surreal," he says. "I did demos all over the United States; it was amazing to be able to represent the game and myself in such a big way."