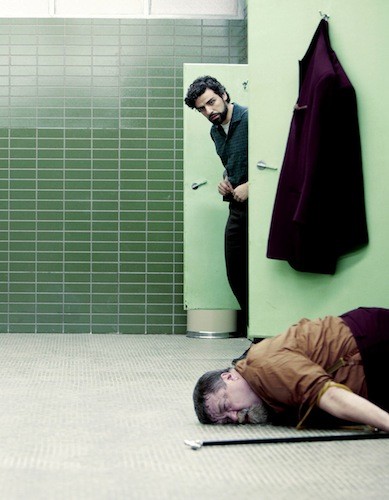 INSIDE LLEWYN DAVIS (2013). Meet Llewyn Davis, the protagonist of what turned out to be the best film of 2013. As sharply played by Oscar Isaac, he remains a compelling jerk almost from first frame to last, with only a few flashes of decency scattered throughout the film like snowflakes that don't stick. Llewyn's a folk singer in 1961 New York who's just waiting for that big break, the one that will allow him to finally stop having to sleep couch-to-couch and further enable him to buy a winter coat all his own. While others try to fit him into aural ensembles, he feels he has what it takes to be a solo star, and he presses forward in that capacity. It's not easy, of course: While he manages an occasional gig here and there at Greenwich Village's Gaslight cafe, lack of funds forces him to record a novelty song (the delightful "Please Mr. Kennedy") with his friend Jim (Justin Timberlake) and an amiable fellow named Al Cody (Adam Driver). His determination even leads him to embark on an odyssey to Chicago to meet influential club owner and music maven Bud Grossman (F. Murray Abraham); to get there, he hitches a ride with cane-wielding blowhard Roland Turner (John Goodman, who was worthy of the Best Supporting Actor Oscar) and his driver Johnny Five (Garrett Hedlund). Matters aren't much better on the personal front. In addition to his homeless status, he also has to contend with the unexpected pregnancy of Jim's wife Jean (Carey Mulligan, breaking her string of miscasting cues with a wonderfully tart turn), with whom he recently had an affair. Not knowing whether the baby is Llewyn's or Jim's — Llewyn insists the condom must have been defective — Jean is furious, since she would want to keep Jim's child but not Llewyn's. "You're the opposite of King Midas," she bellows. "Everything you touch turns to shit!" Like many Joel and Ethan Coen concoctions, Inside Llewyn Davis is a take-it-or-leave-it effort; in fact, head to the Internet and you'll drown in message boards titled "boring" (or, to really hammer home the point, one tagged "boring, boring, long and boring"). Yet as with many works from great filmmakers, how much you invest in the movie may determine how much you derive from it. In the same manner as No Country for Old Men and A Serious Man, the dynamic duo is offering plenty of food for thought, and as with those fellow four-star films, this one beautifully stands up to viewing after viewing.

The only extra on the Blu-ray is a making-of piece. 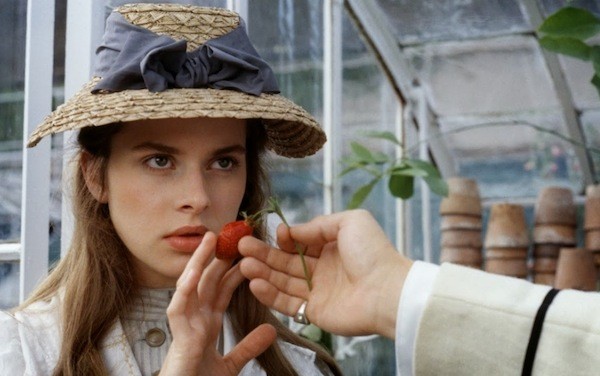 TESS (1980). A couple of years after his arrest for raping a 13-year-old girl (as well as his subsequent flight from justice), Roman Polanski returned to the director's chair for this sumptuous adaptation of Thomas Hardy's Tess of the d'Urbervilles. Polanski's then-girlfriend Nastassja Kinski (all of 15 when the 43-year-old filmmaker started dating her and all of 17 when they broke up) emerged an international star thanks to her luminous performance as the title character, a lower-class lass whose parents force her to visit a distant — and well-to-do — branch of the family in order to capitalize on their shared lineage. She ends up getting pursued by the lustful Alec d'Urberville (Leigh Lawson), ostensibly a first cousin, but later finds herself also involved with Angel Clare (Peter Firth), a reverend's son whose betrayal of Tess ultimately leads to tragedy. Like Woody Allen and James Cameron, Polanski is one of those men who, despite his icky treatment of women in real life, manages to create strong and compelling female characters for the screen. Kinski's Tess is one such individual, and she provides the center to a film that's also noteworthy for its technical resplendence; particularly powerful is the cinematography by Geoffrey Unsworth (who died of a heart attack shortly into production) and Ghislain Cloquet (who shot the remainder of the film). Nominated for six Academy Awards (including Best Picture), this won three: Best Cinematography, Costume Design and Art Direction & Set Decoration.

Blu-ray extras include the 2006 documentary Once Upon a Time ... "Tess"; three making-of pieces featuring interviews with Polanski, Kinski, Lawson, producer Claude Berri and others; an interview with Polanski from a 1979 episode of The South Bank Show; and a piece shot for French television that contains behind-the-scenes footage. 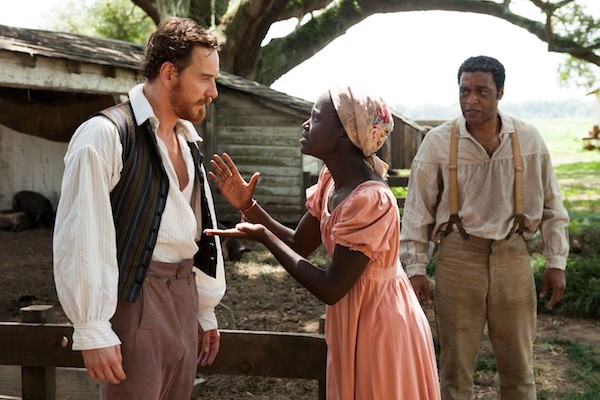 12 YEARS A SLAVE (2013). Like the landmark 1977 miniseries Roots, 12 Years a Slave turns to recorded history to gather the evidence against the evils of slavery, but because it's an R-rated movie rather than a prime-time-friendly TV show, the ghastly sights and accompanying sounds on display disturb far more deeply. Adapted by scripter John Ridley from the 1853 memoir by Solomon Northup, this shows how Mr. Northup (superbly played by Chiwetel Ejiofor) is enjoying life as a happy husband, a proud papa and, most crucially, a free black man in 1841 New York when his life takes a calamitous turn. Lured to Washington, D.C. under the pretense of employing his musical skills for the benefit of a traveling show, he instead is chained, beaten and provided with a new identity as a Georgia runaway named Platt. He's taken to a particularly capitalistic slave trader (Paul Giamatti), who in turn sells him to a soft-spoken Baptist preacher named William Ford (Benedict Cumberbatch). Ford, who owns a vast Louisiana plantation, admires Northup for his engineering skills, but trouble arises when one of his foremen (Paul Dano) takes it upon himself to teach this slave a lesson. Circumstances dictate that Northup be shuttled off to another owner, but unlike Ford, the sadistic Edwin Epps (Michael Fassbender) likes nothing about his new slave and seeks only to keep him down. Knowing the story's outcome does nothing to lessen the potency of what's shown on screen, largely because of the courageous manner in which director Steve McQueen holds certain shots as if he's daring us to look away for even a second. We don't — out of respect as much as anything else — although it's especially hard during an excruciatingly lengthy sequence in which Northup, with his hands still tied and a noose still around his neck after an aborted lynching, stands on his tippy toes in an effort not to hang himself. Audience unease also solidifies when the focal point is Patsey, a young slave who stirs the lust of Epps and earns the hatred of his wife (Sarah Paulson). Making her feature debut, Mexican-born, Kenyan-raised and Yale-educated Lupita Nyong'o is outstanding in the role, as Patsey is willing to learn what it takes to survive (as Northup has done) but too boxed in to really persevere. Nominated for nine Academy Awards, this earned three: Best Picture, Supporting Actress (Nyong'o) and Adapted Screenplay.

Blu-ray extras include a making-of featurette; a look at the cast and crew; and a piece on Hans Zimmer's score.