The latest Murder Mystery Drama from INSP Films, starring Johnathon Schaech and Sarah Lancaster, will be available on DVD and Digital HD on October 20th 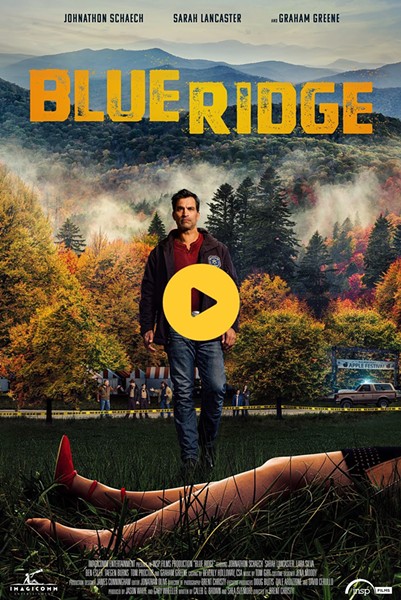 “Blue Ridge is the 10th movie offering in the rapidly growing Imagicomm library of films,” said Collins. “This newest addition is a thrilling nail-biter that features a strong storyline and a stellar cast whose stirring performances will leave viewers wanting more.”

About the film: A murder in a sleepy town at the heart of the Blue Ridge mountains refuels a longtime feud between two of the community’s most powerful families. The new sheriff, Justin Wise, finds himself in a race against time to solve the murder before ‘mountain justice’ takes over and the townspeople take the law into their own hands. Blue Ridge stars Johnathon Schaech (DC’s Legends of Tomorrow, That Thing You Do!), Sarah Lancaster (Christmas in the Smokies, Everwood), and Academy Award nominee Graham Greene (Dances with Wolves, The Green Mile).

Click here to view a trailer of the movie.

Blue Ridge is available for DVD pre-order on Amazon. On October 20th, the film will be available to view on digital platforms.

Imagicomm Entertainment is a distribution company focusing on films and television series with content ranging from action and adventure to drama and family holiday celebration.  Each project shows our commitment to strong storytelling, memorable characters, and high production values. Imagicomm Entertainment distributes content globally through popular streaming services such as Amazon Prime, Netflix and Vudu, as well as through DVDs from major retailers, and on traditional television outlets.